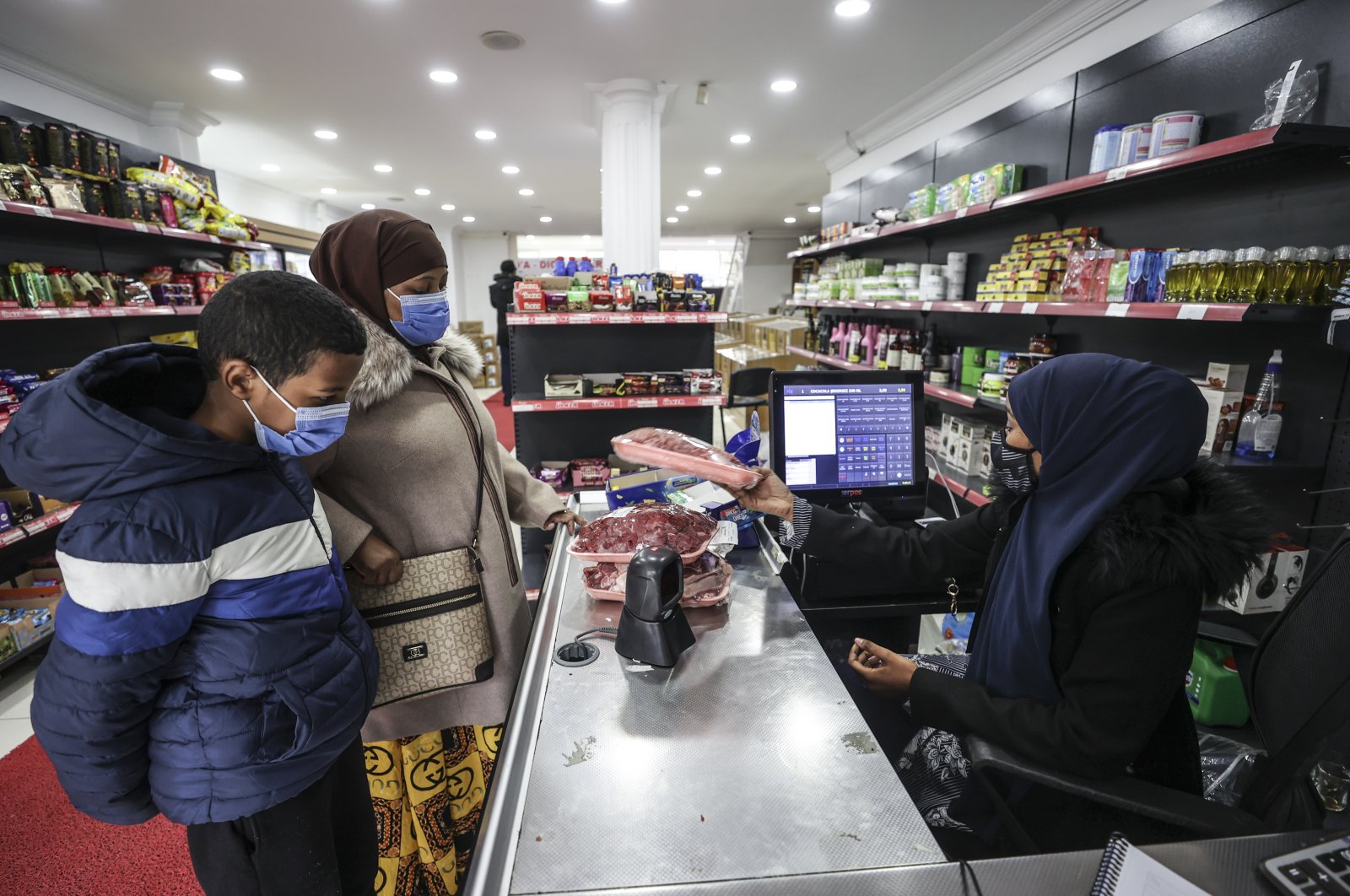 Istanbul might be the major attraction in Turkey for people from all around the world but for Somali nationals, the capital Ankara is the primary destination.

In Kızılay, the quarter at the heart of the capital, Somali restaurants dot the narrow streets, along with grocery stores and hairdressers, giving a touch of home for the expat community. Turkish customers’ interest in Somali cuisine thrives as well. It is a win-win for the community and local economy.

Turkey enjoys close relations on the state level with the African country, and shared cultural and religious values make the country a top destination for Somalis, either hailing from their own country or settling in Turkey after arriving from Europe.

Ankara, easier to navigate and find accommodation than Istanbul, is a top choice for the community. In Kızılay, Sümer 1 and Sümer 2 streets are almost turned into a small Somalia, with a row of businesses catering to the community, including consultancy firms.

Muhammad Isse Abdullah, one of the partners of a Somali restaurant, is among those who found his calling in setting up shop in the capital. Abdullah arrived in Turkey for education in 2012. He graduated from the Faculty of Business Administration, as well as the Faculty of Theology at Ondokuzmayıs University in Samsun and completed his master’s degree at Uludağ University in Bursa. Upon returning home, he decided to join friends who sought business opportunities in Turkey. Seeing high demand, they opened a second restaurant in Ankara in a few years and now plan to open the third one.

“These places have been like a center to get together for Somalis,” Abdullah told Anadolu Agency (AA) Monday. In addition to the restaurant business, Abdullah works as a consultant for new arrivals from Somalia. The street where his first restaurant is located hosts some 30 Somali-run businesses. “You can call it Somalia Street,” he jokes.

Abdullah says the businesses also give them an outlet to promote Somali culture in Ankara. “We are also trying to learn Turkish culture, language and customs,” he says. Abdullah adds that he is happy to live in Turkey. “We want to add a new color, new values to this beautiful country. This is our second country and we formed a bond of brotherhood with Turkey. All Somalis love Turkey and its people.”

Rahma, a British national of Somali origin who only gave one name, sells women’s dresses peculiar to her homeland, in a shop she runs with her daughter. “Many Turks ask me why I came all the way from London. I grew up there but I wanted to get more familiar with Turkish culture. I cater to Somali customers more but I have a small Turkish clientele as well,” she says. The idea of establishing a dress shop stemmed from the need to find traditional clothes in the capital for Rahma, she says.

Yahya Hassan Abdi decided to open a supermarket with his partners when he discovered that many community members, unfamiliar with the Turkish language, had difficulty shopping. A graduate of a Turkish university, Abdi settled in Turkey in 2019. “Most of my customers are fellow Somalis. I have a few Turkish customers too,” he says. Abdi says he encountered several difficulties, such as finding suppliers at first, but he learned the trade in time and his improved Turkish helped a lot.

“People here welcomed us and we do not have any problems with locals. They embraced us. It has been years since I first arrived here but I have never encountered any discrimination,” he told AA.