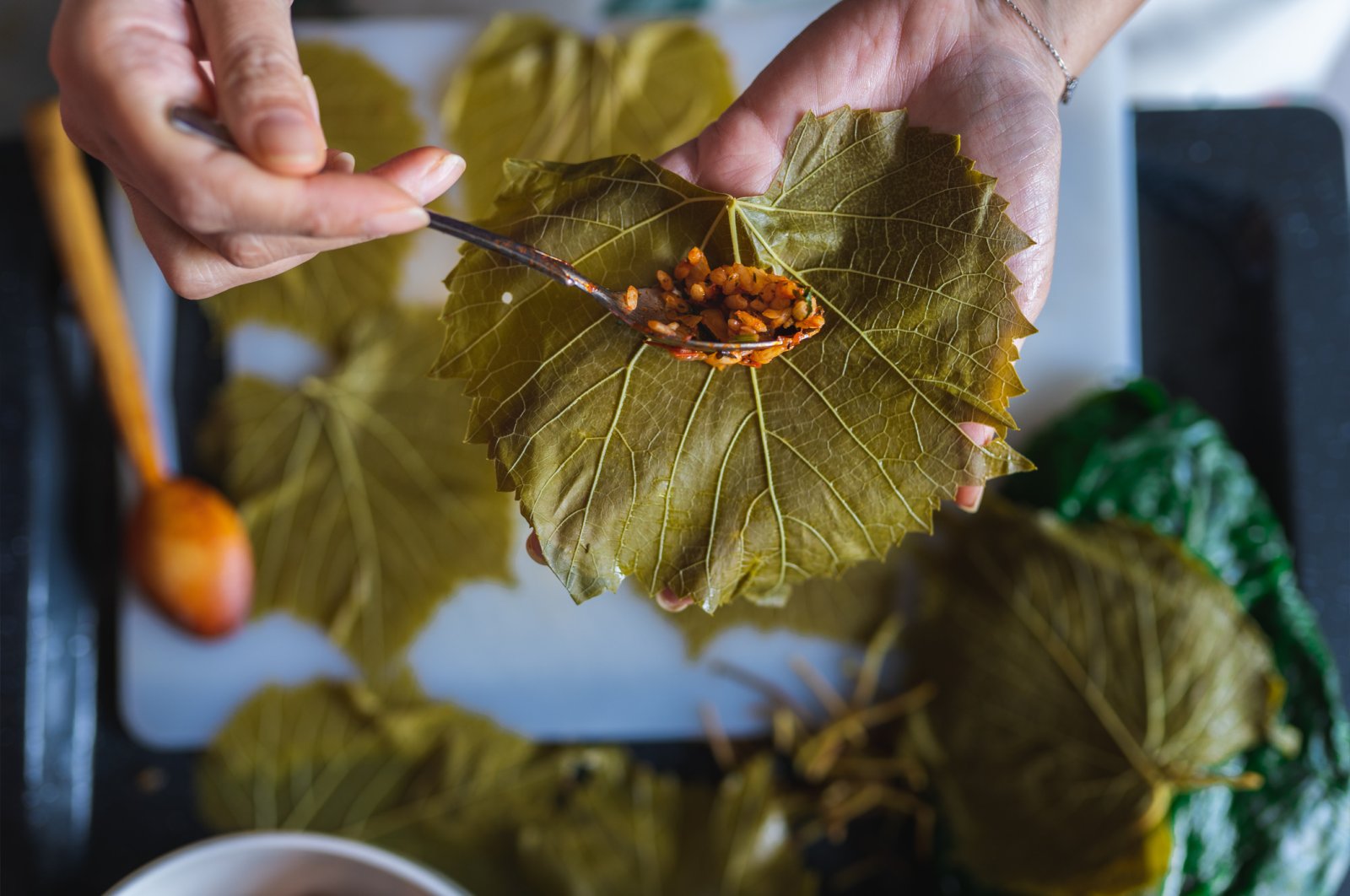 When it comes to umami flavors, Turkish dishes have plenty of options. (iStock Photo)
by Leyla Yvonne Ergil
Jun 29, 2020 11:15 am

Turkish cuisine has a mouthwatering variety of dishes. From sweet and sour to salty or bitter, there is no shortage of flavors. But what about umami, the (relatively) new kid on the block?

The elusive concept of the “umami” flavor, which is the fifth taste sensation, has been on the tip of every gourmand’s tongue lately, both figuratively and literally. Having recently become a household term, the Japanese word “umami” refers to the fifth basic taste, aka savory, along with the tastes of sweet, bitter, sour and salty.

Why is umami suddenly all the rage? Well, first of all, it was only recently officially acknowledged as being the fifth taste sensation at the turn of the millennium, when neuroscientists were finally able to pinpoint our distinctive taste bud receptors for the flavor of umami. The flavor is predominantly triggered by the presence of glutamic acid, which is either contained in the products themselves or used as a food additive, such as monosodium glutamate, or MSG. It is this very distinct flavor that creates cravings and renders a lot of food addictive. It’s not for nothing that “umami,” the very term used to describe the flavor, translates in English as “delicious taste.”

Some of the food items that are high in glutamate and the umami flavor include soy sauce, miso, broths, steak, fish, shellfish, grains and pulses, aged cheese, cured meats, ripe tomatoes, eggplant, cabbage, celery, wild greens, onions and garlic – making the craveability factor easy to comprehend. As nearly all of the aforementioned nutrients are commonly consumed in Turkey, it turns out that Turkish cuisine carries a great deal of the umami flavor and is thus extremely representative of this flavor. In fact, it could easily be argued that the cuisine in Turkey is the very embodiment of the umami flavor. Just check out these Turkish culinary specialties that have high levels of the flavor of umami.

Tomato paste: In Turkey, tomato paste is practically an art form. Many households will collect tomatoes at their ripest (in August) and boil them down themselves to create jars of tomato paste to be used throughout the year. This is because tomato paste, much like soy sauce and miso in Asian cuisine, forms the basis of a majority of dishes prepared, whether vegetable or meat-based, spanning from soups to kebabs. The Turks’ passion for the paste is so great that it is even eaten on its own as a breakfast condiment, not unlike Marmite for those "down under." Similarly high in umami flavor, roasted red pepper paste is also used as a seasoning in many dishes in Turkey and roasted red pepper flakes can be found as prominently as salt and pepper on practically every table in the country.

Tarhana: The world’s first-ever condensed soup is a pantry staple here in Turkey, made of finely ground sun-dried tomatoes, red peppers, onions and fermented grains and yogurt. The dry mix is prepared in the late summer months to be consumed as soup through the winter.

Mantı: These beloved soft dough dumplings are stuffed with minced meat and onions, boiled and then covered in yogurt with garlic and topped with a drizzling of sauce prepared from tomato or red pepper paste, red pepper flakes and butter. Mantı is another perfect example of the Turks’ mastery of the umami flavor.,

Iskender kebab: While the thinly sliced döner appears to take center stage in this dish – which is unequivocally many a Turk's favorite – everyone knows it is the tomato sauce the meat is doused in and the accompaniment of yogurt and grilled tomatoes and peppers that makes this another classic example of umami flavor. In fact, most of Turkey’s meat dishes, whether taş kebabı or pea stew, are prepared using tomato paste, which only increases the umami flavor of the dish. The minced-meat pizza-like lahmacun, prepped with onions and tomatoes and eaten with even more freshly sliced onions, is another immensely craved umami dish in Turkey.

Mercimek köftesi or çiğ köfte: The painstakingly kneaded and shaped lentil or “raw” meatless meatballs also contain a strong umami flavor due to the lentils and bulgur being prepared with tomato and red pepper pastes coupled with onions, making these ultimate umami treats. Top these with a drizzling of pomegranate molasses, yet another popular Turkish umami flavoring, and you literally can’t get any more umami.

Eggplant: Whether roasted, smoked or grilled, eggplants in all of their miraculous forms produce a mouth-watering umami flavor.

Wild greens: Luckily in the summer months, plenty of wonderful indigenous and wild herbs are picked, served blanched with olive oil and covered in crushed garlic, offering a healthy and strongly umami alternative.

Black olives: Practically a staple starter on many a Mediterranean dining table and an absolute must on the breakfast platter, the black olive is high in umami flavor, as is olive oil.

Stuffed mussels: Sold in carts on the streets, the beloved street food of rice-stuffed mussels is another example of umami flavors present in popular Turkish cuisine. Shellfish and fish overall are high in the umami flavor, so it makes sense that dishes such as anchovies and rice are so popular. Meanwhile in Turkey, the overwhelming majority of fish dishes are served with freshly sliced onion and arugula, which also work to draw out the elusive umami flavor.

Aged cheese: While one prime example of umami flavoring in aged cheese is Italian parmesan, Turkey has its own list of prized aged cheese with a strong umami flavor, including feta – which is inherently umami flavored – eski kaşar, Bergama tulum, mihalıç and Circassian smoked cheese.

Tavuk göğsü: This intriguing Turkish dessert, which incorporates shreds of chicken breast into a pudding of rice, milk and sugar, is one of the rare instances in which the umami flavor is showcased in a dessert in Turkish cuisine.