Tracking down Turkey’s rarest and most fascinating gemstones 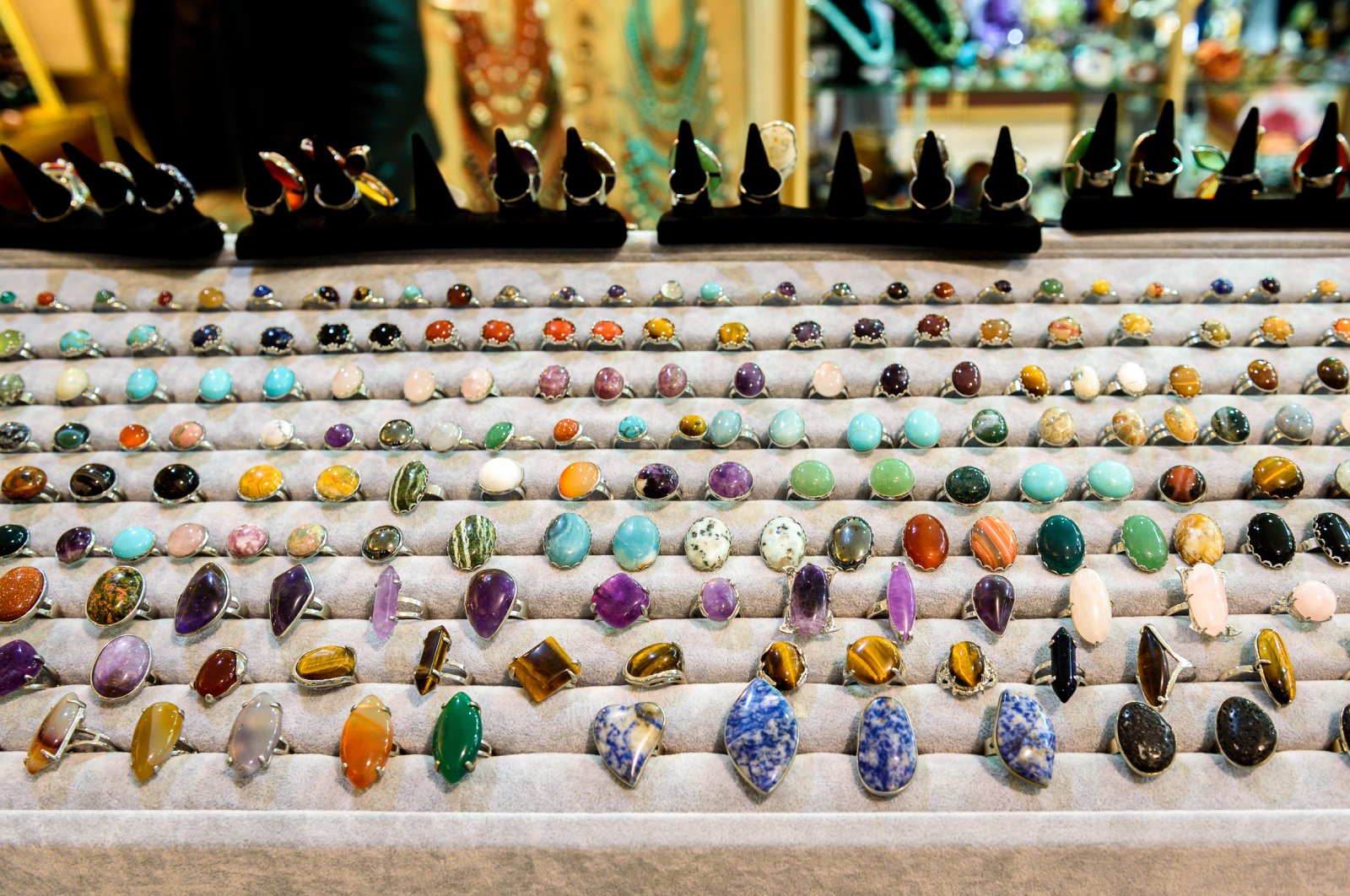 Known and used in various forms of jewelry for over 5,000 years, gemstones have always had a special place in Turkish culture as powerful objects beyond pure decoration. Here is a selection of colorful and fascinating precious rocks Turkey has to offer

Given Turkey’s unique geography, which is spread across two continents and surrounded by four seas, coupled with vast mountain ranges and diverse climates, it should come as no surprise that the country is home to a number of natural wonders, including a variety of very rare and sought-after stunning gemstones.

While some are rarer than others, with a number that only exist in Turkey, there is no better time than now to cherish these precious finds and embrace them for their health and healing properties. Whether you don these semiprecious gemstones and minerals as jewelry or simply keep them close to you, each of these seven stones from Turkey has its own believed benefits that can help us get through these trying times.

Zultanite is a rare and more recently surfaced gemstone that is only found in Turkey and has become one of the most popular stones of the millennium for its color-changing properties. Also referred to as csarite or sultanite, in reference to the Ottoman sultans, zultanite is the world’s rarest type of diaspore – a mineral named after the word diaspora, which in Greek means to scatter, in reference to the way the gemstone sparkles and reflects light. Considered to be 10 times as rare as diamonds, zultanite has only ever been found from one source: the Ilbir Mountains of Milas, located in Turkey’s Aegean province of Muğla. Generally a yellow-greenish gemstone, it can transform into a reddish-pink color in incandescent light and even reach hues of purple in mixed lighting, and can also possess the cat’s eye effect. Its healing properties are lesser-known due to it only having been discovered in the past few decades; however, it is believed that zultanite can assist in the development of psychic power, ambition and desire.

While chalcedony, which includes the varieties of agate and carnelian, can be found in a number of provinces throughout Turkey, including Ankara, Bursa, Çanakkale, Ordu, Rize and Tokat, the blue chalcedony hailing from Eskişehir’s Sarıcakaya region is definitely a much rarer find. Chalcedony got its name for the ancient seaport of Chalcedon, now known as Kadıköy in Istanbul, and these gems have historically been used as jewelry and stamps dating back thousands of years. The highly coveted blue chalcedony comes in grayish to purple-blue hues and is believed to relieve hostility and irritability and to promote sentiments of kindness and compassion. It is also believed that chalcedony is good for blood circulation, memory and speech and that it helps with learning languages. It is also believed to be beneficial to both lawyers and singers, who need to utilize their power of verbal expression.

Agate, which is also referred to as “akik” in Turkish, is a gemstone found in Turkey in a number of variations, including tree agate and tube agate, and is formed within volcanic rocks and lava beds from millions of years ago. This gem consists of a mix of chalcedony and quartz and comes in a variety of colors. The most famous agate in Turkey is çubuk agate, which comes from the district of the same name in Ankara. The colors reflected in the gem depend on the trace materials but can range from transparent to white, yellow, green, red, brown and even black. Believed to calm the nerves and help with sleep disorders, çubuk agate is also said to relieve fevers and to transform negativity.

Pink tourmaline is another gemstone primarily sourced in Turkey’s Yozgat province but also found in the Aydın and Çanakkale provinces. Known as the “rainbow stone,” it can have a variety of different hues ranging from pink to green. Said to help break addictions and increase focus, it is believed tourmaline can release lingering emotional pain and destructive feelings and generate sentiments of confidence and trust.

I bet you didn’t know that a rare variety of lavender and purple-colored jade comes from Turkey’s Bursa province. Also referred to as turkiyenite, this unique form of jadeite, aka imperial jade, is among the rarest in the world and is therefore extremely hard to come by. It has long been believed that jade eliminates toxins from the body, calms the nerves and cardiac system, and boosts the immune system. By keeping the wearer of this gem from harm, it is also said to bring the wearer good luck, love and even money.

Resulting from the fast cooling of volcanic lava, obsidian is volcanic glass that forms into igneous rock and has a long history of being used as a blade. It can be found in its black and brown variations throughout Turkey, in both central and eastern Anatolia as well as in the Aegean region. While Kars is best known for sourcing the obsidian we are most familiar with, Turkey also harbors the more rarely seen green obsidian in the craters of Mt. Nemrut in Eastern Anatolia, while red obsidian can be found in Rize’s Ikizdere region. Considered to be a protective stone, obsidian shields against both internal and external negativity and is believed to release tension and mental distress.

Oltu stone is a variation of jet, which comes from the town of Oltu in Erzurum Province. A jet is a type of lignite, and although it is derived from wood that has altered under extreme pressure, it is still considered to be a gemstone with healing properties. Also referred to as “black amber,” this stone of petrified wood is black and shiny and is, in fact, the inspiration behind the English idiom “jet black.” These black gems are regularly used in making the Turkish “tespih” prayer beads as well as jewelry and have been used in decorative items since the Bronze Age. This stone is believed to help ease headaches, migraine pain and mood swings and alleviate depression.