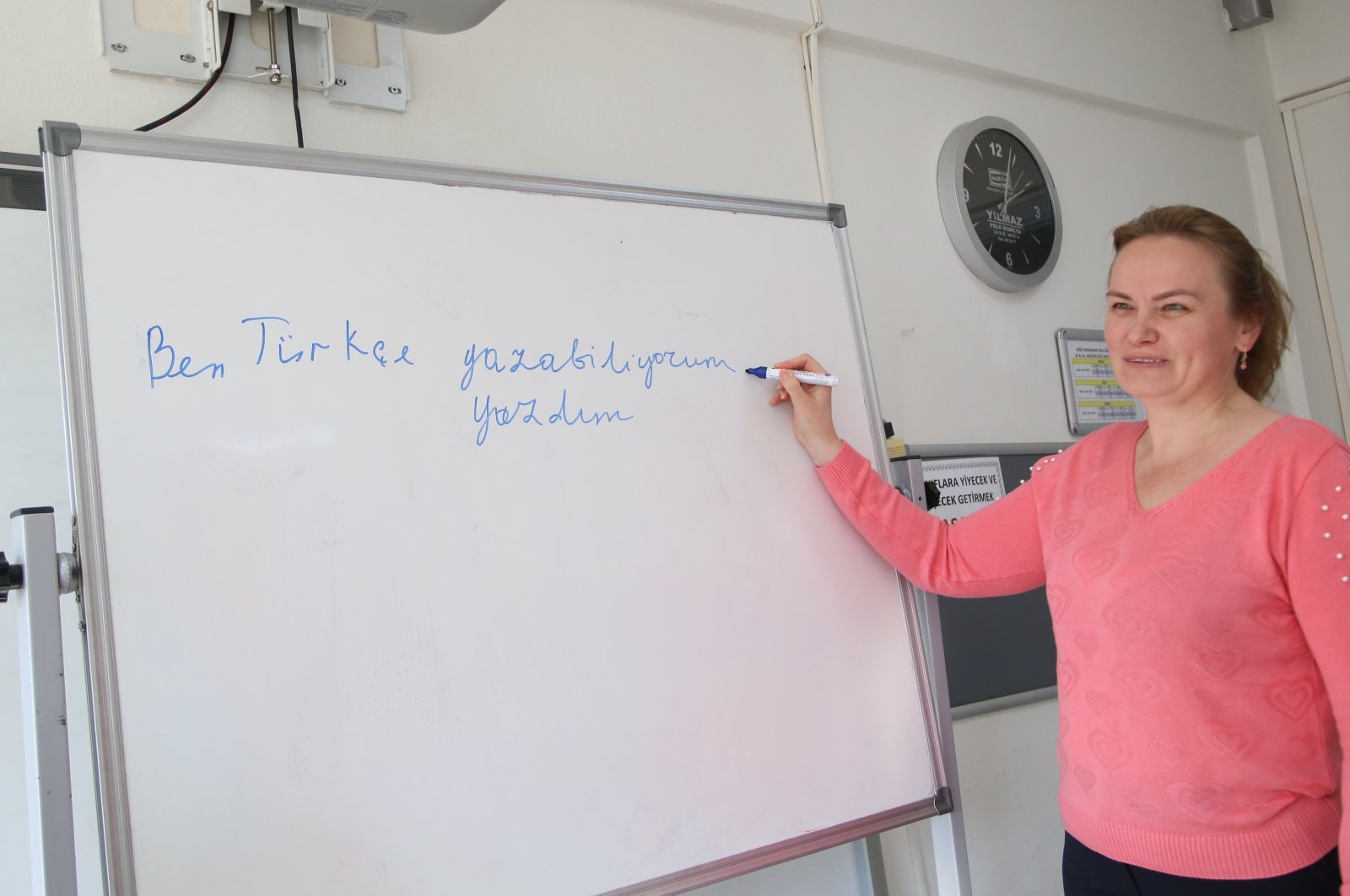 Antalya, a well-known tourist destination, is a spot where Russians and Ukrainians enjoy the same neighborhoods and attractions in addition to participating in joint Turkish language classes.

Every year, millions of visitors travel to Antalya for vacations, but there are also foreigners who reside there from countries like Germany, the United States and Ukraine.

The Russian-Ukrainian war caused a spike in applications for residency permits in the city, reaching 50,000 for Russians and 20,000 for Ukrainians.

Despite the conflict, the fact that Russians and Ukrainians coexist in the same areas and share classrooms and desks for the courses provided by the Provincial Directorate of National Education Public Education Centers is quite interesting.

Both Russians and Ukrainians, whose children attend the same schools and classes, are well-versed in Turkish culture and keep up with their own countries' curricula.

Governor Ersin Yazıcı reported that more people from these two nations have been arriving in Antalya, particularly during the Russia-Ukraine war, and that there is no hostility between the nationals of the two nations.

"We took high-level security precautions in hotels and areas, but no difficulties have yet been encountered," Yazıcı said.

According to Alyona Marchenko, a citizen of Russia, learning Turkish is essential for maintaining social harmony and making daily living easier. "Despite coming from different countries, our class is really friendly, and we get along very well. I want the world to be at peace in the same way that we are now. I wish for peace and the end of the war," he said.

Alina Maliş, a Ukrainian, claimed that she chose to learn Turkish for work and discovered that Turks are incredibly helpful and kind to one another.

Alexei Vladimirov, a Russian who just relocated to Antalya and enrolled in a Turkish course, says he has friends from a number of countries, including Ukraine, Kazakhstan and Uzbekistan, and that although they have a common language but they prefer to converse in Turkish.

"We still care about one another and can get along in this course despite the fact that the conflict in our country has tremendously troubled us," he said, remarking that it is wonderful to be in Turkish neighborhoods.

Elena Besova, who came from Russia 10 months ago, stated that she enrolled in the course three months ago. "She has Russian, Ukrainian, Iranian and Iraqi friends in the class from all countries. We don't have any problems, we all learn Turkish," she explained.

Mustafa Akçil, the director of the provincial national education branch, said that the public education centers host Turkish and social cohesion courses for both foreigners and Turks, with Russian and Ukrainian students making up the bulk of the classes. Akil remarked: "The Turkish courses we offer are in high demand. Both Russians and Ukrainians, as well as their kids who attend our schools, may live happily in our culture."