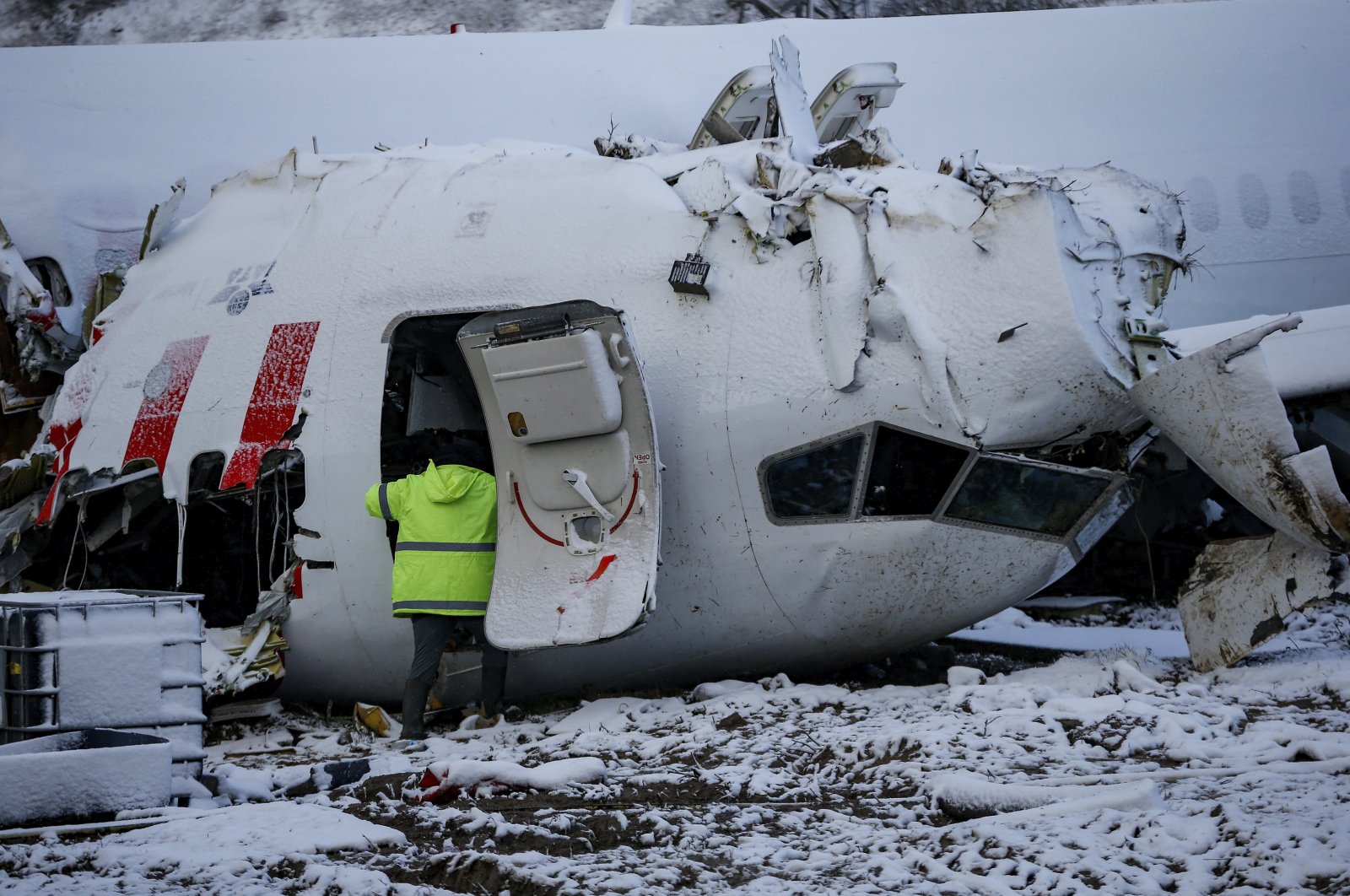 An expert witness report submitted to Ankara's Chief Public Prosecutor's Office on Friday blamed pilots for the Pegasus Airlines flight that crash-landed at Istanbul’s Sabiha Gökçen Airport back in February.

Prepared by a group of six experts in various fields related to aviation as part of the investigation into the crash, the report listed several causes that contributed to the incident that killed three people but found the pilots to be ultimately responsible for the accident.

The Boeing 737 operated by low-cost Pegasus Airlines was landing at Sabiha Gökçen Airport on Feb. 5 during strong winds and heavy rain as it overshot the runway, skidding about 60 meters (around 195 feet) before dropping into a ditch and breaking into three parts as it came to a rest. The plane was carrying 177 passengers and six crew members on board.

Investigating the aircraft’s black boxes, witness testimony and weather data on that day, the report said the captain of the flight, identified by his initials as M.A., made several errors during the final approach for landing and attributed the mistakes to the stress the pilot had experienced due to an earlier lightning strike the aircraft suffered en route.

According to the report, the pilot was above safe speed levels during the final approach and after touching down, he disabled the aircraft’s speed brake and autobrake systems before the aircraft reached the threshold speed of 57 knots.

“The aircraft moved on the runway for six seconds without losing any speed and the pilots applied maximum manual brakes,” the report said and added that the wet surface caused a loss of traction (hydroplaning) for the wheels to apply adequate stopping force, and the strong tailwinds contributed to the resulting crash.

Saying the pilot made the mistakes amid his desire to land the plane as soon as possible due to the stressful flight, the report named the captain pilot as the primary negligent party. It also blamed co-pilot F.P. for not warning the captain of the errors during the approach.

With less than 400 hours of flights logged with the company, the co-pilot failed to audibly warn the captain of errors that occurred on the glide slope, which occurs when the aircraft is assisted by the airport’s automated system for safe approach after it lines up with the runway.

The report also found several faults with the airport.

It said the runway 06, on which the Pegasus airliner landed, did not have a runway end safety area (RESA) and the lack of it contributed to the severity of the accident.

Naming the operating company of the airport also a primary negligent party, the report said the area at the end of the runway was constructed against regulations and contributed to significant delays for emergency services to reach the fuselage – a process it said took 24 minutes.

The report also found air traffic controllers at Sabiha Gökçen tower at fault for failing to advise the pilots to perform a go-around, a procedure in which pilots abandon the current landing attempt for another try.