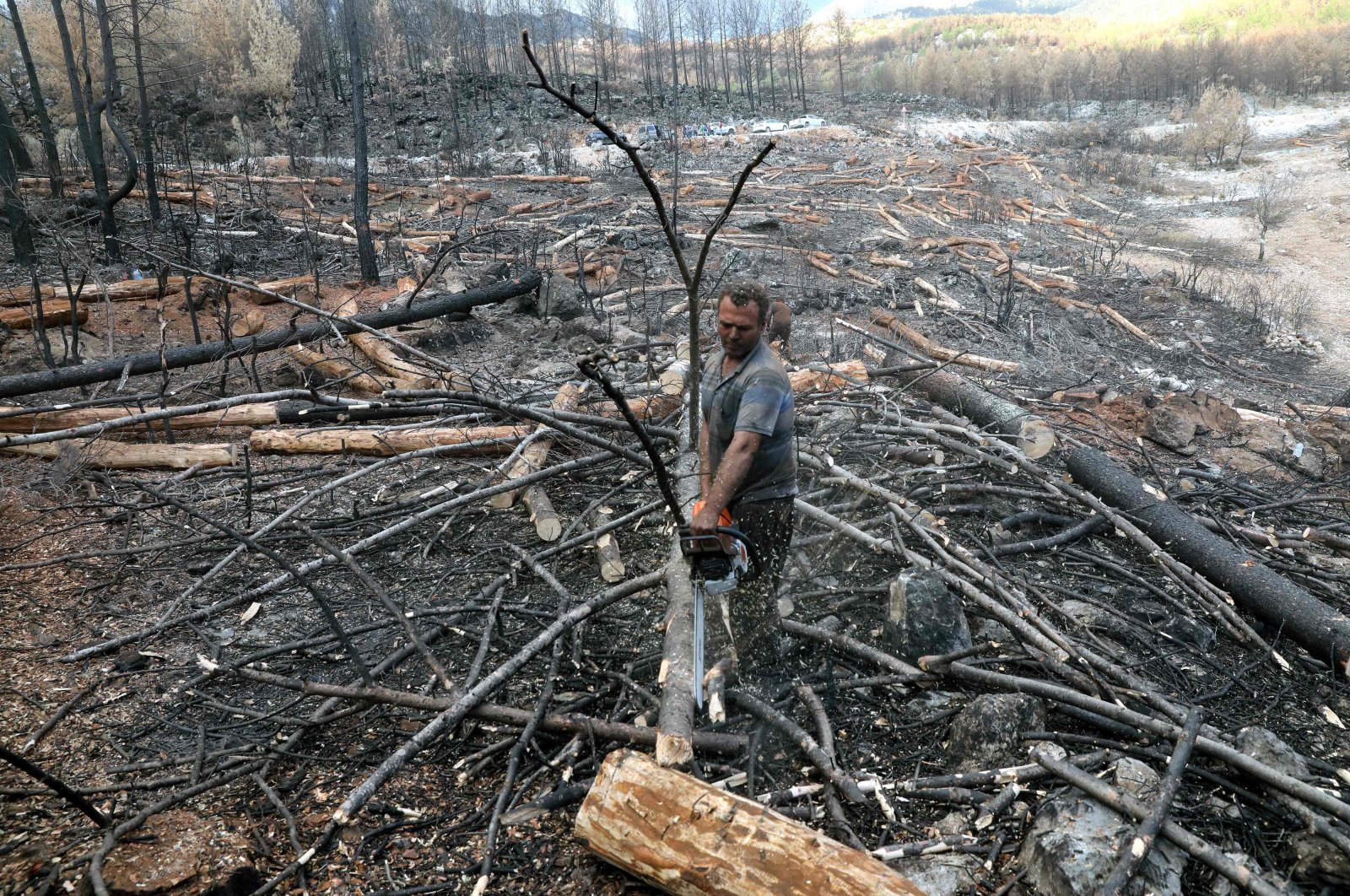 A group of experts called for the creation of “Fire Action Plans” in line with different climate scenarios, as blazes swept through various parts of the world, destroying forests and habitats.

Experts from engineering, forestry, construction and geodesy faculties across Turkey, who attended a webinar organized by Yeditepe University, said the frequency of forest fires has increased as a result of global warming and this was evident in the recent fires in southern Turkey.

Dr. Ertuğrul Bilgili from Karadeniz Technical University’s Forest Engineering department noted that the “mega-fires” of 2021 were mostly caused by flammable matter dried up by extraordinary weather conditions and high wind speed. He noted that in situations where wind speed is over 20-25 kph (12-16 mph), fire extinguishing efforts need to be calculated correctly.

Meanwhile, Dr. Selçuk Iz from Yeditepe University’s Construction Engineering department, noted that he personally experienced the fires, which reached around 150 meters near his home. He pointed to problems regarding accessing water at times of fires, saying that mobile water tanks are necessary to transport water faster during such incidents.

Meanwhile, Dr. Talat Odman, who has been researching the impact of controlled forest fires at the Georgia Institute of Technology for the past 14 years, noted that artificial intelligence could be used to clear flammable matter from the forest ground.

“Low-intensity fires may have positive impacts on the ecology of forests, as they may prevent flammable substances from adding up, resulting in wildfires,” Odman said.