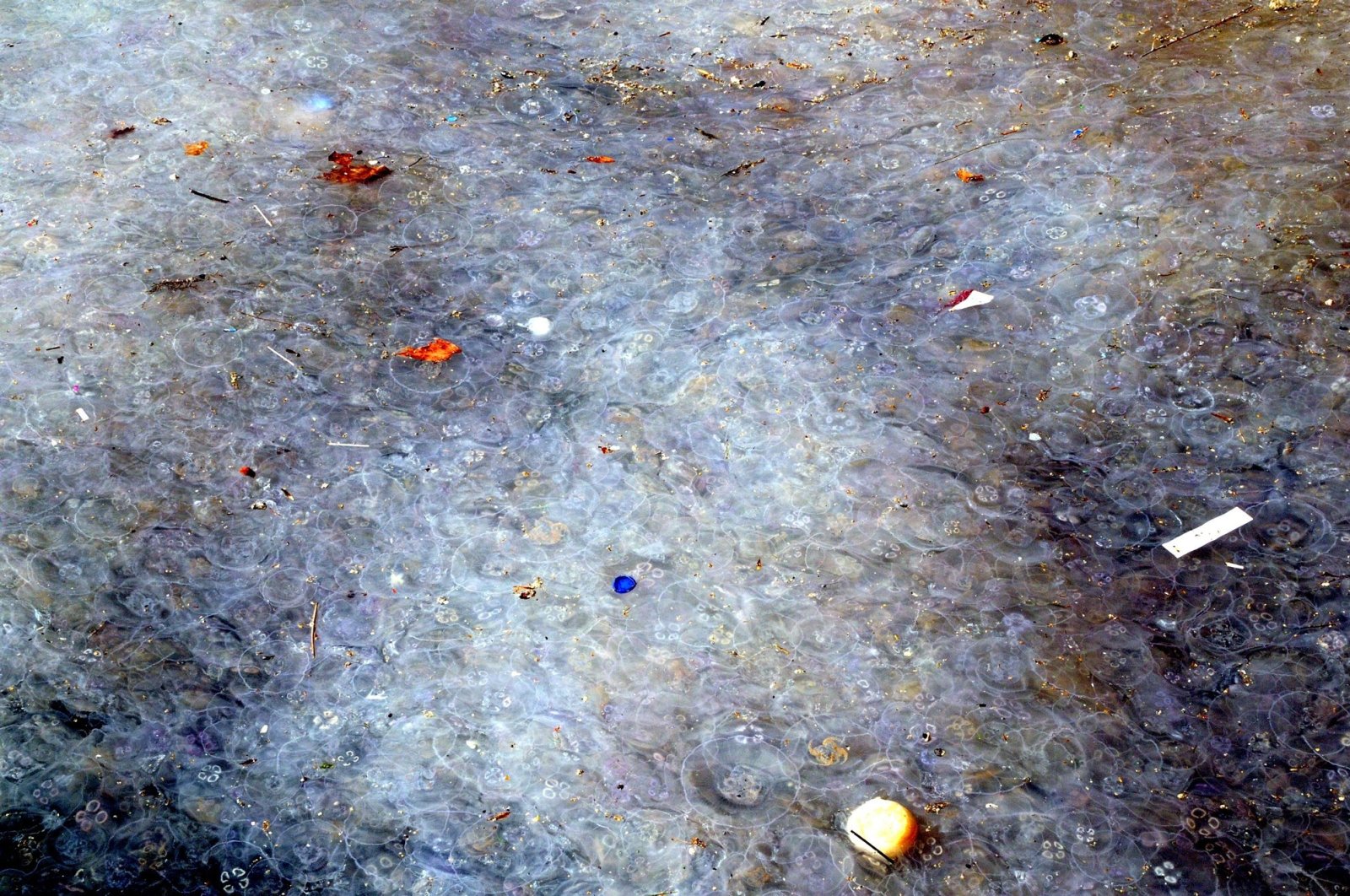 Turkey has seen a rise in the number of jellyfish in its seas, and thus the number of injuries they have inflicted on humans has increased as well, an expert warned this week.

Associate professor Nur Eda Topçu Eryalçın said jellyfish are prevalent along all of Turkey's shores, which is bordered by four seas, including the landlocked Black Sea.

Eryalçın, an academic at Istanbul University and a board member of the Turkish Marine Research Foundation (TÜDAV), said Turkish seas are home to various species of jellyfish. Experts are primarily concerned about the emergence of venomous species, particularly on the country's Mediterranean shores recently, she told Anadolu Agency (AA).

“There has been an increase in the number of different species in recent years in the Mediterranean and the Black Sea. In the Mediterranean Sea, we are witnessing a change in species. Climate change affected water temperatures in the Mediterranean, and that facilitated the crossing of alien, tropical species to our waters. This is evident particularly for Lessepsian migration,” she said, referring to an ecological phenomenon where marine species cross the Suez Canal and migrate to the Mediterranean from the Red Sea.

“We are seeing more exotic, alien species," she said. "Another and much older phenomenon is the changes in the food chain that contribute to an increase in the number of jellyfish. Overfishing of smaller fish that share the same diet as jellyfish help those animals survive longer and be better fed."

Eryalçın pointed out that construction along the shores also helps jellyfish breed. “They need hard ground for breeding. The more you reclaim land from the sea, the more they will have a suitable breeding ground. In the Bosporus, for instance, breeding grounds are plenty,” she pointed out.

While not all jellyfish cause a stinging sensation when brushing up against humans, Eryalçın warned that some can cause painful stings.

She added that an overabundance of jellyfish is "damaging in more than one aspect." "It affects tourism because no tourists will prefer swimming in a place full of jellyfish. It hurts fishing because they damage fishing nets," she said.

Dr. Selin Gamze Sümen, a board member of TÜDAV, said jellyfish stings usually manifest in injuries resembling burns on the skin. “Contact with a jellyfish can lead to pain on the skin, a burning sensation, itching and swelling. It can be slight for some people but more severe for others, namely, children, the elderly and people with allergies,” she warned.

Sümen advised against taking a shower, spreading ammonia on the affected area or washing with tap water. “You should never touch the affected area with bare hands, and instead scratch it with a towel or a piece of cloth. You should wash it with seawater. The affected area can be washed with vinegar for up to 15 minutes. You can also use shaving cream and apply it for up to three minutes before carefully cleaning off the foam. This will help to remove the jellyfish’s venom capsules," she said.

TÜDAV set up a jellyfish monitoring database on a website called "yayakarsa" (“what if it stings?”). Users can upload photos of the jellyfish they come across, helping scientists gain insight into the prevalence of different species in different seas. “We still know little about life cycle and distribution of these animals,” Eryalçın said.

Since the 2016 opening of an expansion to the Suez Canal, more invasive species have started emerging in Turkish waters. The expansion, along with an increase in seawater temperatures and maritime traffic, as well as other factors, took its toll on the ecosystem. Scientists say a large number of nonindigenous species in the Mediterranean Sea arrived after the opening of the canal in the 19th century, and a new wave of invasive species has now been seen since the expansion.