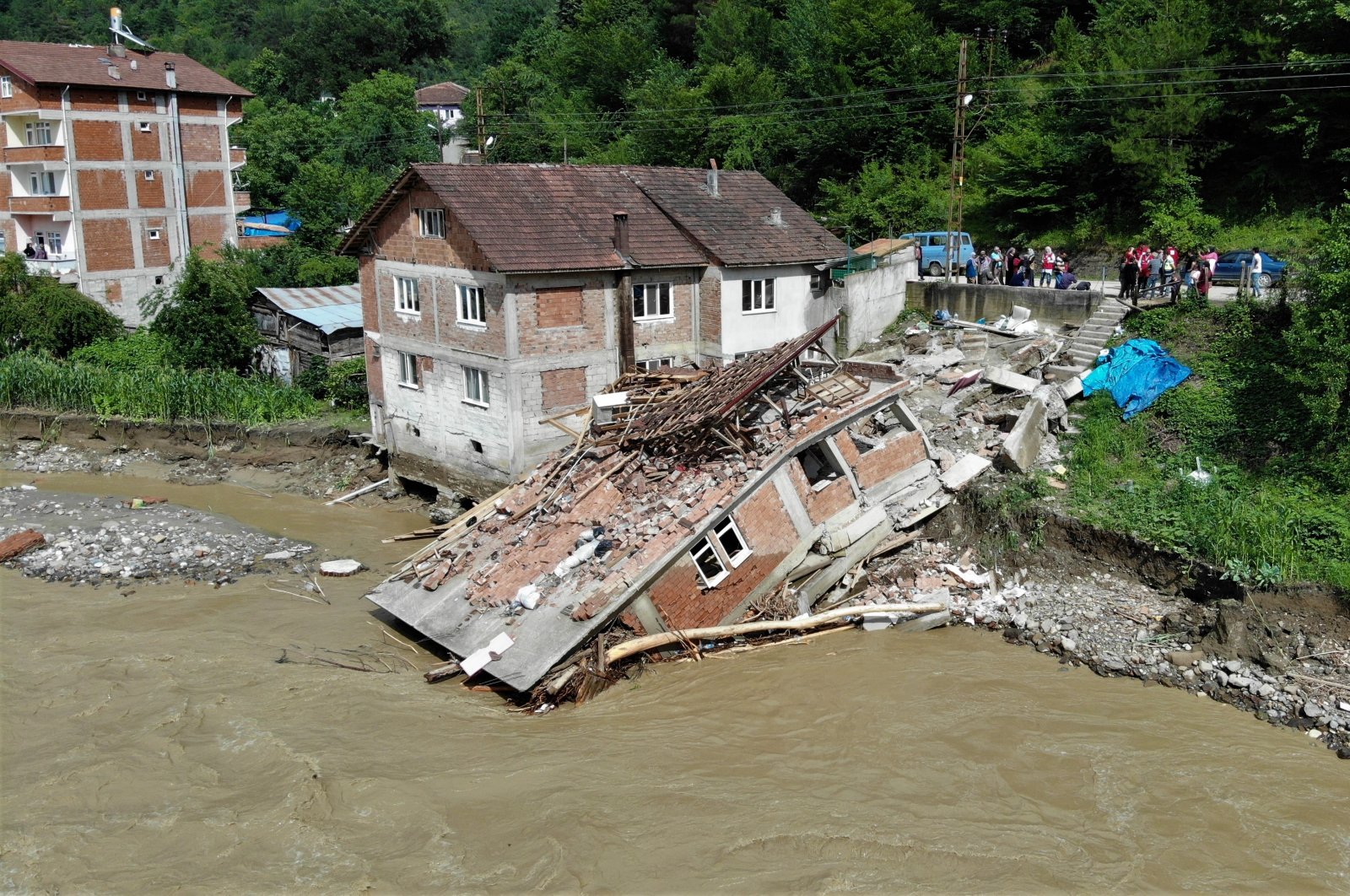 2021 and so far 2022, have the highest rate of extreme weather incidents in the past 40 years according to meteorology experts as fluctuating temperature aggravates disasters like fires and floods

When it rains, it pours. This is especially true for Turkey’s usually rainy regions which are overwhelmed with the devastating effects of unusual rainfall. Elsewhere, wildfires run wilder, with changes in humidity, strong winds and rising temperatures. As a matter of fact, Turkey has been experiencing for two consecutive years the highest number of extreme weather-related incidents, in four decades, according to the Turkish State Meteorological Services (TSMS).

In 2021, 1,024 extreme weather incidents were reported, the highest in recent memory while this year’s forest fires and flood disasters indicate that 2022 may not be so different.

The country is currently recovering from massive floods which hit several provinces in the Black Sea region earlier this week, with two people still missing. Rainfall, however, is expected to continue next week according to the forecast. Earlier this month, hundreds of hectares of forests in Marmaris, a southwestern town in Muğla province, burned in a blaze that lasted about three days. Though the fire was deliberately started by an arsonist at separate points of the forest according to initial findings, high humidity and strong winds prolonged it, despite a massive fire response.

The majority of extreme weather incidents in 2021 were storms or tornadoes while 28% were extreme rainfall and floods. Hailstorms and heavy snowfall constituted other extreme weather conditions in 2021.

And there is more to come, according to experts. Professor Şükrü Ersoy, director of the Natural Science Research Center at Istanbul’s Yıldız Technical University (YTÜ) said climate change threatened Turkey and there will be more “flash” precipitation and rise in temperatures in the coming years. “Climate naturally changes but humans accelerated it. We spoiled the atmosphere in a century, by emissions,” he told Anadolu Agency (AA) in an interview earlier this month. “Climate change and increasing urbanization contribute to flash floods. No spot is left for the soil to absorb the water,” he lamented. “We are increasingly seeing disasters in urban areas. This is an entirely human-made situation. The rise in temperatures means a rise in humidity and sudden evaporation of water which forms the cloud and subsequently, the rainfall,” he added.

Bracing for the fallout of climate change, Turkey sets out goals to curb greenhouse gas emissions in a bid to stave off the global phenomenon while it bolsters its defenses, namely, by cutting off pollution and improving its response to disasters. Against wildfires, it acquired more airplanes and helicopters and reinforced its firefighting force. Against floods, the government seeks to curb the damage stemming from human-made factors like residential development on river beds, which contributes to casualties in disasters.