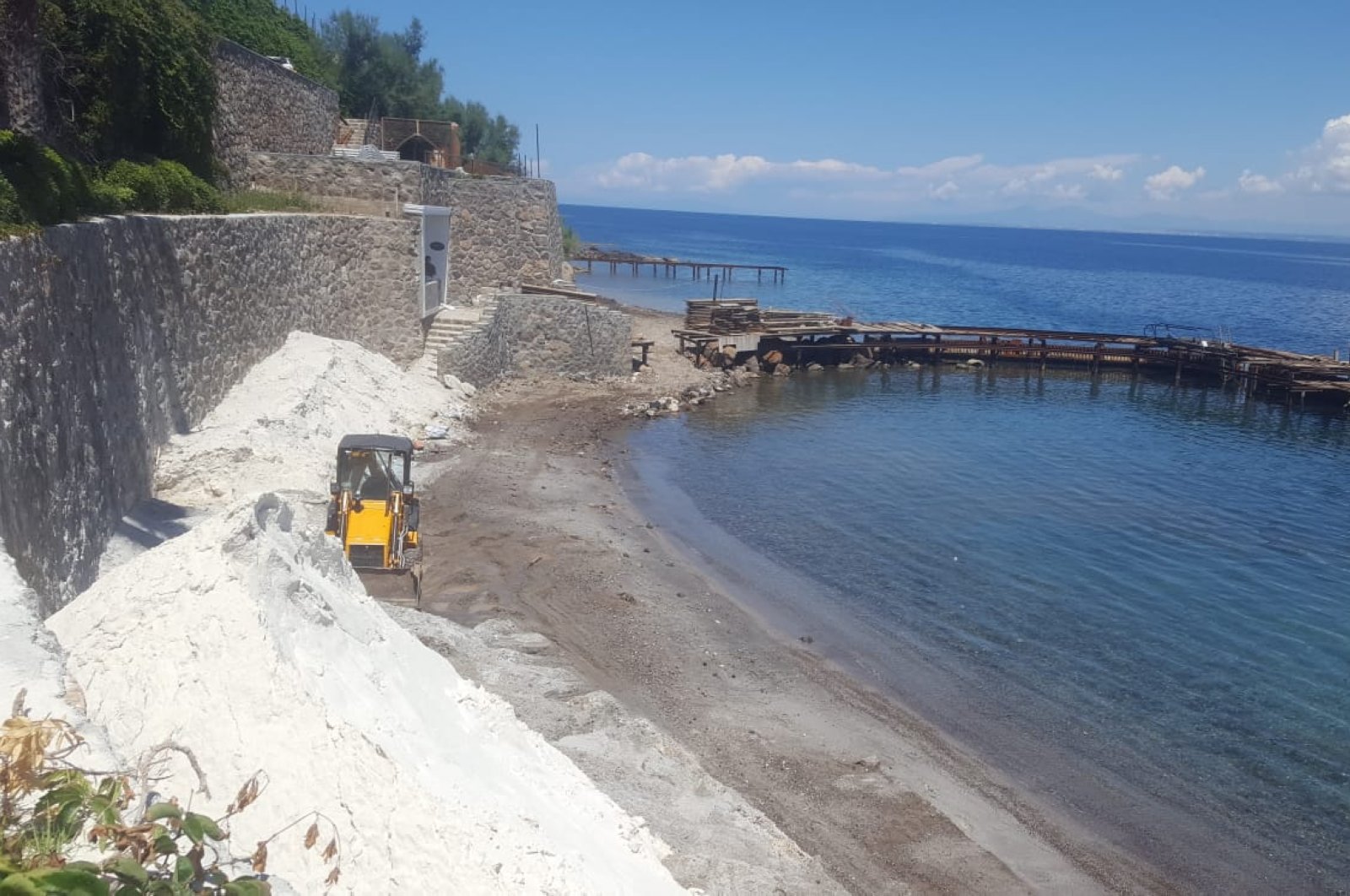 Hotels on Turkey’s Mediterranean coast have fueled controversy recently with a gimmick aimed at luring guests that has been condemned as "harmful" to local marine life.

When it was discovered that the “white sand” was actually a gleaming white veneer made of marble or quartz dust, investigations, fines and public outcry ensued.

Experts say that the seemingly innocuous gimmick is more harmful than previously thought and could have an impact on the area's biodiversity.

Popular hotels, particularly in Bodrum, Turkey's most famous resort town in the southwest, used to import famed “white sand” from the Maldives in the early 2000s, but increasing prices later forced them to import a similar type of sand from western Turkey’s Lake Salda – otherwise known as “Turkey’s Maldives.”

Since a ban on removing sand from the lake came into force, hoteliers reportedly turned to marble quarries in the region. For many, marble or quartz dust is indistinguishable from natural white sand.

Speaking to Demirören News Agency (DHA) on Thursday, the professor said that beaches had their own biological diversity and that any outside intervention, no matter how trivial, will affect them. “Every grain of sand has its own weight and mixing it with another material spoils the homogeneous nature of the beach. Rainwater, wind and waves cause the erosion of unnatural material and eventually carry it to sea. In about four months, you will see pollution along the coastline. Marble or quartz dust blur the waters and affect its transparency and other features like luminous transmittance. It is also harmful for moss, which needs a high amount of light and covers the algae, affecting its growth,” he warned.

Within six days, owners at seven hotels, a privately run beach and three condominiums were ordered by local authorities to remove fake white sands along the coastline. They were also issued fines.