Fear prevails, so does negligence, amid Turkey’s coronavirus pandemic 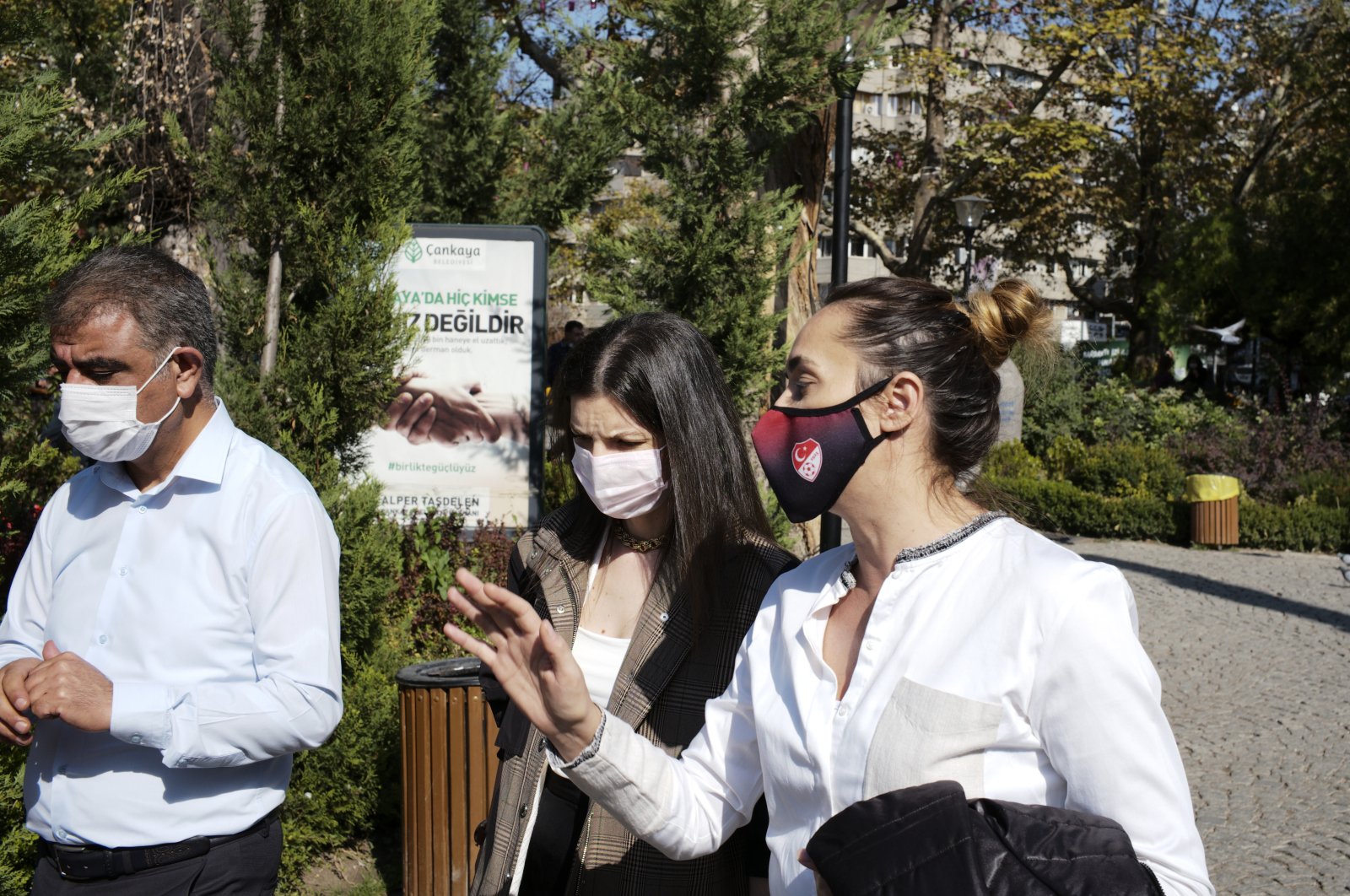 Studies by Turkey's Health Ministry's Social Sciences Board on the COVID-19 pandemic indicates that though the public is afraid of being infected, disregard for measures occasionally trumps the fear

People's views of the coronavirus outbreak have drastically changed in the course of a few months, two key studies show.

The studies, carried out in April and September by the Health Ministry's Social Sciences Board which was set up to assess the public impact of the pandemic, show that the feelings are mixed.

They found that "although people's fears have aggravated compared to the first months of the outbreak, negligence toward compliance with the rules is higher now."

Fear of infection and losing loved ones to the disease are increasing but this fails to translate into being more cautious and complying with rules against infections, the results of the study revealed.

What lies beneath the failure to comply with rules is "fatigue, recklessness and a mindset that the virus will not affect them," the studies show. An important finding is that women are more careful in following the rules compared to men.

Researchers asked questions on why people do not wear protective masks, adhere to social distancing, or heed the hygiene warnings. The answers point out that the public has grown weary of months of strict measures, in place since the outbreak was first reported in the country in March.

In the meantime, the false view that they will not be infected is especially common among the youth. Experts warn that although the virus proved more fatal for the elderly, younger people are now as much at risk as senior citizens.

Others disregarding the rules say the necessity to commute every day in mass transit makes it difficult to follow the guidelines in such crowded environments. A portion of those not observing measures claims the pandemic is "a conspiracy" for lockdowns.

Turkey has conducted more than 13 million COVID-19 tests since the outbreak's start in the country and its total number of patients now stands at over 359,000. More than 313,000 patients, meanwhile, recovered since the beginning of the outbreak. The total number of fatalities has reached 9,727.

"The number of critical patients continues to increase. The treatment of patients is entrusted to our health care professionals who work with devotion. It is our responsibility to comply with the measures. Let's fight together," Health Minister Fahrettin Koca wrote on Twitter Saturday.

After going through the worst of the outbreak and managing to lower the number of daily cases below 1,000, Turkey has been witnessing a resurgence in new infections. To halt the steadily rising rates, the government introduced several measures. It made wearing masks outside mandatory across all provinces and began running mass transit at a reduced capacity.

Tevfik Özlü, a member of the Health Ministry's Coronavirus Scientific Advisory Board, says Turkey has not left "the worst" behind yet and warned it could even head to "worse days." He told Anadolu Agency (AA) Sunday. "The course of the pandemic is not stable. We did not slow it down yet. The disease continues infecting, killing people."

Koca warned on Friday that the number of patients, especially in Istanbul, the country's most populated city, was on the rise.

Özlü says the increase is not limited to Istanbul, adding that this is also the case in other countries. "Globally, we see the highest number of patients recently, since the first days of the outbreak," he noted, pointing out that daily infections are now reaching into the thousands from the hundreds in European countries.

As for the surge in Turkey, Özlü lists a few factors. "The summer is over. It was a time when people could spend time more isolated, either in nature or in their holiday residences. The virus is less infecting while you are outdoors and apart from crowds. People returned to big cities and are now spending more time indoors. We see crowds in workplaces, factories, indoor venues, mass transit. The virus is more infectious when it is inside enclosed spaces with poor ventilation and among crowds," Özlü says. Ventilation is key but people tend to open windows less due to bad weather.

"As the weather gets worse, infection risk will apparently increase. It is in our hands to prevent this. People should be more cautious. The number of patients increases only because people are indifferent to measures. Unfortunately, we see people ignoring rules, especially in restaurants and cafes where they remove their masks and sit in close proximity," Özlü warned.

"Everyone is under risk. Certainly, most of the time, people recover but the disease has the ability to acutely affect everyone regardless of their age. Simply, we have to be more careful, should avoid crowds and not spend much time indoors. We should properly wear our masks and stick to social distancing. These are working and they are the strongest measures we can take," he said.