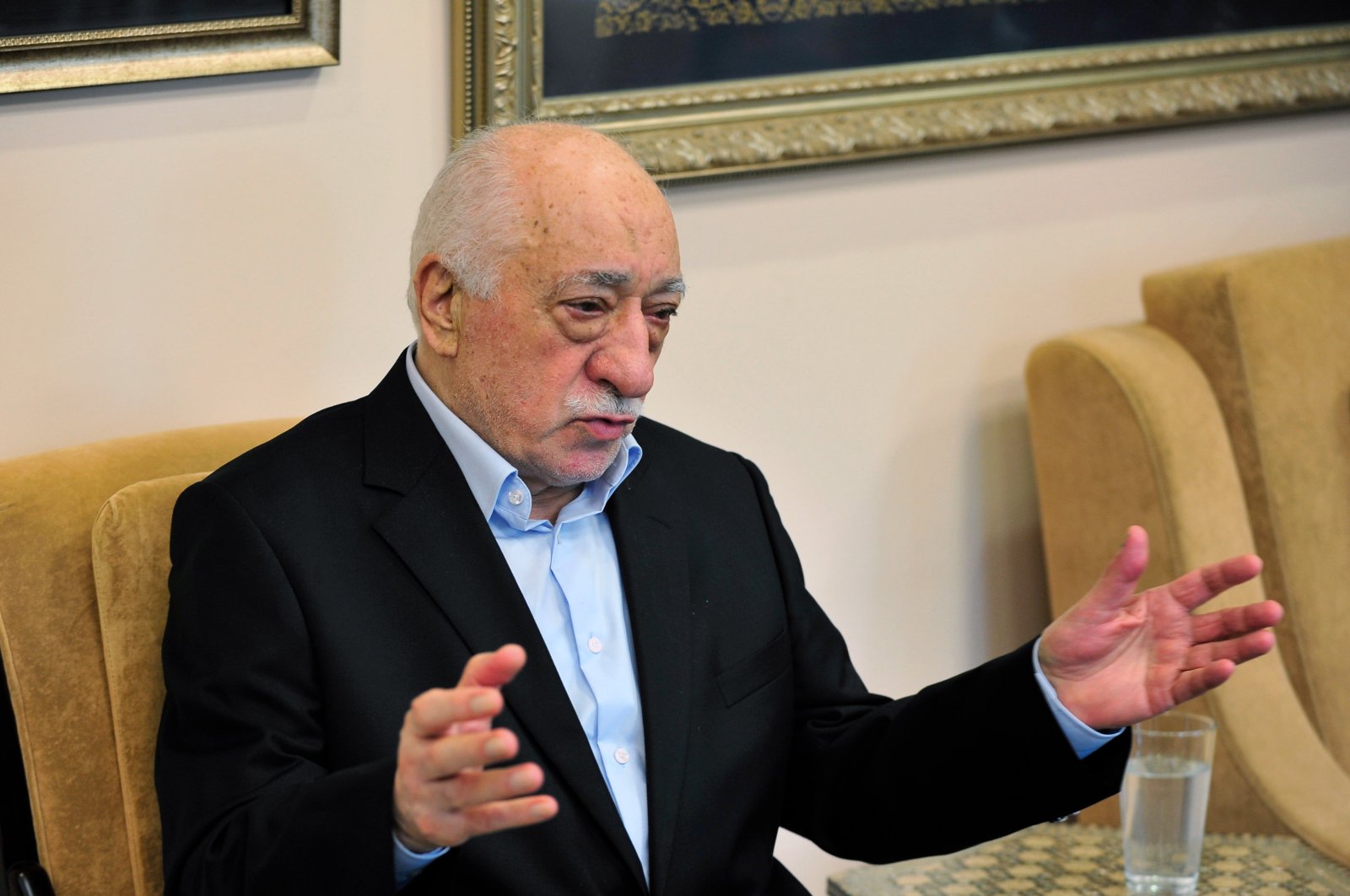 A 75-page confession by a former member of the Gülenist Terror Group (FETÖ) who served as a handler for its infiltrators in the Turkish Armed Forces (TSK) reveals how far the group infiltrated into the military. Identified only as A.B. by authorities, he was part of a wider network of handlers known as “secret imams” and was among those captured following FETÖ’s 2016 coup attempt. The detained FETÖ member, who collaborated with authorities in exchange for a lenient sentence, detailed how the infiltration worked and how those not affiliated with the group were expelled from military schools. He also gave information about Adil Öksüz, a high-ranking FETÖ member and fugitive plotter of the July 15, 2016 coup attempt, which killed 251 people.

To exert full control over an institution it infiltrates, FETÖ is known to expel those not aligned with its ideology. The results of this process helped them attempt the coup, which failed as public resistance ultimately quashed the bid.

Long before it was designated a national security threat, FETÖ was pursuing a policy of infiltration in a myriad of government agencies including the army, law enforcement, the judiciary and bureaucracy. Their efforts to disguise themselves long prevented detection and only after their first coup attempt, in 2013, did investigations disclose their tactics. As FETÖ members are identified, more come forward to shed light on these takeover plots, leading to additional arrests. Categorized for decades as a religious movement, FETÖ was a prominent group in Turkey but investigations after the coup attempts revealed an extensive network of members that were hiding their allegiance. They were called “mahrem,” or secret in Turkish.

A.B. controlled FETÖ’s infiltrators in the Turkish air force who were all non-commissioned officers. His confessions led authorities to capture a large number of officers and civilians linked to the terrorist group. He said that the group attached special importance to penetrating the army and the air force, in particular. Öksüz was in charge of infiltrators in the air force between 2011 and 2014. Öksüz, who was captured at a military base after the coup attempt was quelled, is accused of planning the coup with top generals loyal to FETÖ. A.B. said he was succeeded by Kemal Batmaz as the air force's “imam.” Batmaz was also captured at the military base where Öksüz was arrested in the capital Ankara. The latter disappeared after a court controversially released him after the coup attempt while Batmaz remains jailed. A.B. said Öksüz would hold monthly meetings with other handlers in charge of military officers. “He was a very quiet man and would move slowly. He was almost mimicking Fetullah Gülen,” he said, referring to the head of the terrorist group who currently resides in the U.S. state of Pennsylvania.

Recruiting members at a young age was vital for the terrorist group, A.B. said. These young members, mostly high school students, would be guided to apply for admission to military and police schools and, based on their loyalty, would be picked as members of the secret network. He also said, “If one student among hundreds affiliated with FETÖ would not be aligned with the group, he would be expelled or would be forced to quit through intimidation.” As part of the scheme, school administrators and teachers linked to the group would either give low grades to those students or subject them to hazing to force them to quit.

A.B. went on to say that FETÖ had a say in the military career of cadets. “Handlers would choose which career path they would follow. Those found to be loyal to the death would be told to enroll in intelligence classes (to be intelligence officers after graduation) or classes to be staff officers (to be in charge of recruiting). After graduation, some would be assigned to posts as adjutants for generals. This was incredibly important for FETÖ and they’d help graduates to be adjutants (with the support of career officers loyal to the terrorist group). If a general, instead of picking one himself, asks for the assignment of a random adjutant, this adjutant would be a member of FETÖ 99% of the time and would give all the information he learns about the general to the group,” he said.

Another former member of the terrorist group, who testified against a senior member of FETÖ on Monday, said that the group repeatedly tried to kill President Recep Tayyip Erdoğan during his tenure as prime minister.

The eyewitness, nicknamed “Zaman” to conceal his identity, testified at the trial of Yusuf Bekmezci, a man known for his close ties to Gülen. Bekmezci was arrested in the western city of İzmir, where he met Gülen decades ago, following the 2016 coup attempt. Zaman told a court in the city that despite his denial, Bekmezci has been with Gülen since FETÖ’s inception. “He was with him when Gülen’s meetings in İzmir drew only a few people. Gülen liked him very much and would tell his followers anyone upsetting Bekmezci would upset him,” he testified. “He founded a FETÖ network in Kazakhstan and always had a say in decisions the upper echelon of the group made. I remember one meeting where he invited a group of tycoons in İzmir and ordered them to donate (to FETÖ). ‘This door won’t open until you give money,’ he threatened them, and they had to donate.”

Zaman said plans for the 2016 attempt went back as far as 2010, and Gülen repeatedly held meetings with other senior figures of the group to organize it. “Bekmezci also attended these meetings,” he said.

Zaman claimed that Erdoğan, who spearheaded efforts to contain the FETÖ threat, faced multiple assassination attempts before December 2013, the month when the terrorist group used its infiltrators in police and the judiciary to attempt to overthrow him. “They tried to shoot him once. A sniper was deployed to a house facing Erdoğan’s house in Istanbul. He had to cancel the attempt when the president’s guards noticed the glare from the sniper rifle,” the witness said. He also recounted Erdoğan’s fall from a horse in 2003 in Istanbul and said FETÖ members secretly injected drugs into the horse to alter its temperament in hopes that it would throw him. “Gülen said stadiums would be filled with blood,” Zaman told the court, referring to plans to execute those opposing the coup in stadiums. “They had a list of 5,000 people who would be jailed or executed,” he said.