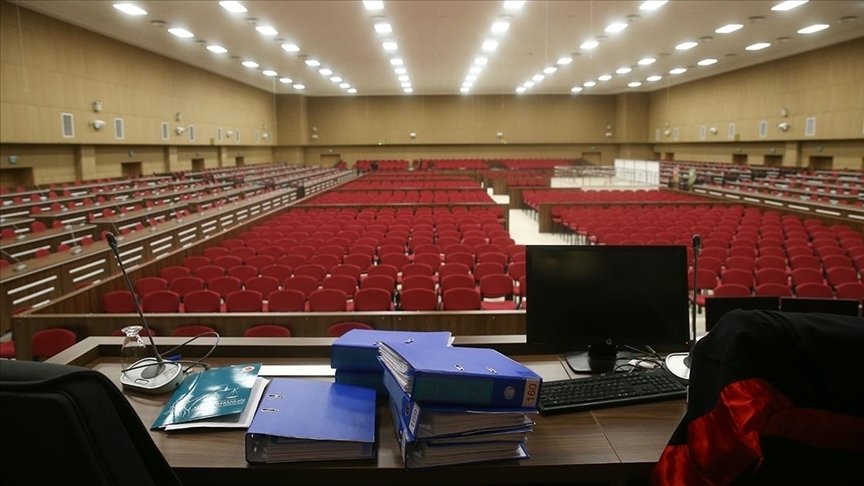 It has been eight years since the Gülenist Terrorist Group (FETÖ), which had long posed as a charity movement with religious undertones, showed its true colors in an unprecedented coup attempt.

On Dec. 17, 2013, prosecutors and police chiefs linked to FETÖ made their first move to topple the government in a far-reaching probe targeting ministers and people close to the government under corruption allegations. The probe, which led to arrest warrants, was followed by another operation on Dec. 25 remembered as the first open attack by FETÖ against the government, a chilling action for a country that has suffered from multiple coups.

Yet, FETÖ would not stop there and, three years later, it tried its hand again to seize power, this time in a more brutal manner. It used its military infiltrators, who slaughtered 251 people resisting them across the country. Since then, Turkey has stepped up its operations against the terrorist group's members, hunting them down across the country and the globe. Tens of thousands of people were detained or arrested both after the first attempt in 2013 and after 2016's foiled putsch bid.

The operations on Dec. 17-25, 2013, revealed that FETÖ-linked members of law enforcement and judiciary had secretly wiretapped people close to the government for three years and concocted evidence by forging audio recordings and documents to imprison them, with the ultimate purpose of implicating the prime minister in their sham cases.

Arrests followed, including the children of four ministers, while Zekeriya Öz, now a fugitive prosecutor wanted on FETÖ membership charges, has told journalists following the operations that they did not have authority to arrest ministers but would refer the investigation to the Parliament. Turan Çolakkadı, Chief Prosecutor in Istanbul, where the operations and probes were based, stood against FETÖ-linked cadres involved in this disguised coup attempt and hindered their investigations. Çolakkadı had announced that the operations were carried out without his knowledge and suspended everyone in his office involved in them.

Çolakkadı, who retired in 2016, told Sabah newspaper on the anniversary of the coup attempt that he never estimated that FETÖ would undertake such an operation. "Every month, every year since 2013 showed how big this group is. I believe they absolutely had the support of foreign powers and did not act alone. The state should entirely wipe out its infiltrators from its agencies. Otherwise, they can emerge again," he warned.