Few restrictions remain as coronavirus outbreak winds down in Turkey 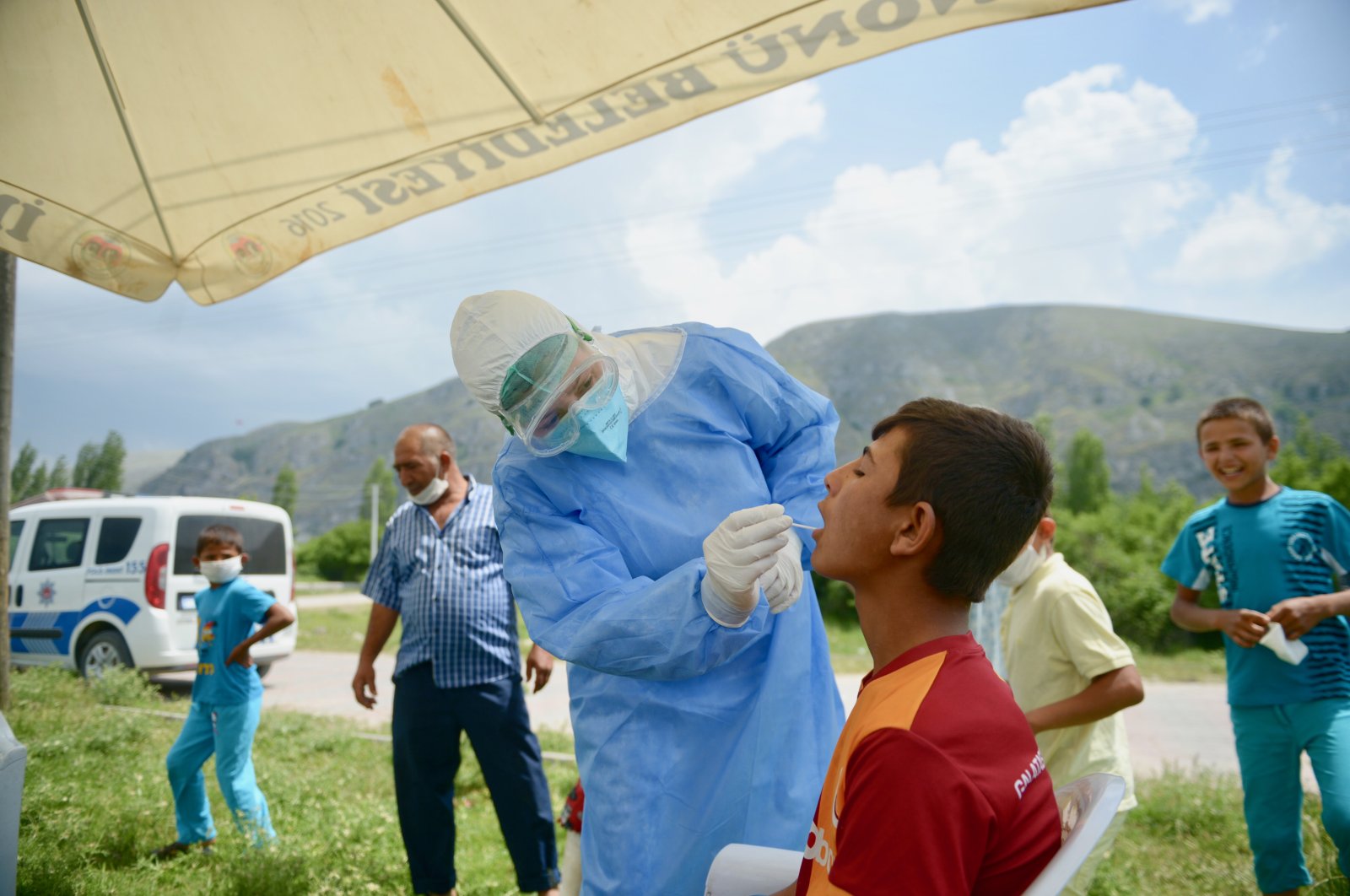 With daily COVID-19 cases averaging below 1,000 for the last few weeks and recoveries making up more than 80% of all cases, Turkey further eased restrictions on daily life, including lifting a curfew on the country’s youth

Experts and authorities in Turkey have been sounding alarms for the past few days over concerns about a possible second wave of coronavirus infections as sightings of people neglecting to wear masks or ignoring social distancing became increasingly common as life gradually returned to normal after most of the restrictions were lifted.

Things had escalated so far that the Interior Ministry last week suddenly announced a weekend curfew for the country’s worst-hit 15 provinces, an unexpected move as weekend curfews were abandoned with the improving outlook of the outbreak crisis.

A day later, President Recep Tayyip Erdoğan said he was annulling the order for the weekend curfew, but he still warned citizens to follow the rules and remain vigilant against the lingering coronavirus threat.

It seems the president’s pleas and the public's fear of losing their freedom again have convinced citizens to heed the rules as Erdoğan announced the lifting of a new set of restrictions Monday, indicating that a much-feared second wave of the outbreak was far from sight for the time being.

In his speech after the Cabinet meeting, Erdoğan said the curfew for the country’s youth under the age of 18 was effectively over, while he also announced a further easing of the curfew on the elderly.

According to the president, citizens aged 65 and above will now be allowed to go out between 10 a.m. and 8 p.m.

The government initially imposed a curfew for the country’s senior citizens, ordering anyone aged 65 and above to stay home. However, with the number of new cases subsiding, the curfew was relaxed numerous times during the outbreak.

While the announcement was less dramatic than what they expected – a complete lifting of the curfew – the senior citizens were happy with the move nonetheless.

“We were locked at home. Our grandchildren helped us during these times but since they started working again, we were left to ourselves. Now we can take care of our needs by ourselves once again,” 66-year-old Ismail Hakkı Diker told Anadolu Agency (AA).

The curfews were not the only restrictions that were lifted.

Erdoğan also announced marriage registration halls would reopen on June 15, followed by wedding halls on July 1. Meanwhile, businesses such as cinemas, theaters and exhibition centers will be allowed to reopen starting July 1, under government-specified regulations, according to the president.

The permission for weddings to resume was eagerly awaited by many across the country, from young couples looking to tie the knot to the seniors hoping to witness a milestone in their children’s or grandchildren’s lives.

There were economic factors, too.

With the arrival of summer, in a normal year, a wedding frenzy would take over the country, with wedding halls booked months in advance. Though lacking the opulent grandeur of Indian weddings, the customs and traditions of Turkish weddings also feed a chain of businesses that all came to a screeching halt due to the outbreak.

“The wedding sector is really big. The decision will benefit our country’s economy as well. Every type of business will benefit from the resumption of weddings, from appliance stores to photographers,” said Adem Sönmez, the chairman of Istanbul’s Wedding Halls Association.

Apart from the restrictions, Erdoğan also said Turkey was making moves to ensure safety during the normalization process.

As scientists and health experts across the world admit the coronavirus will be a part of daily life from now on, Erdoğan said Turkey will also locally develop and produce favipiravir, a drug used in COVID-19 treatment, to help the country adapt to living with the constant virus threat.

Turkish scientists were able to synthesize the drug's active ingredient, and it will be available for coronavirus treatment after the registration process is completed, Erdoğan said.

Based on the results of early trials, the Japanese-developed flu drug favipiravir, also known as Avigan, has been shown to be effective in both reducing the duration of the coronavirus in patients and improving the condition of their lungs, its main point of attack.

According to the Ministry of Health, favipiravir brought from China is being used under a unique protocol in Turkey. Unlike Chinese doctors, Turkish doctors have discovered that early intubation extends the length of the disease while administering high-flow oxygen leads to more successful and faster treatment.

Shortly after Erdoğan’s speech, Health Minister Fahrettin Koca announced the country’s latest COVID-19 numbers. According to Koca, deaths from COVID-19 in Turkey remained below 20 with 18 new deaths on Tuesday, reaching a total of 4,729.

Warning that in the past 24 hours, for every three recovered patients, a new COVID-19 case has been diagnosed, Koca urged citizens to follow the rules.

“There is no scientific data to shows that the effect of the virus has weakened. What is 'normal' is precaution," the minister said. As of Tuesday, 642 COVID-19 patients were being treated in intensive care units, the minister added.

Antibody tests will determine whether the Turkish public gained immunity against the coronavirus. Professor Seçil Özkan told Demirören News Agency (DHA) on Wednesday that tests would begin in 81 provinces with 153,000 households selected, where one member of each residence will be tested. “Antibodies will help us understand if the person suffered from the disease and gained immunity. This will give us new data in the fight against the disease,” she said.

Households will be randomly picked, and each chosen person will undergo a nasal swab test and give blood samples. “This is a necessary study to see how our nation fared against coronavirus and the rate of immunity. Sweden conducted a similar study and found a low rate of 7%,” she said.

On the other hand, Özkan warned against crowds on the streets after the country eased restrictions. “We are not a country with zero cases and even if we were, there is the risk of a second wave, like in Iran. Authorities will decide on lifting other restrictions based on COVID-19 figures in the coming days. If we comply with the rules of wearing a mask, keep our distance and be careful about hygiene, we won’t see a new wave,” she said. Özkan lamented “incredible weekend scenes” after Turkey canceled a weekend curfew for big cities for the first time last week after months of restrictions.

“People were picnicking without caring about social distancing. It was like days before the pandemic. If we continue doing so, we can see a new surge,” she warned. “We have to act like everyone around us is a COVID-19 patient. If we see a new wave of cases, some restrictions might return. We have to be patient,” she said. Özkan said though the incubation period is 14 days, the virus can manifest itself in about a week.

“Turkey has reported daily case numbers of between 800 and 900 for a long time though it should have a lower rate. This means if we don’t comply with the rules in this new normal, I fear that daily cases may increase to 1,000 again. We will see the fallout from normalization this week and next week,” she said. Özkan said the Turkish public should get accustomed to the “new normal.” “We can only go back to the pre-pandemic period if a vaccine is found and everyone is vaccinated or the virus mutates and loses its impact or, finally, if a simple cure is found. We have a long way to go until then,” she said.