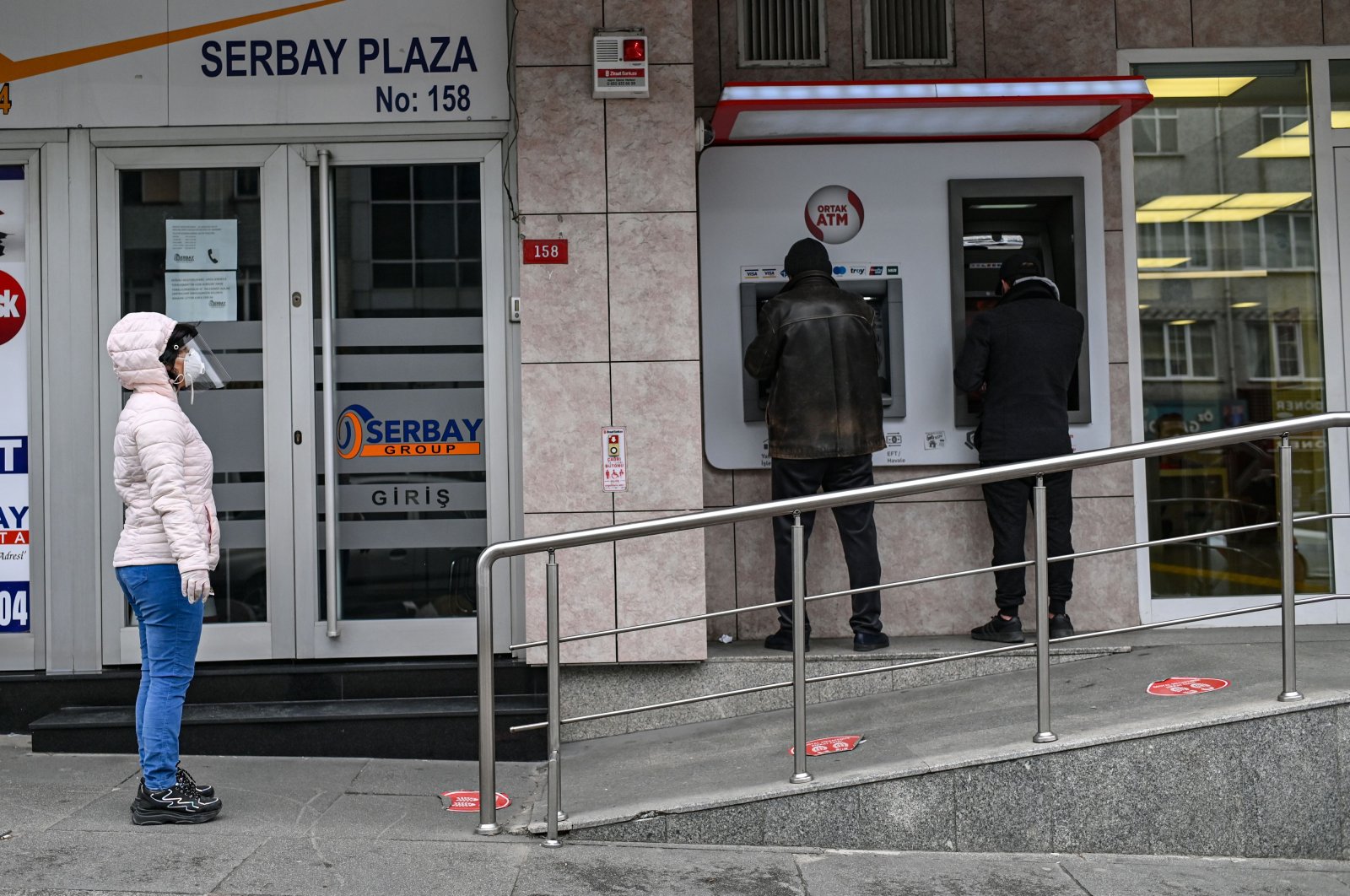 Health Minister Fahrettin Koca said Turkey’s latest figures on coronavirus cases indicated that Ankara has succeeded in curbing the spread of the virus, but he warned against premature celebration as he urged vigilance

Turkey is making progress in its fight against the coronavirus outbreak with each passing day and the numbers show that the spread of the virus has been brought under control, Health Minister Fahrettin Koca said Wednesday, echoing a sentiment that has been voiced by many government officials for the past few days as Turkey’s new coronavirus cases appeared to have flatlined.

Speaking to reporters after a lengthy meeting with the country’s Coronavirus Science Board, the minister said Wednesday’s numbers showed a stark decrease in new confirmed cases.

Koca said the number of patients in intensive care units was also slightly down. According to the minister, 1,814 patients were currently placed in ICU and 985 of them were placed on ventilators.

So far, 16,477 patients have been discharged from hospitals after recovering from the virus, with 1,559 discharged on Tuesday alone, the minister added.

Speaking about the overall decline in numbers, Koca said the occupancy rate of intensive care units across the country was down to 60%.

“When the outbreak first began, we delayed admission of non-emergency patients to the hospitals. That decision allowed us to handle the brunt of the outbreak without overloading our hospitals. At the peak of the outbreak, our hospitals were 70% full; now that figure stands at 30%. As for our intensive care units, their occupancy rate fell from 80% to 60%. So, occupancy rates of both regular beds and intensive care units are lower than what they were before the outbreak began. This shows just how much our health system was prepared for this pandemic,” Koca said.

Reminding that several European nations and the U.S. had to turn football stadiums and other sporting venues into field hospitals, Koca said such scenes were not seen in Turkey due to the country’s expansive health care system.

Delving deeper into the statistics of the outbreak, Koca said the rate of COVID-19 patients developing pneumonia during their sickness has fallen from 60% to 12% due to the successful treatment regimen Turkey followed.

About patients in critical condition, he said the number of intubated patients has fallen considerably as well.

“The number of intubated patients has fallen from 58% to 14%, even to 10% at one point. I would like to remind everyone that almost 50% of the overall death toll across the world is made up of intubated people,” he said.

Speaking about the overall mortality rate, the minister said Turkey was among the countries with the lowest rates.

According to the minister, only 8% of those who died of COVID-19 in Turkey were under the age of 60 or people without other pre-existing health issues.

In a similar vein to the minister’s words, the World Health Organization (WHO) said in an online press briefing in Geneva Thursday that they are cautiously optimistic about Turkey and that the number of cases is stabilizing.

WHO’s Senior Health Emergency Officer Catherine Smallwood told BBC Turkish that currently there are almost 100,000 cases in Turkey. “There was an approximately 47% increase in the last week,” she said, adding that the rise in cases continues at a certain level.

“Yet Turkey’s number of cases began to decrease or stabilize thanks to the measures implemented at a very early stage,” Smallwood was quoted as saying, stressing that they are cautiously optimistic about the cases in Turkey.

Answering a question about a recent New York Times report about possibilities of coronavirus deaths being underreported, the minister rejected the claims and said the ministry has carried out a transparent information process during the outbreak.

On Monday, The New York Times alleged that the true number of COVID-19 deaths across the world, including in Turkey, was being underreported. The report claimed that as many as 2,000 more deaths were recorded in Istanbul in March 2020, compared to the number of deaths during the same month five years ago. The report said the deaths could be linked to the coronavirus but that they were not included in official numbers because the people who died were not tested for COVID-19.

Refuting the report, Koca said Turkey reported the official case numbers and death tolls in line with the WHO’s requirements.

Speaking about what constitutes an official death toll, Koca explained that up until two weeks ago, all the governments used a single code, decided by WHO, to file patients who died of COVID-19. The code required a patient to be confirmed with a polymerase chain reaction (PCR) test. But with the pandemic spreading more and more across the world, WHO decided to create a secondary code for patients who were highly suspected of dying due to the virus but could not be confirmed due to scarcity of PCR tests.

“All the governments were required to submit their death tolls with the first code up until two weeks ago,” Koca said as he rejected claims that Turkey was filing coronavirus deaths under other causes of death.

Regarding the abnormal death numbers in Istanbul, the minister explained it was simply due to an administrative decision taken to stop any potential spread of the virus by transferring remains to hometowns.

Turkey’s most populous city, Istanbul, is inhabited by millions of people who have left their hometowns in search of better jobs or other prospects. It is common in Turkish culture for someone to be buried in their hometown even if they lived in another city for most of their lives.

Attributing the death toll to this cultural factor, Koca said Turkey did not allow the remains of patients who died of the coronavirus to be interred in their hometowns to limit any possible infection. And, with more than 60% of the country’s confirmed coronavirus cases, the spike in the number of deaths reported in city was normal, he explained.

The minister also said the reporters should have looked at Turkey’s overall death numbers instead of focusing on a single city.

While the minister gave out optimistic numbers, he also warned citizens against celebrating prematurely and urged everyone to keep vigilant against contracting the virus, especially with the Muslim holy month of Ramadan arriving.

“Ramadan is a special month with its own culture and vibrancy. But it’s also about testing one’s self. This will is what we need the most these days. We hope all our citizens will continue to follow the measures imposed by our government. Please delay crowded iftar tables and social gatherings to next year. Let’s not allow this holy month to be tainted with increased infections,” he said.

Koca said if citizens continue to follow the advice of the authorities, a second wave of infections is not expected.