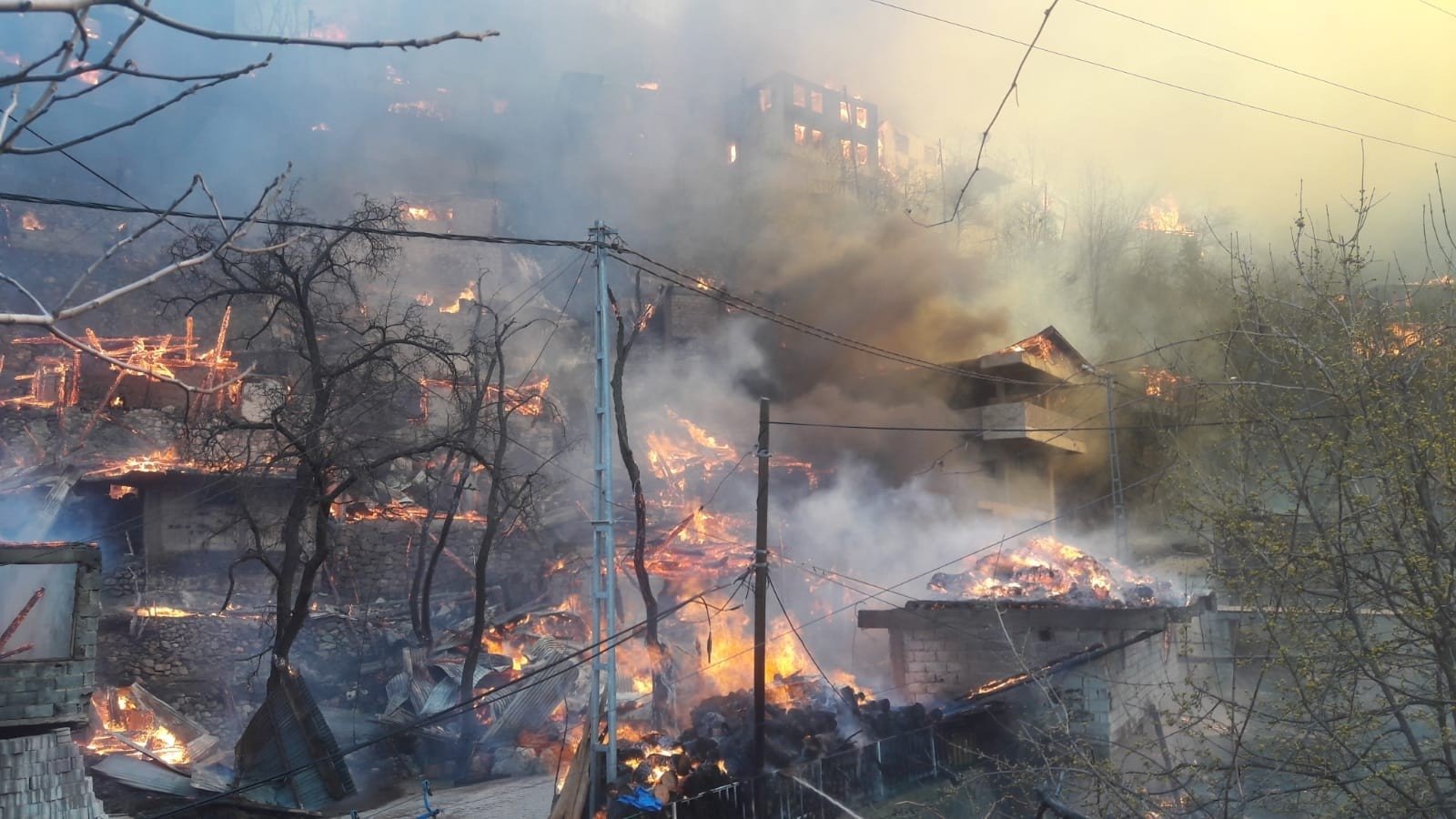 A blaze broke out in Dereiçi, a village in the northeastern province of Artvin, torching dozens of houses. Firefighters from the nearby Yusufeli district are still battling the fires, and no casualties have been reported.

The cause of the fire, which started in a house, is unknown yet. Deputy Interior Minister Ismail Çataklı tweeted that the flames had spread to other houses in the village, which is home to 170 houses. “The Disaster and Emergency Management Authority (AFAD) is coordinating the response to the fire. We have no casualties,” Çataklı said.

Village headman Sabri Duman told reporters that some 50 houses had caught fire. “We are going through a big disaster,” he said, as television footage showed thick smoke and columns of flames in most houses in the small village. Strong winds in the region are blamed for aggravating the fire. The house where the fire was started was wooden, while most of the other houses were concrete buildings.