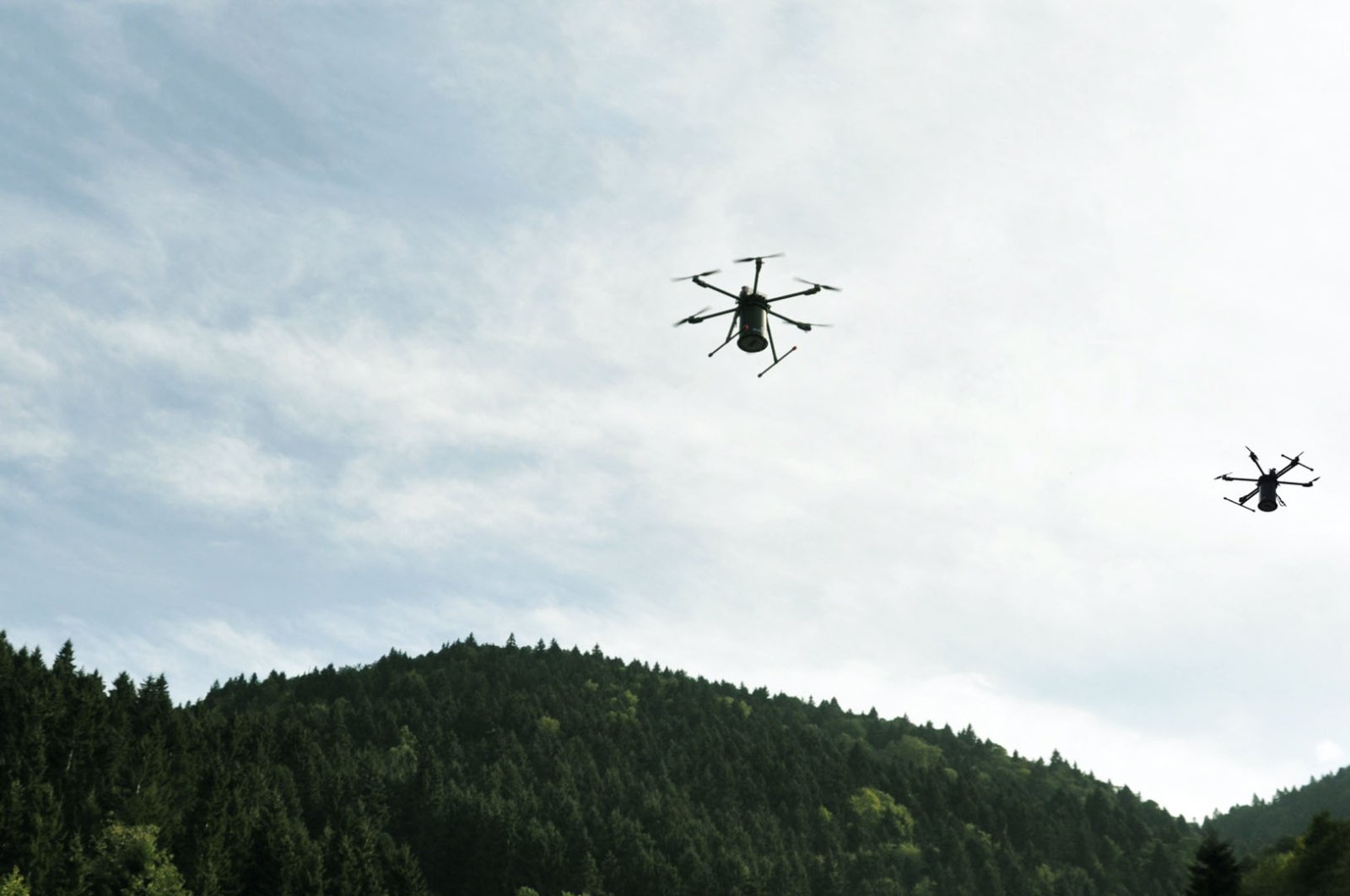 Drones developed by Ecording team assist in forestation activities in this undated photo. (AA Photo)
by Daily Sabah with AA May 19, 2020 1:09 pm
RECOMMENDED

The first seeds of the Stay at Home Forest campaign, organized by Innovative Center for Entrepreneurship Center (BAUICE) of Bahçeşehir University, will be planted on June 5.

To support the stay-at-home measures to curb the spread of coronavirus, one seed ball will be thrown by drones at Stay at Home Forest in Ankara for each day people stay home.

The project is being carried out by the Ecording team consisting of young entrepreneurs of BAUICE with the support of the General Directory of Forestry and partner brands.

Speaking to Anadolu Agency (AA), founder of Ecording, Mert Karslıoğlu, said the team has developed its own drones to air-drop seed balls to the areas relatively harder to reach, aiming for quicker and cheaper forestation worldwide.

"During COVID-19 epidemic, everyone needs to stay in their home and to pay attention to social distancing rules to minimize the risks of the virus. We have aimed to support social isolation during the outbreak with #EvdeKalOrmanı (Stay at Home Forest) campaign. Within the scope of this project, all social media sharing made with the EvdeKalOrmanı tag will turn into a seed ball to be planted in the forest,” Karslıoğlu said.

Stressing that over 24,000 posts were shared on social media since the beginning of the campaign on April 5, Karslıoğlu said various brands have become partners and sponsors for them. We carried out activities in Artvin, Karabük and Ankara provinces so far, in the areas presented by the General Directory of Forestry. Between June 5 and June 15, we are planning to throw 250,000 seeds,” he noted.

Amid a construction boom and concerns over global warming, Turkey has stepped up efforts to preserve and further expand its forests. Since the early 2000s, the country planted more than 4.5 billion saplings and increased its forested area from 20.8 million hectares to 22.6 million, reducing the mass of soil lost to erosion from 500 million tons to 154 million tons.