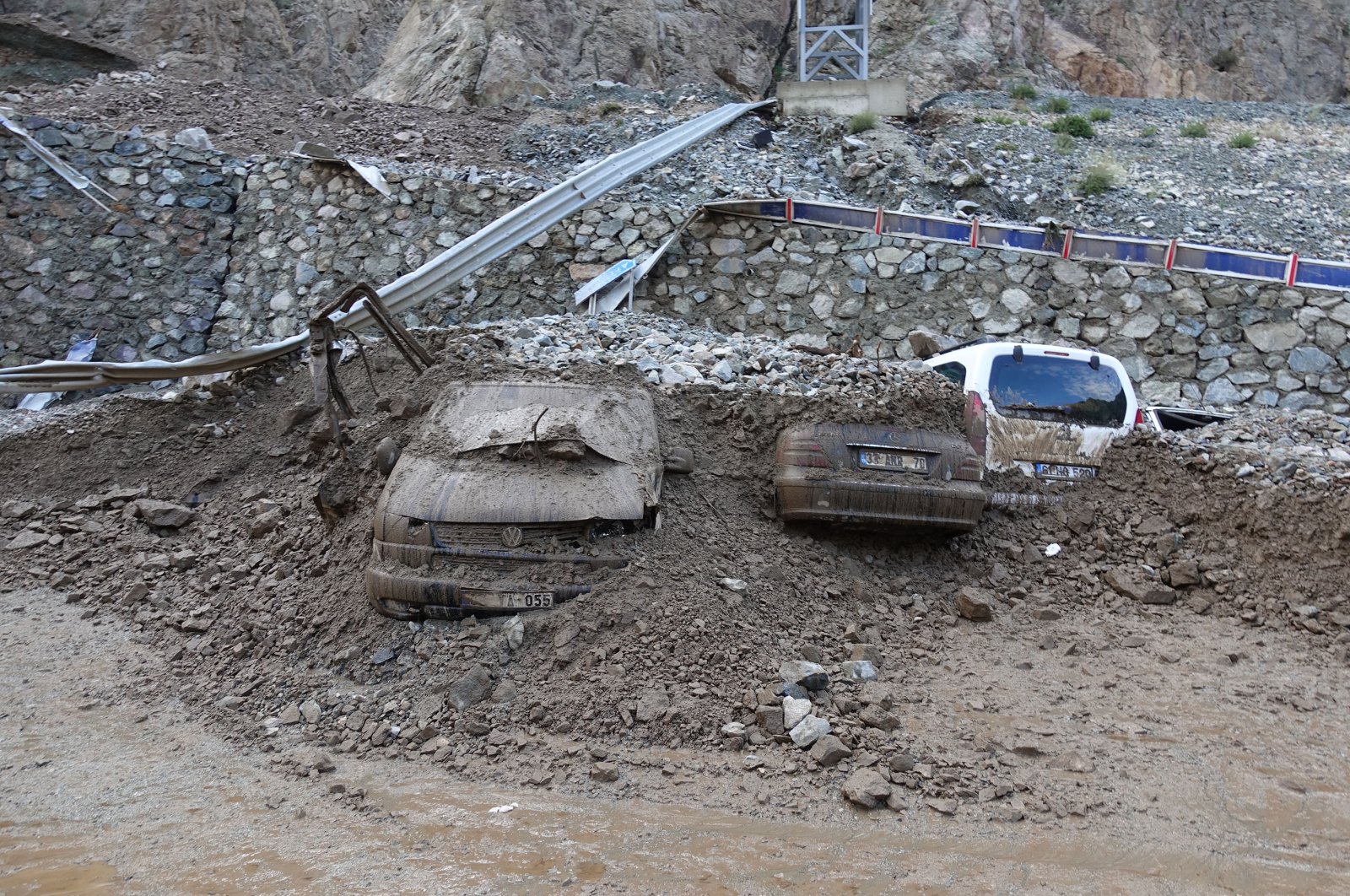 While inspecting the Yusufeli district, Doruk said the flood also hit the construction site of Yusufeli Dam. He added that search and rescue operations were ongoing. Turkey's Disaster and Emergency Management Authority, gendarmerie forces and sniffer dogs were taking part in the rescue mission.

Underlining heavy material damage, especially in the dormitory and office area, the governor said workers have been evacuated to a safer place but dozens of vehicles were still under the debris.

The Artvin-Erzurum highway has also been closed and it would take time to clear sediments from the tunnel, he added.

Faulty housing developments are to be blamed for the damage and death toll in the region, often hit by similar disasters. Buildings constructed on streambeds are generally among the most affected by the floods and landslides.

Experts say the Black Sea region is already prone to heavy rainfall throughout the year and a new solution was needed, including a housing reform to prevent further deaths and damages.

The region's geography is marked with steep hills and mountains which run parallel to the sea and the uneven elevation proves a major challenge for housing.