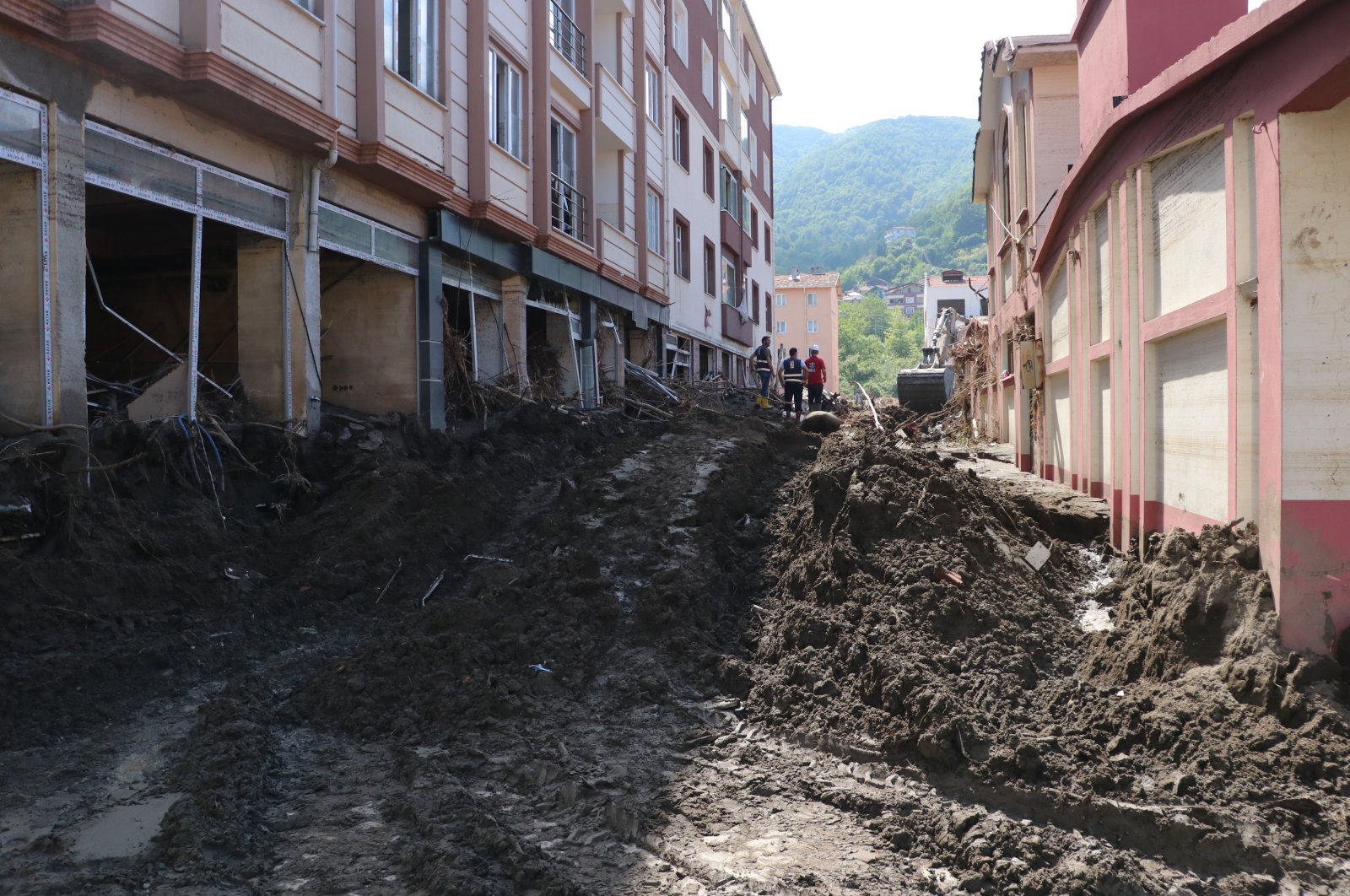 The number of people killed in floods that devastated Turkey’s Black Sea provinces climbed to 81 on Friday.

The Disaster and Emergency Management Presidency (AFAD) announced that 70 people were killed in Kastamonu province, nine in Sinop and one in Bartın. Media outlets reported that the search was underway for at least 34 people who were reported missing by their families.

The Aug. 11 floods were particularly devastating for the Bozkurt district of Kastamonu, Ayancık of Sinop and some villages of Bartın. Hundreds of search and rescue workers are still combing the flood-hit areas for the missing, more than one week after raging floodwaters collapsed buildings, tore apart bridges and roads.

Locals, joined by volunteers, soldiers and AFAD staff, are working hard to clean up the debris. Buildings that were heavily damaged in the floods are also being demolished. Fifteen buildings have been demolished in Kastamonu so far.

Some of the province's casualties were due to the collapse of buildings on the banks of a stream. A contractor who carried out the construction of one of the collapsed buildings was also detained recently on charges of negligence for faulty construction. Officials say 295 more buildings in Kastamonu, Bartın and Sinop, that sustained heavy damage in the floods will be demolished.

President Recep Tayyip Erdoğan visited flood-hit areas last week and pledged assistance for the survivors. Erdoğan has said during his visit that the affected provinces were declared “disaster zones,” which means compensation for losses and other assistance to locals will be covered by the state.

“Our country is battling disasters like the rest of the world. We are facing every kind of catastrophe. I hope we will overcome them with minimum damage,” he said, referring to a recent spate of wildfires that raged across the country’s south.