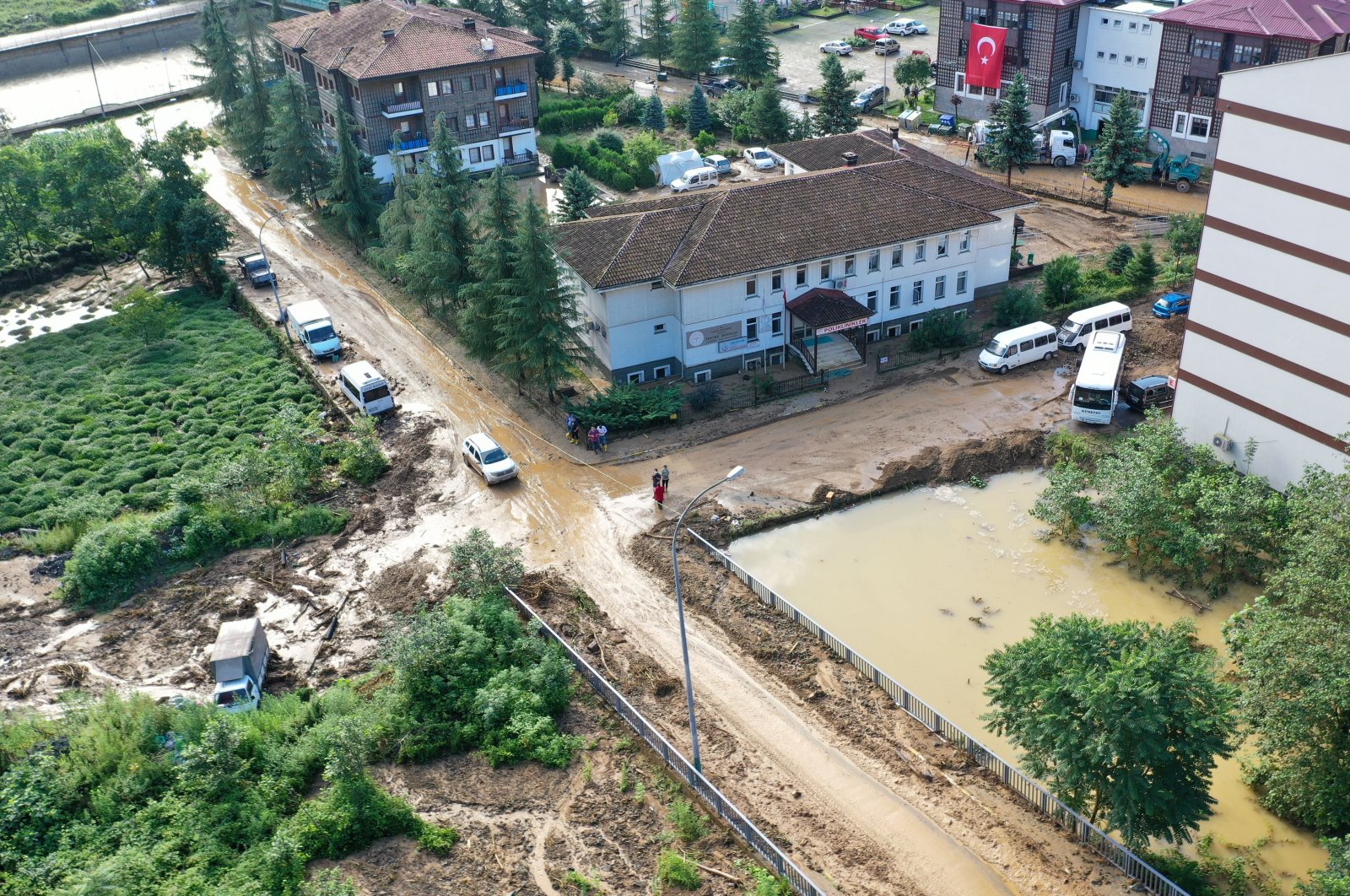 Six people were killed and two others are missing as of Thursday after flooding the previous day, and consequential landslides, disrupted daily life in the northern province of Rize

Fresh floods and landslides claimed six lives in the Rize province, part of Turkey's flood-prone Black Sea region. The tragedy occurred one month before the anniversary of the last such disaster.

Search and rescue teams also searched for the two people who went missing after heavy rainfall triggered floods and subsequent landslides late Wednesday. The disaster’s epicenter was the Güneysu and Çayeli districts, located on steep hills in a challenging terrain where mountains run parallel to the sea.

A heavy rainfall that began Wednesday afternoon intensified in the following hours, tearing apart chunks of soil from hills and piling up debris on streets inundated with floodwaters. Authorities mobilized search and rescue crews upon reports of landslides.

The first victim was Adem Yanık, mukhtar of the village of Asmalıırmak near the Güneysu district. Yanık's body was swept away by floodwaters and was found in a river bed near his village. On Wednesday night, the body of an unidentified woman was retrieved from a house that collapsed due to a landslide in a neighborhood of the Muradiye district.

Dozens of search and rescue workers are looking for people reported missing in two villages of Güneysu and Muradiye, where houses were buried under debris. Later on Thursday, a 66-year-old mother and her children aged 35 and 28 were found dead in a wooden house destroyed by a landslide. Another body was found hours later in Muradiye. The Rize governorate said in a statement that floods and landslides were reported in many locations across the province. The statement said most rainfall was recorded in Güneysu, where 207 kilograms of precipitation hit each square meter. Authorities also announced that additional crews and search and rescue dogs were brought in from nearby provinces to assist the efforts, along with divers.

On Thursday, Minister of Environment and Urban Planning Murat Kurum and Adil Karaismailoğlu, minister of transportation and infrastructure, visited the disaster area. The ministers pledged aid to locals affected by the disaster while Minister of National Education Ziya Selçuk announced separately that school dormitories were ready to accommodate people displaced by the floods and landslides. Murat Kurum told reporters that buildings under risk following the disaster would be demolished and new housing units would be built by the state in places without risk of floods and landslides.

Sporadic rainfall continues in the region while authorities urge citizens, especially those in rural areas, to stay away from river beds.

Two people died to floods and landslides in Rize’s Çayeli district last year. The province, like most of the eastern parts of the Black Sea region, is a scene of such disasters which claimed dozens of lives over the years. The worst in recent memory was in 2010 when 12 people were killed in floods in the town of Gündoğdu in Rize. The deadliest floods was in August 2020, in the Giresun province where at least ten people were killed.

Prevention of fatal floods is a challenge in the mountainous region where flatlands are scarce and a growing population craving housing development turn to river beds to build new houses. River bed construction, which was occasionally allowed in the past, is strictly banned in the region now, but finding a space to build close to populated areas proves difficult given the 120,000 streams. Another challenge is climate change as it worsens the flood risk in the region, which already experiences almost year-round rainfall. Experts say rising seawater temperatures are among the causes of the increased floods experienced in recent years.