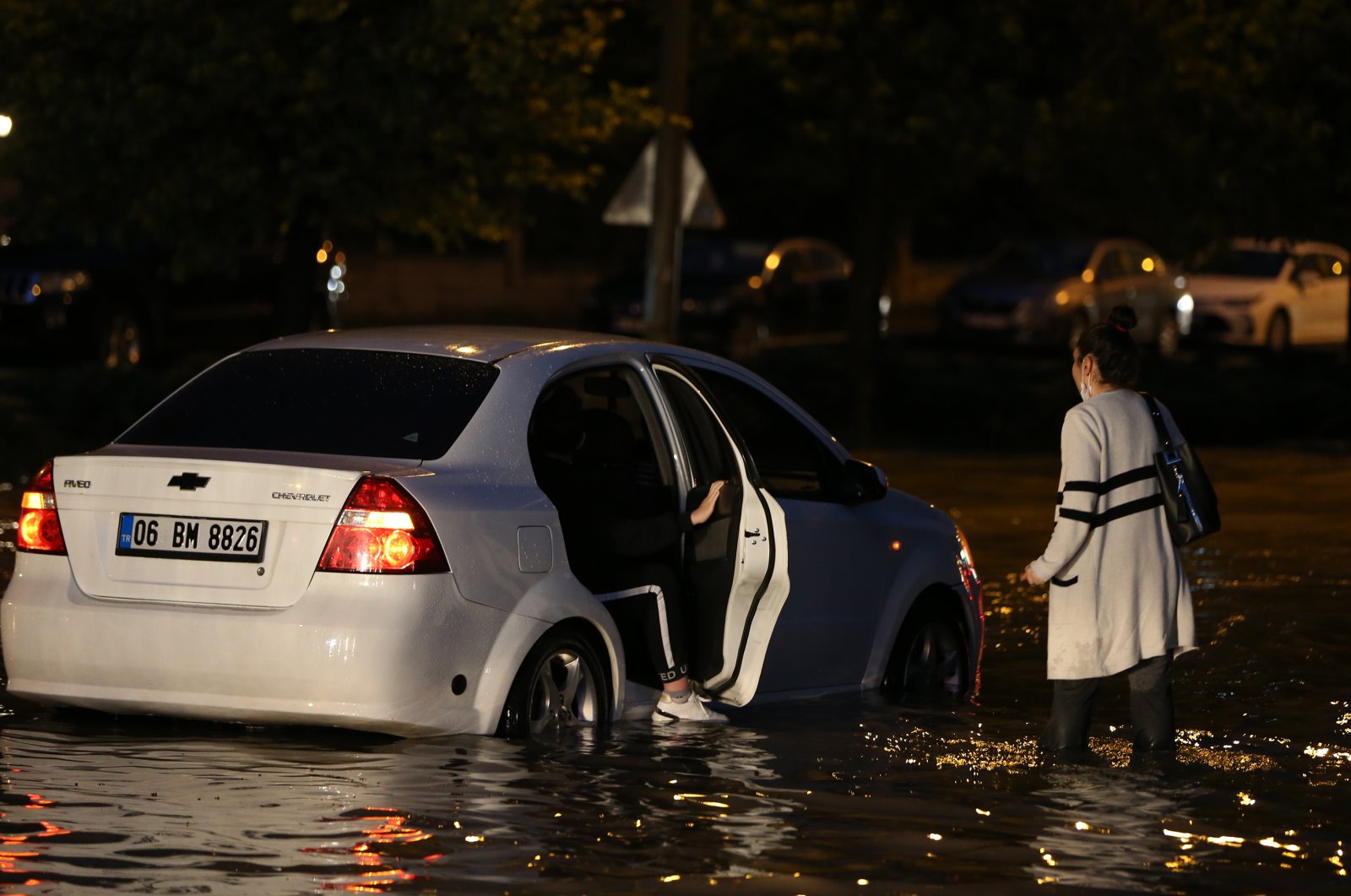 According to a statement by the Metropolitan Municipality of Ankara, more than 1,500 calls were made to emergency services to report floods across the capital, with some parts of the city seeing as much as 30 centimeters per square meter of rain.

The statement said preliminary assessment revealed that 250 businesses and residential places suffered damage due to floods.

Meanwhile, a man trying to clean his flooded barbershop died after he got electrocuted due to a short circuit caused by water damage.