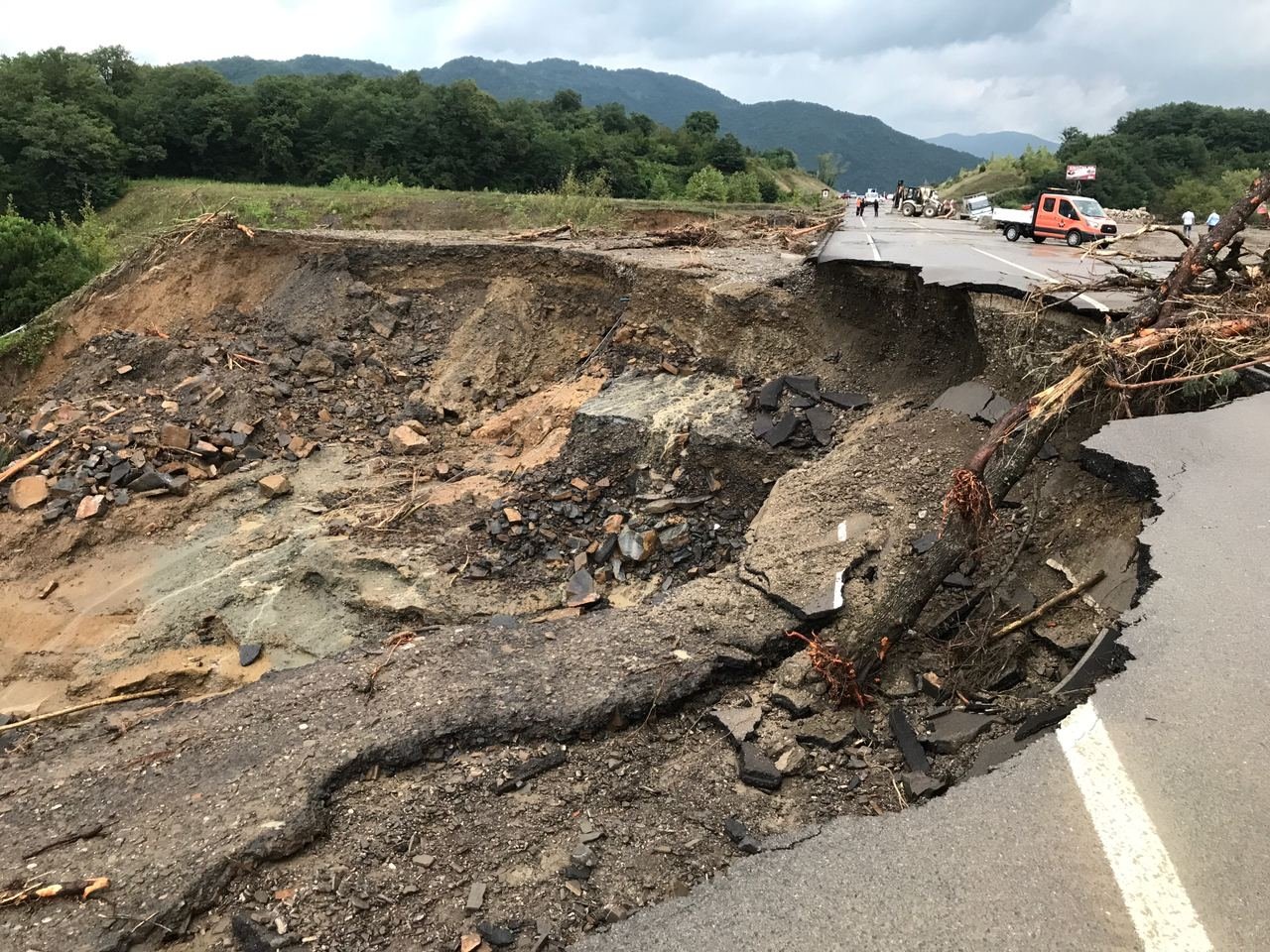 Turkey's northern Black Sea region faced a new wave of floods that gripped provinces from Bartın to Sinop over the past two days, leading to evacuations, while one person is reported missing

One month after floods and landslides killed six in Turkey’s Black Sea region, heavy precipitation took hold in central parts of the region on Tuesday and Wednesday. A woman went missing in Bartın, one of the provinces hit worst by rainfall that triggered floods on Tuesday. Floods were also reported in Karabük and Kastamonu provinces.

In Bartın, floodwaters inundated a large number of houses and businesses, sweeping away vehicles after severe precipitation late on Tuesday. The heaviest damage was in Ulus district. Part of a road connecting the province to Karabük collapsed while bulldozers waded through floodwaters to save 20 people trapped in their houses. Search and rescue crews were deployed to the flood-hit areas. The province’s governor Sinan Güner told reporters that they started receiving first reports of flood damage and stranded people around 3:00 a.m. He was speaking to reporters on Wednesday on a road closed due to landslides. “We rescued people stranded in their houses near river beds. Our crews also saved people trapped in their cars,” he said. Güner said that an elderly woman went missing in Akören Söküler village after her wooden house had almost collapsed due to floods that carried her away. “There are many bridges, roads to villages and houses collapsed in the region,” he lamented. The Disaster and Emergency Management Authority (AFAD) announced that 13 people were injured due to the collapse of a bridge on a road connecting Bartın and Karabük provinces.

Sinop, a province on the country's northern tip, also suffered heavily from floods Wednesday. Torrential rains were particularly damaging for Ayancık district, where a stream has overflown its banks, tearing pieces from a bridge above it. Vehicles parked near the stream's banks were carried away by strong currents while officials announced a public hospital in the district was being evacuated as a precaution. Media outlets reported workers at a factory were trapped there due to floods. A large number of residents stranded in places engulfed by floodwaters were evacuated by helicopters. Workers were also struggling to clear a road connecting central Sinop to Ayancık that was blocked by debris brought by a landslide. AFAD announced that it deployed crews and boats to the flood-hit areas to evacuate citizens.

In Karabük, sudden and heavy rainfall disrupted daily life, flooding basements of buildings and trapping people inside houses and in their cars. Rescue crews worked to save the stranded throughout Tuesday night.

The situation was not different in Kastamonu province where clogged drainages worsened floods on the streets. Floodwaters also damaged agricultural fields in the province. A landslide forced the closure of a road connecting central Kastamonu to Inebolu district. Kastamonu Governor Avni Çakır told reporters Wednesday that the Abana and Bozkurt districts, along with Azdavay, were affected by floods. "Precipitation throughout Tuesday night caused a stream to overflow its banks in Azdavay. We could not reach the district yet because of collapses on the road," he said, noting that road maintenance crews were working to repair the road. Çakır said no casualties were reported but urged locals not to leave home "unless necessary."

Authorities warned that the Black Sea region will be exposed to more rainfall on Wednesday. The public is warned against floods and landslides in a part of region including the provinces of Tokat, Erzincan, Gümüşhane, Bayburt, Sinop, Samsun, Ordu, Kastamonu and Bartın.