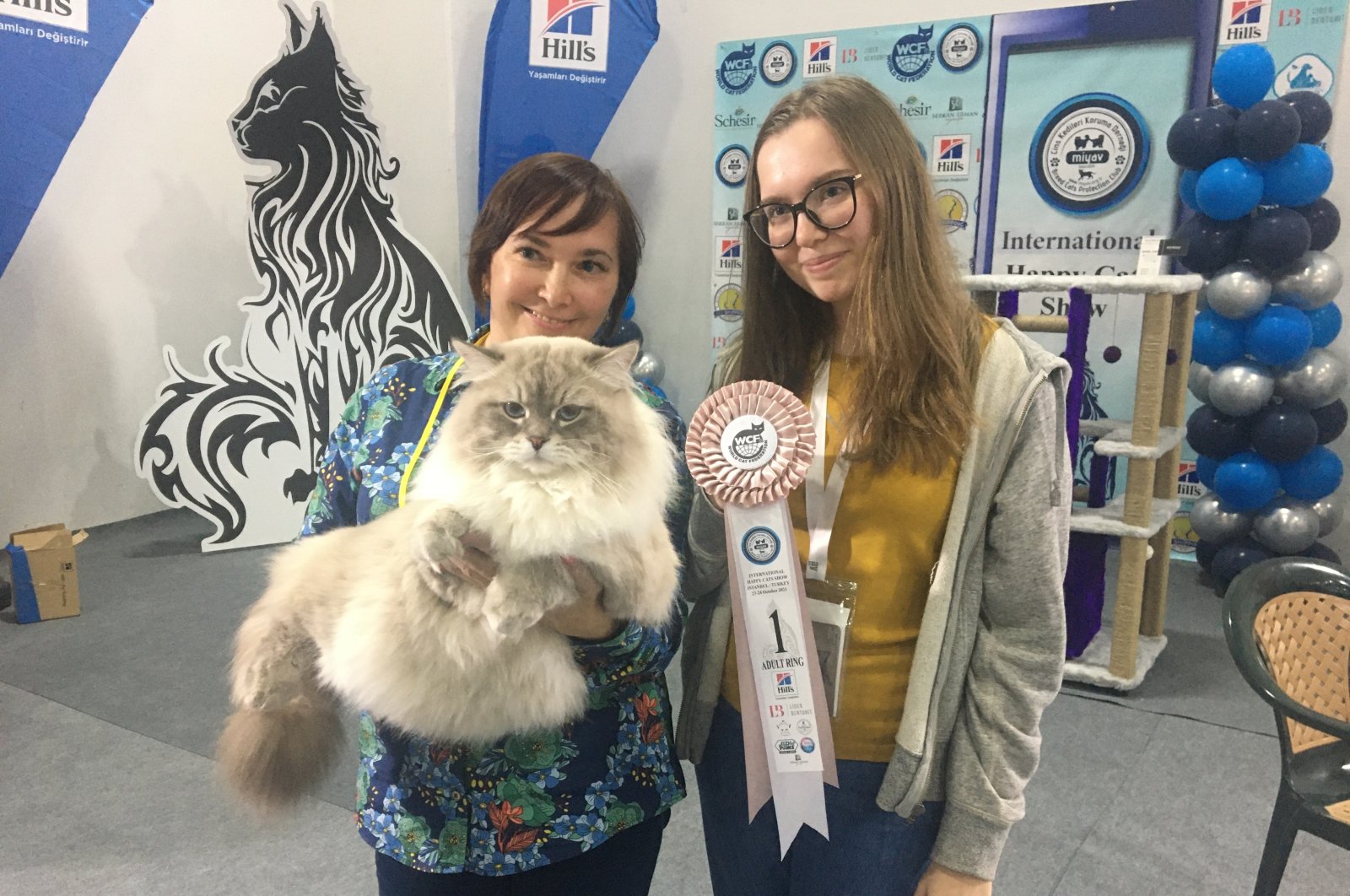 Istanbul hosted its first edition of the Happy Cats competition over the weekend. Despite her grimacing expression, Lova, a 3-year-old feline, won in the adults’ category of the contest. Prenses (Princess), a cat who boasts a huge following on her social media account, won the kitten / junior category. Lova has also been the winner of several other international cat competitions, according to her owner.

Some 147 cats from a wide array of breeds competed at the event held at Istanbul Fair Center. The event, part of a pet expo, attracted animal lovers and pet owners.

Elmina Ikra Özbey, owner of Prenses, told Ihlas News Agency (IHA) that her Scottish Fold cat won the hearts of social media users when she set up an account for her, dressed up in different clothes, “as a way to forget my other late cat.”