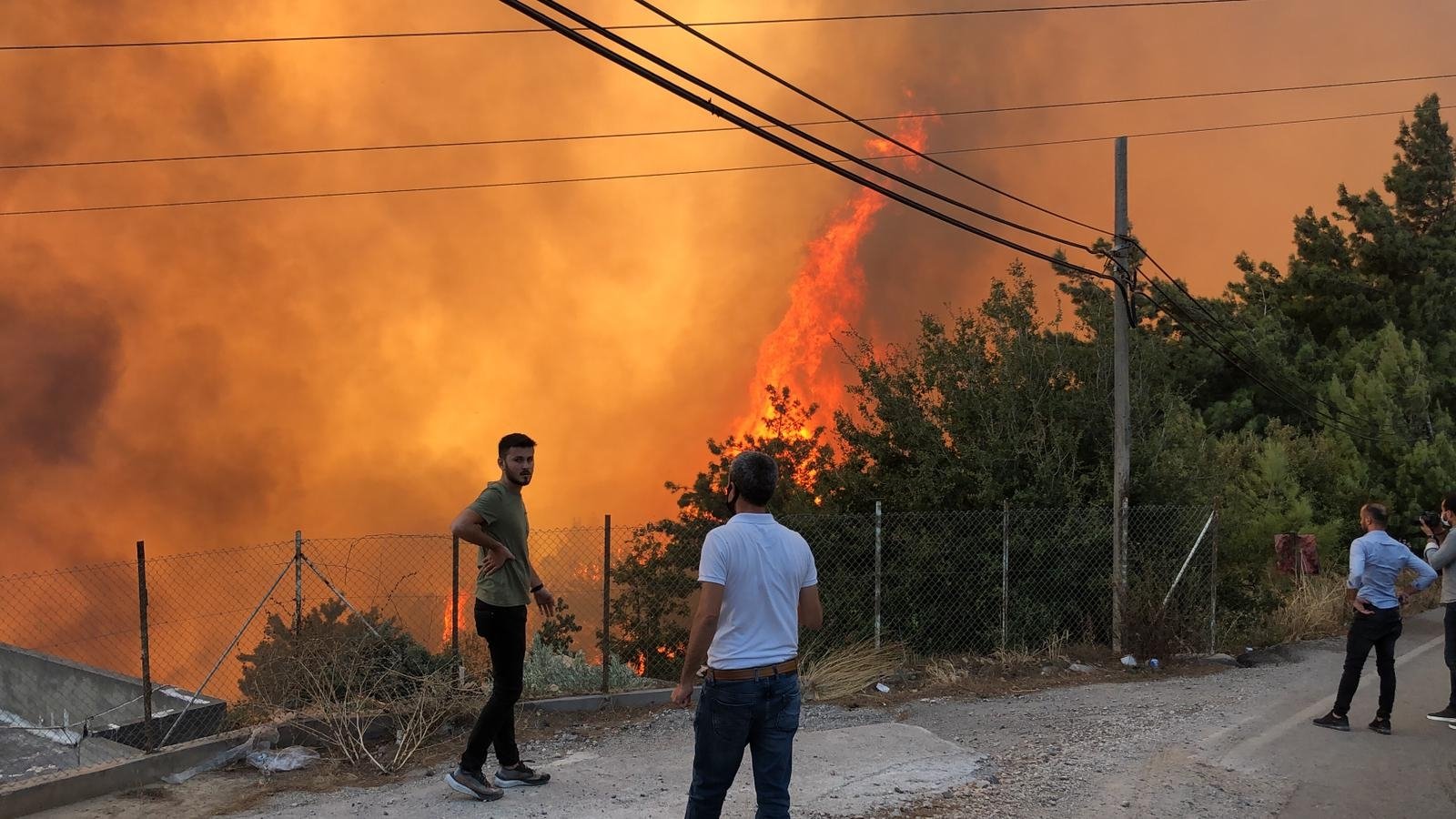 A forest in southern Hatay province’s Iskenderun district was put on fire by suspected PKK members late Tuesday, a day after a failed terror attack in the area.

According to information from Ihlas News Agency (IHA), the fire was started in the Denizciler neighborhood of the district and other residential areas close by.

Fire squads have been dispatched to the scene to put out the fire strengthened by the blowing winds.

Hatay’s Iskenderun district was the scene of a PKK terror attack the previous day, when two terrorists were killed by Turkish security forces.

The PKK is partly active in the region, particularly Amanos (Nur) Mountains, stretching southward from the Taurus mountain range in Kahramanmaraş to the Osmaniye and Hatay provinces. To deny the terrorist group a safe passage route from war-torn Syria, Turkish security forces have been conducting regular operations in the region.

Four provinces around Turkey fell victim to the PKK’s hatred of nature Saturday, with almost simultaneous fires destroying forests in various parts of the country.

Turkish authorities were quick to detain suspected arsonists who burned forestland in southern Hatay province’s Belen district and it wasn’t long before a PKK-alligned terrorist group claimed responsibility for the attack.

The "Children of Fire Initiative” glorified the heinous attack on Turkey’s forests, praising the terrorists who initiated the fire.

The so-called "initiative" was responsible for many arsons in recent years and the group is known for its close ties to the PKK terrorist group.

The Children of Fire were also implicated by Turkish authorities in several earlier fires.

Formed in 1978, the PKK, recognized as a terrorist group by Turkey, the United States and European Union, has been waging violent attacks against the state and citizens since 1984, during which nearly 40,000 people have been killed. In addition to suicide bombings, deadly ambushes and massacres against civilians, the PKK either claimed or was accused of starting many forest fires in the past.