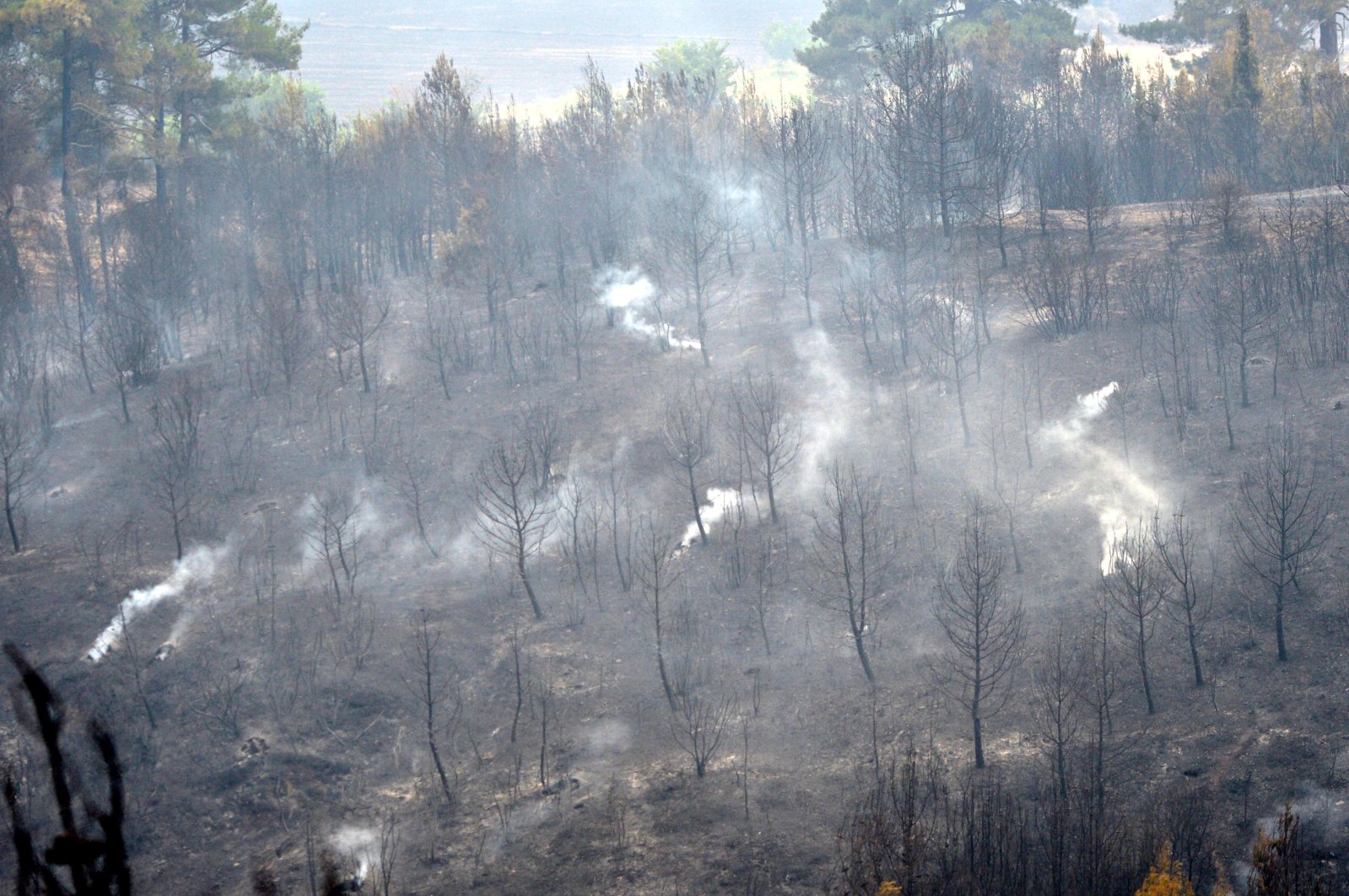 Authorities announced Tuesday that a forest fire that broke out Monday on the historic Gallipoli peninsula in the western Turkish province of Çanakkale was now under control. Minister of Agriculture and Forestry Bekir Pakdemirli, who was in the area to monitor efforts to extinguish the blaze, told reporters that crews were working to cool the devastated areas and it could take a few days more to completely put out the flames.

Helicopters and planes joined hundreds of firefighters on the ground to contain the fire that hit an area where Ottoman soldiers fought a World War I campaign more than a century ago.

The fire first started in the forestland between the villages of Yalova and Kumköy in the Eceabat district due to still unspecified reasons around 3 p.m. local time on Monday. It soon spread due to windy conditions, and flames could be seen from Çanakkale city center and the larger part of the peninsula. After the evacuation of Yalova, where around 300 people live, Kumköy and Bigalı villages were also evacuated. The Dardenelles strait was also closed to maritime traffic as efforts to contain the fire continued from the sea.

Pakdemirli said an investigation into the cause of the fire was underway but pointed out that 90% of forest fires are caused by people. He said hundreds of firefighters, fire trucks and helicopters and two planes worked to contain the fire but strong winds challenged the efforts. "So far, 450 hectares (1,112 acres) of land have been affected by the fire. Along with trees, there is damage to nearby fields," the minister said, noting that farmers whose crops are devastated will receive financial support from the government.

Bekir Karacabey, head of the General Directorate of Forestry, said that the fire likely affected the wildlife in the forests though no human casualties were reported.

Statistics released by the government show that many of the forest fires in Turkey begin due to lack of care for the forests demonstrated by people who randomly dump garbage in wooded areas, leaving flammable materials behind. Last year, 11,332 hectares of forest were lost to fires. Firefighters fought 2,688 forest fires last year. Figures by the General Directorate of Forestry (OGM) show that the cause of a majority of them was undetermined, but 883 fires stemmed from “negligence,” while 372 were sparked by natural causes. Another 124 fires were the result of sabotage, according to the investigations. Negligence led to the devastation of 6,529 hectares of forest, according to figures compiled by Anadolu Agency (AA).

The government, meanwhile, stepped up its fight against forest fires by providing better firefighting equipment for firefighters, including thousands of new boots and fire trucks, while it rented 30 firefighting helicopters to aid efforts to contain fires. From 2015 to 2019, firefighters battled an average of 2,521 fires each year while gradually increasing their response time, which currently stands at 12 minutes.

For residents of the peninsula, the fire was a dire reminder of another disaster in July 1994, when 4,049 hectares of land were devastated. Talat Göktepe, head of Çanakkale's forestry service, was killed while fighting the fire 26 years ago. Soner Oran, a peninsula resident, was 14 years old in the first fire. "We were young and very scared. Monday's fire was like that. We had the same fear when it came closer to our village because of winds," he told AA on Tuesday. Nurten Kayalar from Yalova village said crops on 100 acres of her land were damaged. "This was like the 1994 fire. I cried all day like I did 26 years ago. We live in a paradise and don't want to see it burning. Fires break out because people leave broken bottles and lit cigarettes in the open," she said.