Forest fires damage 4,298 hectares of land this year in Turkey 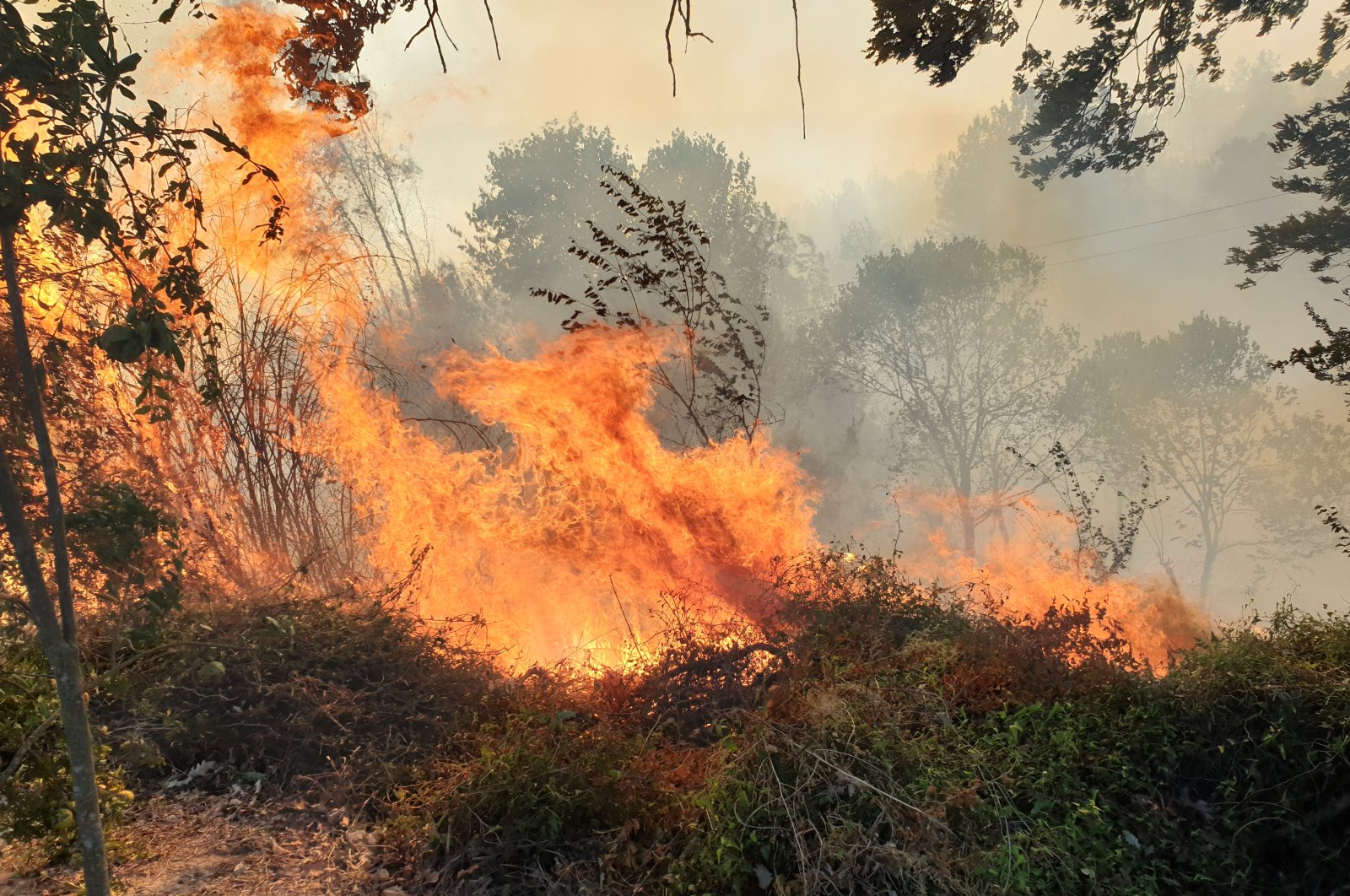 Since January, 1,800 forest fires damaged an area of 4,298 hectares (42.98 square kilometers) across Turkey, a senior official announced Friday. Bekir Karacabey, head of the General Directorate of Forestry, told Anadolu Agency (AA) that fires concentrated in Aegean, Mediterranean and Marmara regions in the south and west were due to the impact of climate conditions.

The current data from the first seven months of the last six years shows Turkey had the highest number of forest fires in 2016, with 1,474 fires in that period. In 2017, the fires inflicted the most damage, by burning 7,209 hectares of land.

Karacabey says they follow a three-pronged strategy against the fires: prevention, extinguishing and rehabilitation. “We create stripes of trees resistant to fire between forests or agricultural lands and inhabited lands to prevent fires from spreading. Inclined areas on the roadside are also regularly cleared to prevent spreading,” Karacabey said. Yet, he lamented that despite awareness campaigns and technical work, forest fires are common in the summer.

Causes of fires vary and this year’s fires between the month of January to Aug. 19 mostly stemmed from negligence. Karacabey says the cause of 957 fires is not known, while 31 fires were deliberately set. Around 116 stemmed from accidents. Authorities often warn picnickers not to leave flammable material they bring to the forests exposed. He also dismissed claims that the fires paved the way for commercial use of areas cleared by fires, pointing out laws that ban the use of burned areas for other purposes. “All burned areas must be replanted with trees under the law. State-owned forests also cannot be handed over for private use,” he noted.