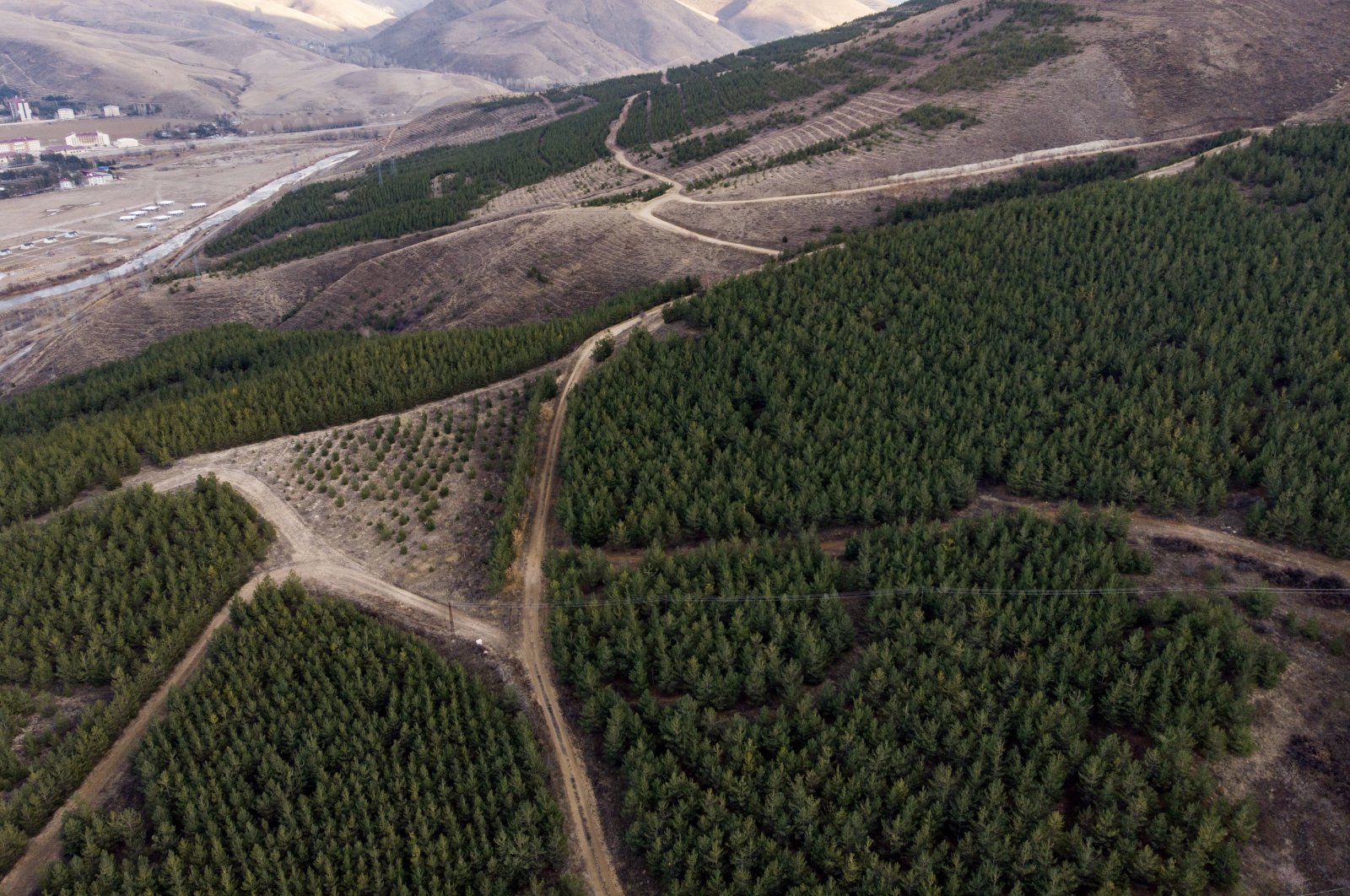 A lush forest is taking hold on Aslandağı, a small mountain in Bayburt, the country’s least populated province in the northeast. It was barren and brown 25 years ago, but 650 hectares (2.5 square miles) of land are now the pride of Bayburt with green slopes breathing new life into nature. It is a remarkable feat for a place that has the least forest in the Black Sea region, which is famed for its evergreen forests and highlands. In more than two decades, local authorities planted one million saplings to make Aslandağı greener than ever. It is the brainchild of then-Governor Ali Haydar Öner, who ordered the establishment of a provincial forest in 1995. What followed was the mobilization of local government agencies which were then joined by nongovernmental organizations (NGOs) and volunteers.

A sea of trees, from Scots pine to birch, acacia, wild pear tree, common hawthorn, rosehip, crab apple, maple, linden and silverberry have grown on the barren land since then. The forest also provides protection against floods and landslide risks as well as becoming a home for wildlife, from wolves to rabbits and lynxes.

Zeynel Yalçındağ, head of the Bayburt branch of the Directorate of Forest Services, says locals played a key role in the forestation. “We mark National Forestation Day on Nov. 11, and people across the country plant saplings those days. But long before it became a custom, people in Bayburt worked hard to create a new forest here. Some lands where the forest is located were private property, and people donated it to the state to create this forest. You see signposts through the forest, and each has the name of donors behind the planting. We are grateful to locals,” he told Anadolu Agency (AA) on Saturday.

“Before forestation started, people used to think that Bayburt’s lands are not suitable for forests, but the efforts proved otherwise. Now, around 300 hectares of lands are being planted with trees every year. Bayburt has a total land size of 365,000 hectares, and only 8% of this land is covered with forests. Our neighbor Gümüşhane has forests corresponding to 40% of its land. We have a potential to increase 8% to 30%, and we are working toward that goal,” he said.

The country was already engaged in large-scale planting efforts by the government, but it expanded its scope and mobilized the public last year. Along with creating new forests, the efforts aim to restore the forests that fell victim to fires. Last year, more than 47,000 acres of land were planted with saplings. A diverse array of saplings were planted, from spruce, cedar, black pine, Scots pine, birch, walnut, almond, mulberry, wild pear to rosehip, lavender and ash trees. Fruit trees were planted in areas frequented by wild animals to aid their survival.