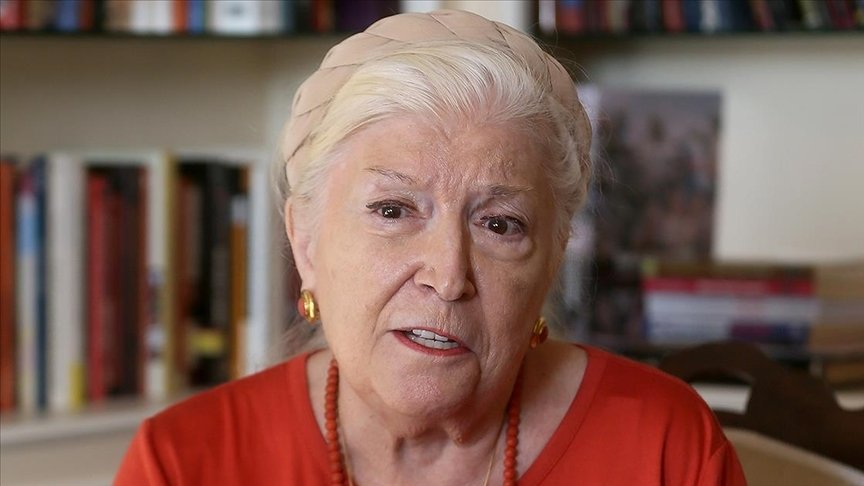 A funeral was held on Tuesday in Istanbul for professor Nur Vergin, a sociology expert whose works shed light on religious life and politics in Turkey. Vergin, 80, was found dead at her Istanbul home. The cause of her death is not yet known, but authorities believe she died of natural causes.

President Recep Tayyip Erdoğan as well as friends and relatives of Vergin attended the funeral prayers for the late professor at Merkezefendi Mosque in the city’s Zeytinburnu district. Vergin was an unpaid consultant for Erdoğan during the latter’s tenure as Istanbul's mayor in the 1990s. “I had the opportunity to have her company during my time as mayor. She was a real expert in finding overlaps in politics and sociology. I remember her most for her two quotes. She once said there were not ‘a whiter Turk’ than her but she never defended it. She also used to say that she was ‘a secular, but not secularist,” Erdoğan said.

Vergin had drawn the ire of her critics in the secular elite for justifying the overwhelming success of the ruling Justice and Development (AK Party) in the 2002 elections as a result of pressure on conservative circles in the country. Her remarks in a 2008 interview where she said the party would be in government in the next decade as well, something that ultimately proved correct, made her the target of a defamation campaign.

Born in Istanbul as the daughter of Mahmut Conker, the son of Nuri Conker, a military commander-turned-politician who was a close friend of the republic's founder, Mustafa Kemal Atatürk, Vergin studied sociology at Sorbonne University in France. She returned to Turkey in 1973 and started teaching at Istanbul University. She later served at Marmara University and Bilkent University. Apart from articles on religion and politics published in science journals, Vergin was a columnist for several newspapers and magazines. Among her prominent books were “Sociology of Politics,” “Religion, Society and Political System” and “Witnessing to Turkey.”

She refuted the argument that “the change in social science is very slow” in her book "Sociology of Politics." She argues out the events like the collapse of the Soviet Union, the high increase in international migration, ethnic wars and globalizing economy, against the opinion that knowledge is not renovated frequently like in medicine or engineering sciences.