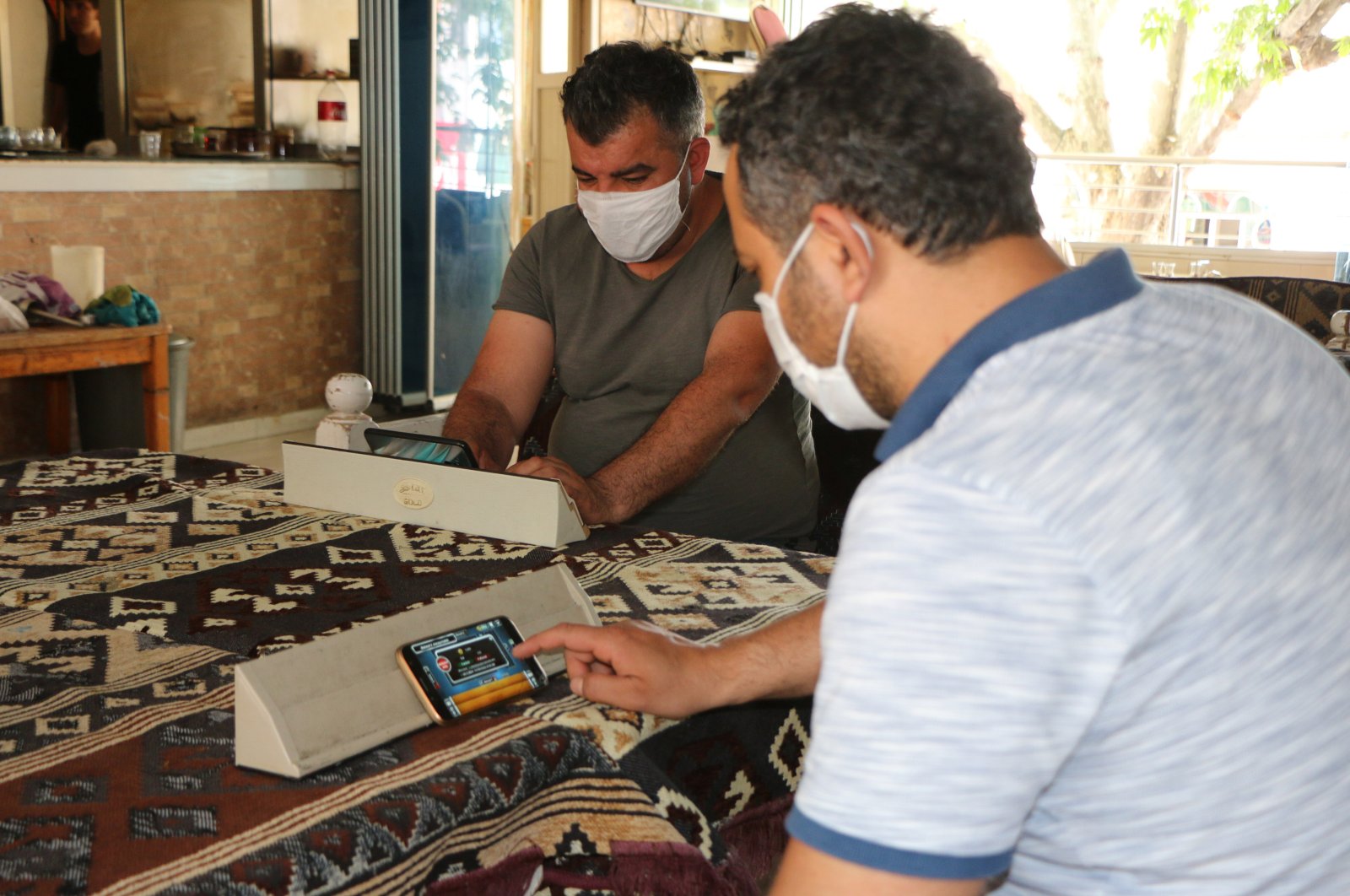 Nevertheless, one measure remains in place: a ban placed on card games, backgammon and okey. Across Turkey, coffeehouses are synonymous with okey, a tile game that blends rummy and mahjong. The ban has been a disappointment for regulars – until, that is, a way was found to circumvent the rule: going digital.

Placing their cellphones on tile holders, customers gather around tables and turn on their favorite okey apps, thereby avoiding the risk of infection posed by tiles used by various customers throughout the day.

Coffeehouses, a staple of the everyday lives of millions of men throughout Turkey, have been reopened albeit while having to abide by strict measures. Proprietors have switched from serving drinks in traditional glass cups to paper cups and removed all regularly used items that could spread the coronavirus. Meanwhile, the tables in these otherwise-packed joints remain ever more separated from one another, in line with social distancing.

Kayhan Yılmaz, an okey player and coffeehouse regular in the southern city of Adana, complains that playing okey on cellphones does not give him the pleasure of the “real thing” but that they would have to comply with the rules. Coffeehouse owner Eyüp İşbulan is glad to reopen his place after three months but says fewer people have returned due to the ban on games. “Coffeehouses should have reopened once it was safe to play games,” he said. “People can drink their tea or coffee at home too. They come here to play games."

Mehmet Tekin, a coffeehouse owner in the southeastern city of Adıyaman, said that while everyone works from home, they will have to wait for the pandemic to end to return to “real” okey. “There is not much difference between the two, but people want to feel the tiles,” he said.

Mahmut Vural, a coffeehouse regular, said the game is his only social activity and it was nice to relive it, albeit digitally. “At least you can’t cheat and can’t see what tiles other players have,” he said.