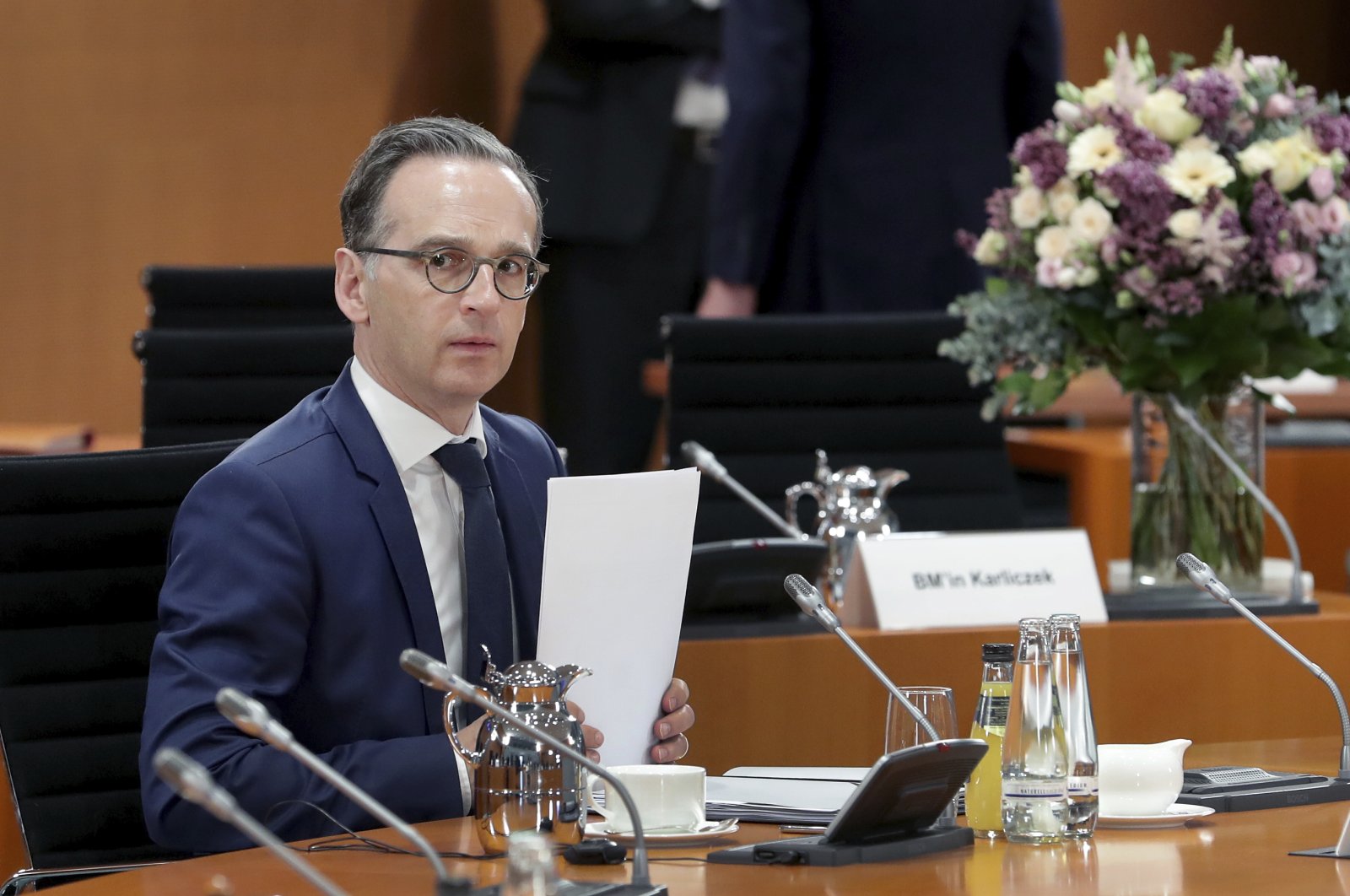 German Foreign Minister Heiko Maas holds a piece of paper prior to the weekly Cabinet meeting at the Chancellery in Berlin, Germany, April 29, 2020. (AP Photo)
by DAILY SABAH May 05, 2020 3:57 pm

According to German state TV Tagesschau, a spokesperson of the North Rhine-Westphalian (NRW) Ministry of Health confirmed that Turkey delivered 2 million mouth-to-nose covers to the state as part of Turkey’s worldwide donation campaign against the COVID-19 outbreak.

However, as no announcement was released regarding the incident, German media revealed that a request came from Maas to the Turkish government to keep it a secret, following a dispute between NRW Prime Minister Armin Laschet and Maas over whether such a donation should be accepted.

Turkey has received requests from 100 countries and has delivered aid to at least 57 countries so far to help them fight the coronavirus outbreak, including countries badly hit by the virus, such as the United States, the United Kingdom, Italy and Spain.