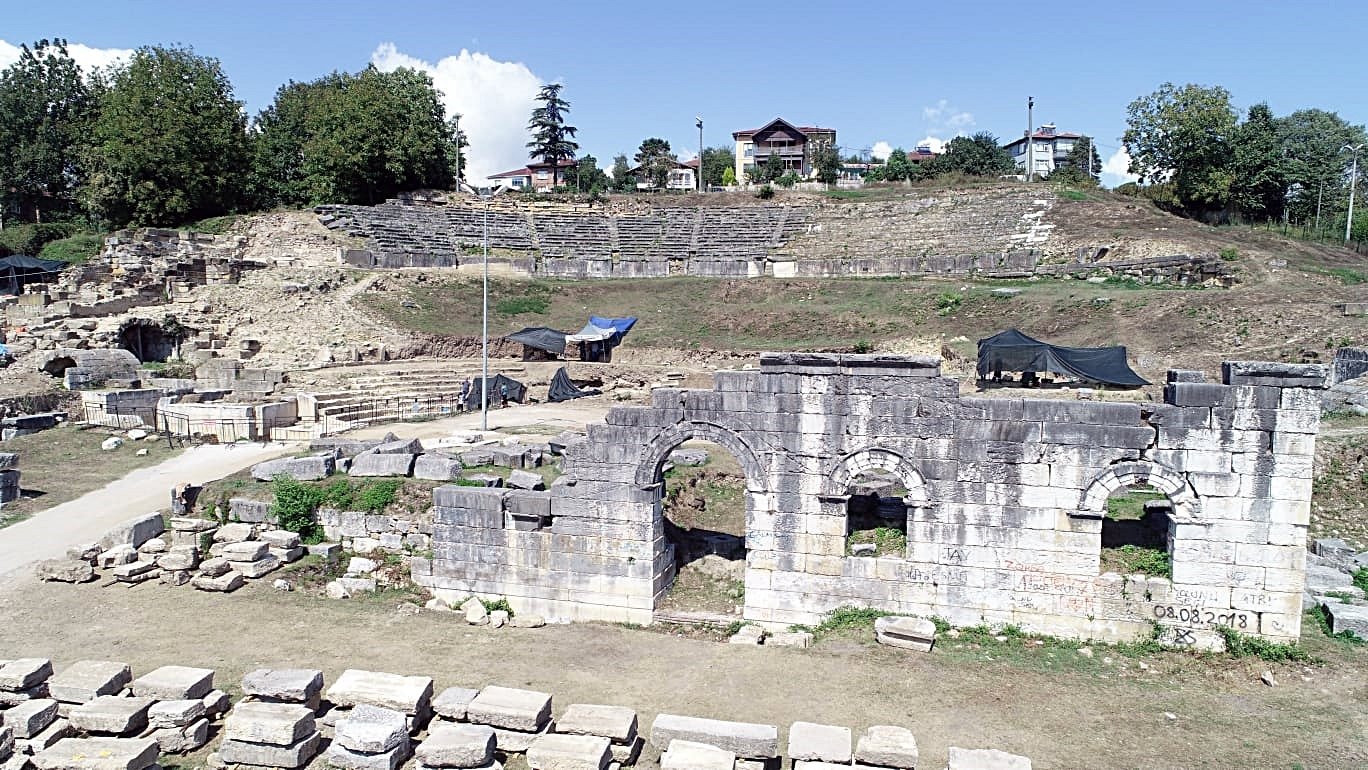 The excavation of artifacts dating back to the Roman period in northern Turkey’s Düzce province received attention from Germany and Italy, as the two countries offered to participate in the work being done at the archeological site, the province mayor said.

“They called us and offered to join excavations. This site has become interesting not only for Düzce but for all world,” Düzce Mayor Faruk Özlü told Demirören News Agency (DHA).

The excavations continue in the Konuralp Prusias Ad Hypium Antique Theater excavation area, located in the Konuralp district, which is home to many civilizations with a history dating back approximately 2,500 years. Archeologists have been digging in the area since 2013.

Özlü said that the teams will start work in two different shifts with the permission of Turkey's Culture and Tourism Ministry, and will likely unearth new artifacts soon.

“We advanced a lot in the last year. The ancient theater has begun to appear. While the teams continue excavations, they are showing maximum attention to prevent any damages on sites already found,” the mayor said.

Archeological teams from the Ministry of Culture and Tourism carry out excavations in many different regions of Turkey to unearth artifacts belonging to the Roman era and other civilizations that once lived in Anatolia.