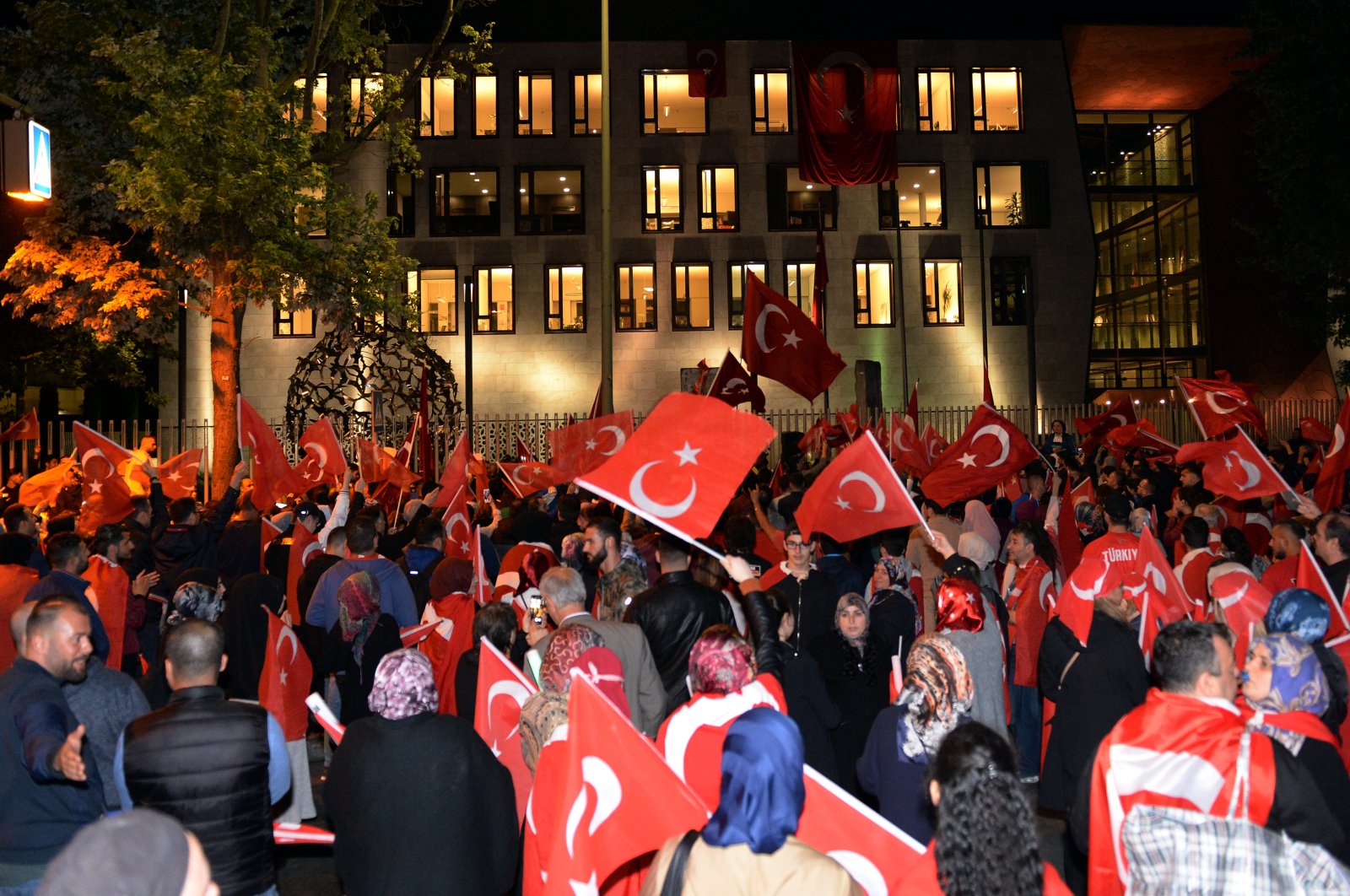 The German government showered hundreds of associations in the country linked to the Gülenist Terror Group with millions of euros in funding, a report by German media says

The Gülenist Terror Group (FETÖ), the culprit of the failed July 15, 2016 coup attempt in Turkey, thrives abroad with the support of other countries. Germany, a safe haven for many members of the group who fled Turkey after the brutal attempt that killed 251 people, offers funding that allows the group to survive. A report by Germany’s Süddeutsche Zeitung newspaper said the Berlin government handed out millions of euros to about 300 associations close to FETÖ.

The report says associations often hide their links to the group, whose self-exiled leader Fetullah Gülen is one of Turkey’s most wanted men.

Among those associations are Education and Training Without Borders (EBG), which received 180,000 euros ($212,319) between 2017 and 2019 for its “Jusa” project that involves holiday camps and youth training, something the terrorist group exploited in Turkey for years to brainwash impressionable young recruits to join it. EBG received 848,700 euros of government funds in 2019 and 2020. Süddeutsche Zeitung said “Gülen associations" can hide their ties to the group due to their unclear structure and vast network of other associations which they partner with to obtain funding.

FETÖ-linked institutions in Germany are careful to hide their affiliation with the terrorist group. Media reports say that there are about two dozen private schools and 150 "tutoring centers" run by the terrorist group. An unknown number of unofficial dormitories (lighthouses, as they are known in Turkey) also exist in the big cities of Germany.

The European country was accused by Ankara of turning a blind eye to FETÖ's crimes by giving shelter to fugitive members of the group. Among them are high-profile members like Zekeriya Öz and Celal Kara, two renowned prosecutors linked to the group. Both are wanted in Turkey for membership in a terrorist group, and Turkish media has claimed that they were protected by German intelligence in an unknown location. Öz and Kara were behind a string of sham trials in Turkey that helped FETÖ to imprison its critics. Ankara had sought their extradition, but Berlin had claimed there was no information about their whereabouts.

Adil Öksüz, an even more important figure in the terrorist group, is also believed to be in Germany or at least to have stayed there for a while. Öksüz is accused of masterminding the coup attempt in 2016 upon the instruction of Gülen and has remained at large since the coup attempt was quelled. He stayed in an old U.S. military barrack in Germany’s Heidelberg, Turkish broadcaster A Haber reported. Also used by NATO troops, the barracks were converted into a place for asylum-seekers, and Öksüz lived there, along with other senior members of FETÖ who fled Turkey. More than 120 members of the group reportedly stayed there.

Along with being embraced by Berlin, FETÖ members find assistance from fellow members of the group in the form of a nonprofit organization that seemingly aims to help "refugees." Aktion für Flüchtlingshilfe (Aid Action for Refugees), which has links to FETÖ, helps the group's members arriving from Turkey learn German and find jobs and accommodation in the country.

FETÖ is known for its widespread infiltration of Turkish government agencies, law enforcement, the judiciary and the military. Tens of thousands of suspects were dismissed from their public sector jobs, detained or arrested following the coup attempt, which was carried out by the terrorist group's infiltrators in the military.