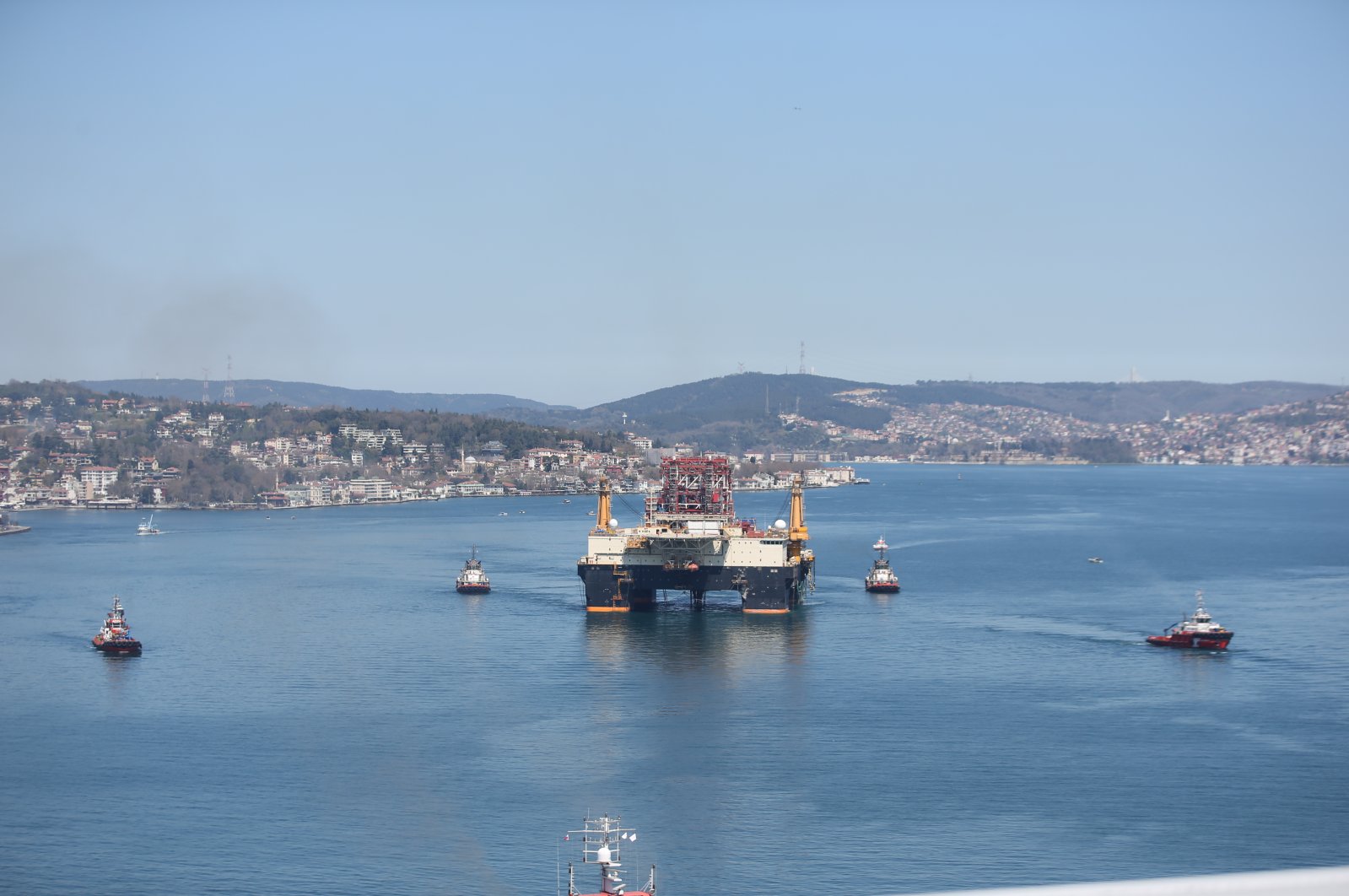 Maritime traffic in the Bosporus in Istanbul, one of the world's critical trade routes, came to a halt Monday to allow the passage of a giant oil vessel.

The "Scarabeo 9," a Bahamas-registered oil platform that is 115 meters long and 78 meters high, began to pass through the Bosporus at 10 a.m.

With a gross tonnage of 36,863, the ultra-deepwater semi-submersible offshore drilling rig left the Romanian port of Constanta en route to the Cartagena port of Spain.

Maritime traffic between the Marmara Sea and the Black Sea was suspended in the Bosporus and tight security measures were taken during the passage of the rig.

Four tugboats, two coastal security vessels and five harbor pilots accompanied Scarabeo 9 during the passage. The vessel was expected to complete the crossing in six hours, arriving in the Marmara Sea at 4 p.m.

The height of the platform was adjusted to allow secure passage under the three bridges crossing the Bosporus.