Guests attend weddings in Turkey due to social pressure despite pandemic 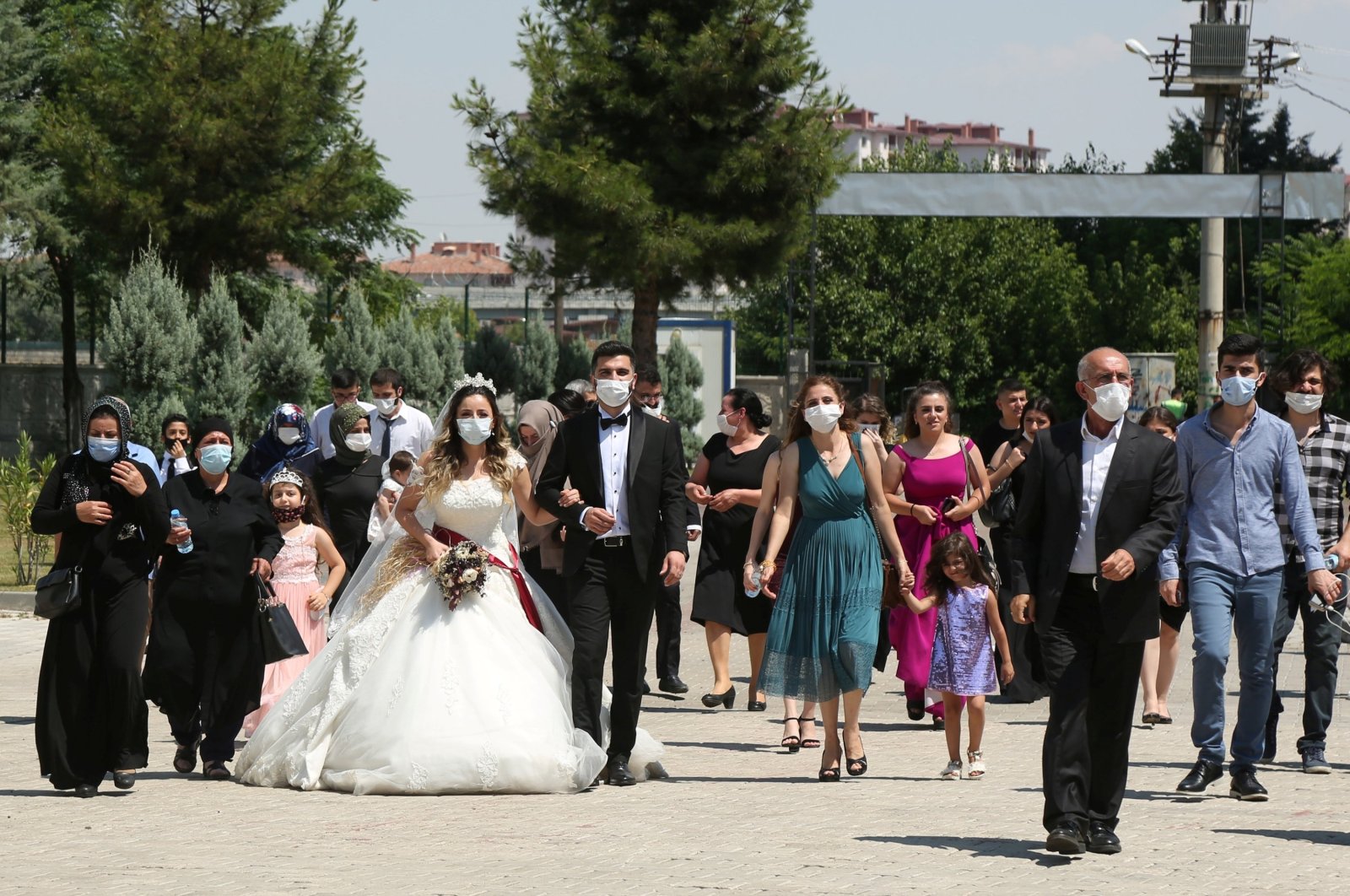 An overwhelming majority of people invited to weddings feel forced to attend the ceremonies to avoid appearing rude, despite a reluctance due to the coronavirus pandemic, a survey published Sunday revealed.

The survey questioned more than 1,000 people and was carried out in cooperation with the marketing firm, Adgager, and Takı Kolay, a digital retailer established to help people send gold coins – a common gift for newlyweds in Turkey – without attending the ceremonies.

According to the questionnaire, 72% of the respondents said they felt skipping out on the weddings would offend the bride and the groom, while 56% said it would also be regarded as rude by the families on both sides.

Regarding the preferred choice of gifts, 53% said they preferred giving traditional gold coins, while 40% said they opted to simply hand out cash to financially support the newlywed couples without any additional hassle.

While the respondents' answers indicated a clear preference regarding physical interactions with marrying couples, answers about online alternatives showed the coronavirus could introduce lasting changes to how weddings will be carried out across the country in the future.

According to the survey, 83% said they were fine with their invitations being delivered digitally. Regarding the usage of online platforms for gifts, 68% said they were willing to try digital alternatives for sending their gold coins.

While the results of the survey revealed what was already known, that Turks and wedding ceremonies are almost inseparable, the apparent tendency to try out digital alternatives could offer a glimpse of hope for the authorities, as they have been struggling to contain enthusiastic friends and relatives of marrying couples from getting squashed together and dancing their hearts out in weddings.

During the initial months of the coronavirus pandemic, Turkey banned all wedding ceremonies but with declining infection rates in the summer, the ceremonies were allowed once again under a long list of mandatory precautions.

But since then, dozens of videos circulated on social media have shown guests at weddings partying and dancing while ignoring the measures. Reports of outbreaks among the attendees soon followed.

Fighting an uphill battle, Turkey imposed further restrictions on weddings, limiting them to plain one-hour ceremonies instead of extravagant parties. But it did little to discourage serial wedding attenders, as police officers frequently bust underground wedding ceremonies held in halls located out of sight.