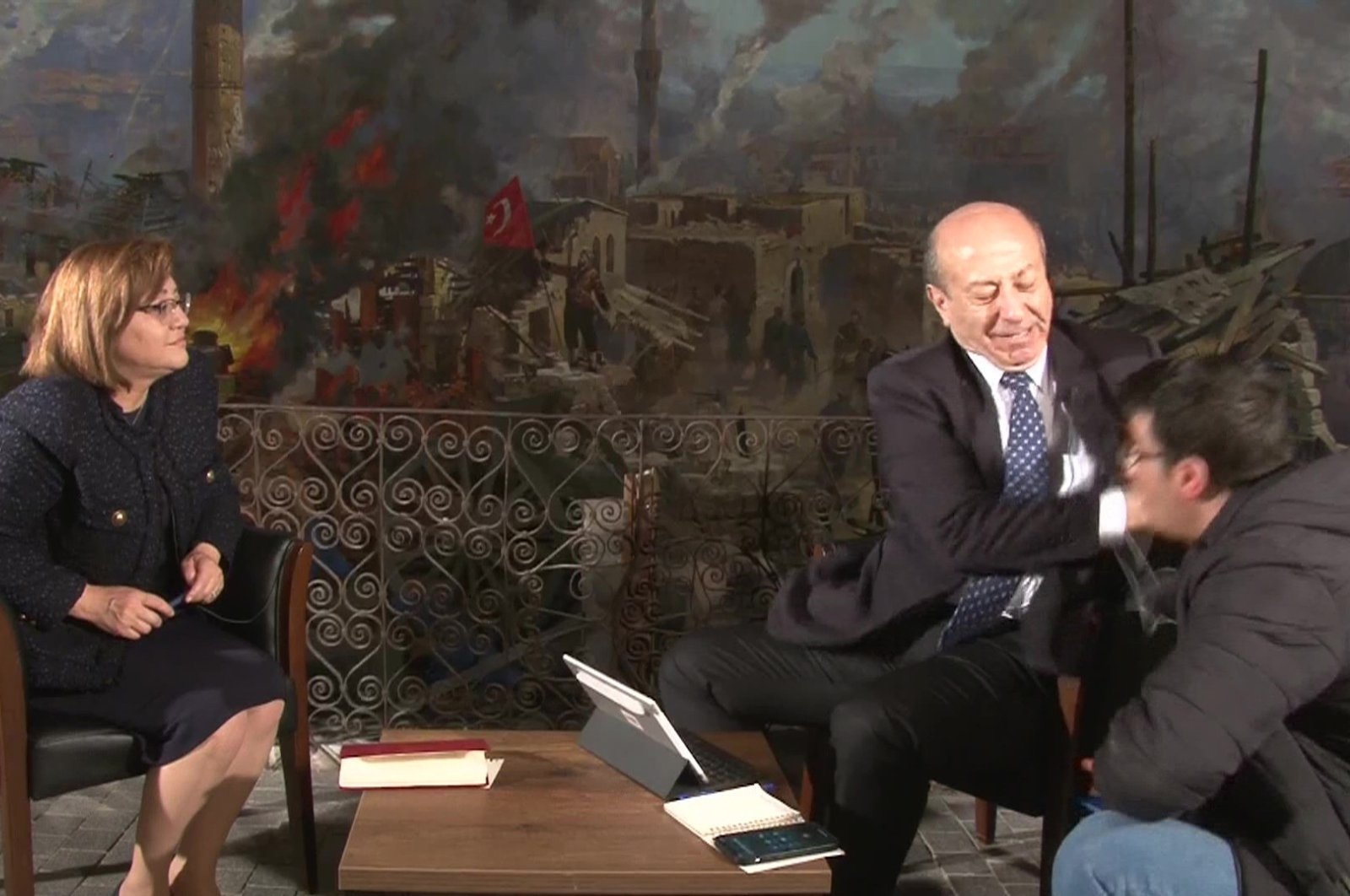 Turkish journalist Muharrem Sarıkaya resigned from his post as Ankara representative of Ciner Media Group after footage showing him slapping a cameraperson during an interview caused outrage on social media.

In the live broadcast of Habertürk TV on Sunday, Sarıkaya, who was conducting an interview with Gaziantep Metropolitan Municipality Mayor Fatma Şahin, slapped Ihlas News Agency (IHA) cameraperson Ahmet Demir after he got angry due to a recording problem.

Although the incident took place during a live interview, it did not affect the broadcast. After the footage spread in social media, Habertürk released a statement, saying that Sarıkaya’s attitude is unacceptable. The TV station also apologized to Demir.

Demir told the media that Sarıkaya also apologized for the incident, but he refused to accept the apology and will press charges against Sarıkaya. Journalist unions also condemned the incident.

IHA also received its fair share of criticism for not releasing the footage until two days after the incident.

Several journalists also took to social media accusing Sarıkaya of aggressive or abusive behavior in the past. A former correspondent working at Habertürk's Ankara bureau accused Sarıkaya of a physical attack while she was pregnant, in addition to constant mobbing in the office.

Another correspondent replied to Sarıkaya's Twitter apology that the veteran journalist pushed him during a press conference in Ankara and pulled his microphone when it blocked his view.

Şamil Tayyar, a journalist-turned-politician from the ruling Justice and Development Party (AK Party), also accused Sarıkaya of insulting him while working together in the early 2000s.