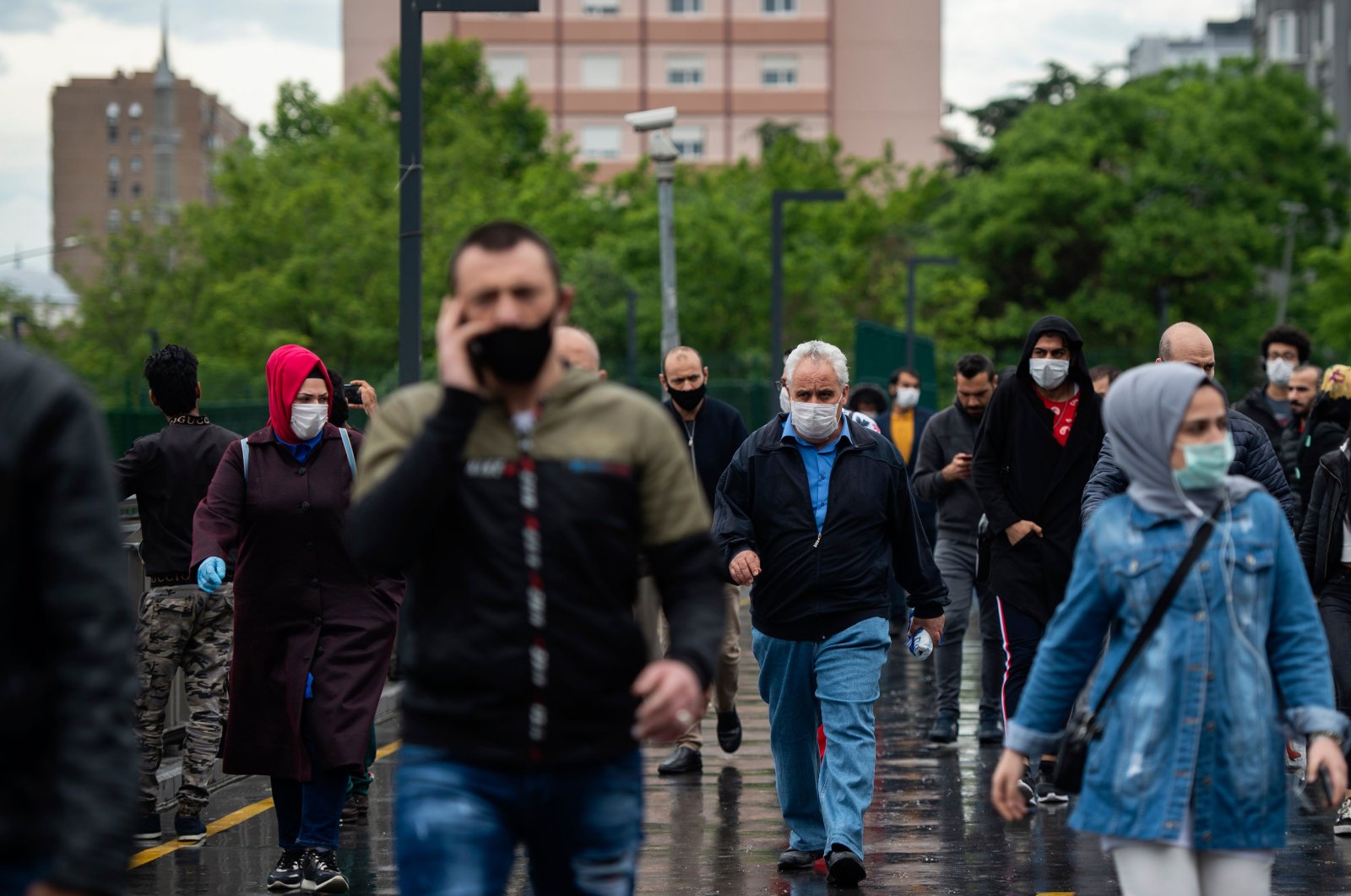 Announcing that Turkey is in the second stage of its fight against the COVID-19 outbreak, Health Minister Fahrettin Koca urged citizens to remain vigilant against the threat of the coronavirus despite restrictions having eased

Turkey is well prepared against a second wave of coronavirus infections, even if the odds of a resurgence are low, Health Minister Fahrettin Koca said Thursday as he announced that the country was officially in the second phase of its fight against the virus.

Instead of appearing in front of TV cameras and journalists as he used to do after his meetings with the country’s Coronavirus Science Board, the minister opted to inform the public of the latest developments via a written statement in the early hours of Thursday.

Hours before the statement, the minister announced Turkey’s latest case numbers and death toll. According to the minister, 34 more people died in the past 24 hours, bringing the total number of those who died from COVID-19 to 4,431.

While the minister was optimistic about the projection of the outbreak in his statement, he nonetheless criticized citizens for not abiding by social distancing rules in the past few days, especially after the end of the four-day countrywide curfew during Ramadan Bayram, also known as Eid al-Fitr.

“The days we spent at home should have reminded us to be more cautious. We are in the second phase of our fight against the virus. A time when the risk still exists. The lifestyle of this period is controlled social life as we have said many times before,” the minister wrote.

Saying there were two rules to follow to be safe from the virus when stepping outside the house, the minister named face masks as the first priority and said they should be accepted as part of daily attire, not an optional accessory.

“It should cover both nose and mouth. The virus infects through respiration. But it’s not enough for us to wear it alone, others need to as well, and we should be able to warn those who refuse to put one on. The risks can only be reduced if both sides follow the precautions. Masks are the No. 1 priority of a controlled social life,” Koca said.

Social distancing, unsurprisingly, was the second priority for the minister.

“If two people don’t leave at least 1.5 meters (5 feet) of distance between them, the risk of transmission increases. While masks are an important precaution, they are not enough alone. These two important precautions complete each other,” he wrote.

Asking citizens to not only follow the rules themselves but influence others as well, he once again reminded us that the life we knew before the virus is out of reach for the time being. The minister also urged people to follow the guidelines willingly rather than begrudgingly and said the rules of the so-called new lifestyle are not as restrictive as before.

“We can accelerate the return to normal if we follow the rules. It is not correct to assume life will go back to a time before the outbreak once the clock hits 12 a.m. and the curfew is lifted.”

Apart from his usual warnings, the minister also offered a glimmer of hope for the country’s elderly and youth. During the initial outbreak, the government placed all citizens aged 65 and above under curfew on March 21 and the measure was soon extended to include youth aged 20 and below.

But with a decreasing number of new cases and those who recovered making up more than 70% of all cases in the country, Ankara decided to ease the curfew rules and allow those under curfew to go out on specific days of the week.

With restrictions eased, the government allowed seniors to go out on Sundays, while children aged up to 14 were given Wednesdays and youth between the ages of 14 to 20 were granted Fridays.

Asking the age groups placed under lockdown to hold on a while longer, the minister said the government would revise the curfew plan soon.

“We will revise the regulation about these age groups soon and share it with public. There a lot of options on the table. We know how our senior citizens and youth feel, even if they might not understand the full gravity of a pandemic. We carefully listen to every feedback from these age groups,” he said.

In line with Koca’s words offering hope for those under curfew, many turned their attention to President Recep Tayyip Erdoğan’s Cabinet meeting. The president was expected to announce further easing of restrictions with many hoping the weekend curfews placed on 15 largest provinces would be declared over, even if the travel restrictions remained.

As Koca offered a preview of what was to come, more concrete steps to return life to normal came with intercity train services resuming on Thursday.

At 7 a.m. local time, an intercity train left the capital, Ankara, for Istanbul for the first time since the March 28 halt in services.

Trains will make 16 trips daily, although individuals aged 20 or younger and 65 or older cannot travel.

Trains would run at half capacity with no ticket price hikes, Transport Minister Adil Karaismailoğlu said, adding that passengers would be monitored for virus symptoms.

"Passengers showing COVID-19 symptoms during the trip will be taken to isolation compartments on the trains and handed over to health officials at the first appropriate station," he told reporters at Ankara's train station.

Despite the resumption of services, travel restrictions were still in effect for 15 provinces – down from an initial 31 – and citizens looking to use the trains in provinces under lockdown were required to obtain special permits.

Boarding the train in Ankara and arriving around four hours later in Istanbul, one of the passengers said there were precautions during her travel journey.

“They really pay attention to social distancing. Disinfectants were available everywhere. There was also a lot of cleaning going on. Other than those, everything was the same,” Merve Demir told Anadolu Agency (AA).

Another passenger said she had missed traveling by train and the trip was smooth. “The rules were fine. The precautions put our minds at ease. We didn’t encounter any problems,” Özgenür Altaş said.

The train services were the latest in a string of services reopening as part of Turkey’s normalization process. The government previously allowed barbershops, beauty salons and shopping malls to reopen, albeit with a limited capacity.

The bazaar – home to almost 3,000 shops employing more than 30,000 people – was closed on March 23, with officials calling it the longest closure in the bazaar's more-than-550-year-long history, except for forced shutdowns following fires and earthquakes.

The bazaar will reopen under strict rules laid out by the Health Ministry, which include the mandatory use of face masks and a limit on the number of customers allowed inside.

"2020 seems to be a year of economic losses for us. If business returns to normal, tourism opens and flights resume by September, I believe we will also return to normal," said Ayhan Oğuz, a jeweler on the bazaar's main alley.

"My shop remains open but there's no customers, there's no business," he added.

It’s not only Grand Bazaar gearing up for a return to business, as the neighboring and smaller Spice Bazaar will also open its doors to customers.

The Spice Bazaar was closed on the same day as the Grand Bazaar and is scheduled to reopen at 10 a.m. on Monday.