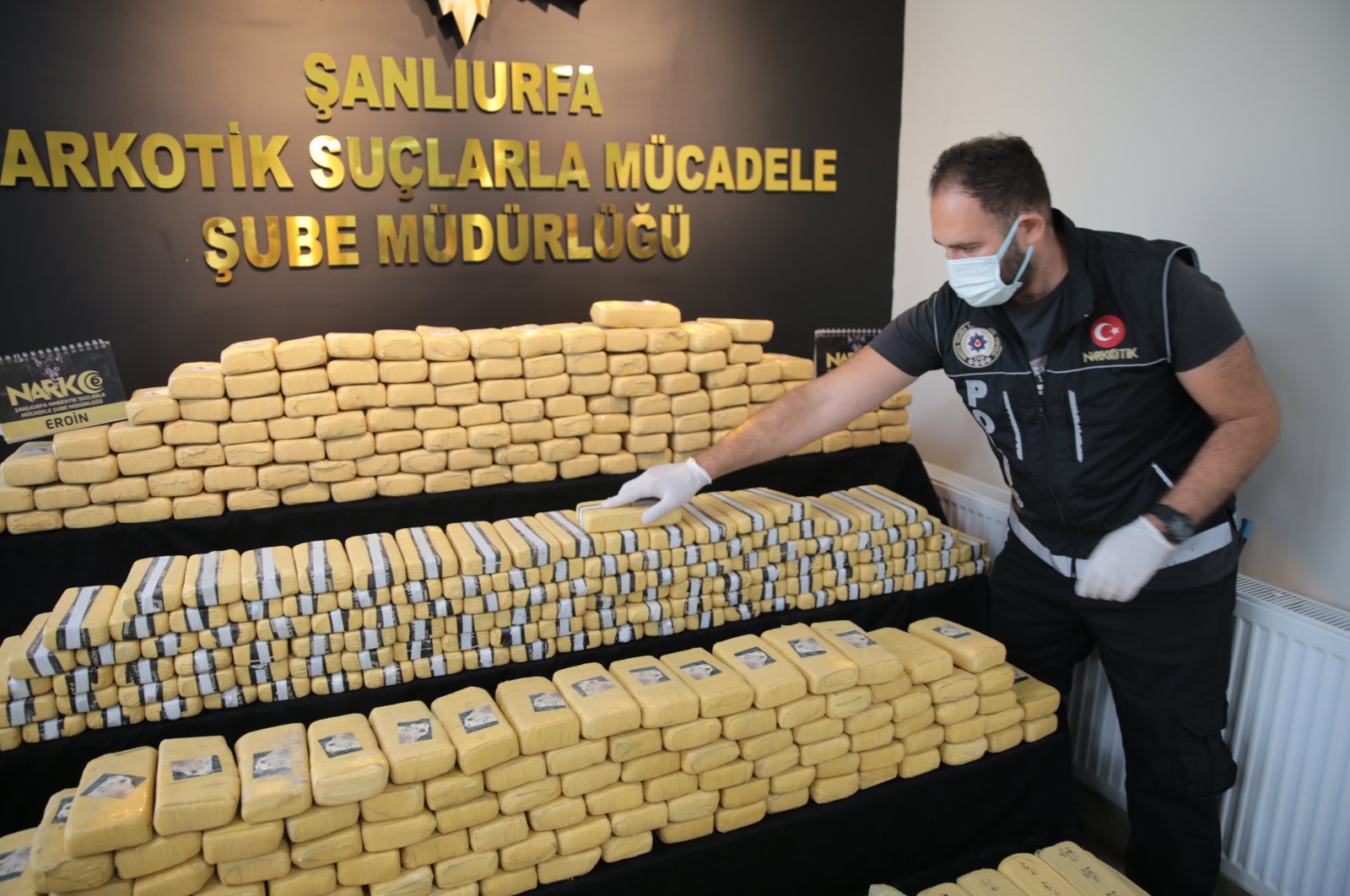 Police counter-narcotics teams seized 275 kilos (606 pounds) of heroin in an operation in the southeastern Turkish province of Şanlıurfa on Monday. Media outlets reported that the seized drugs were worth around $2.4 million (TL 20 million). Two suspects were arrested in connection with the drug bust.

Drugs were discovered inside a truck stopped at a security checkpoint on a road connecting Şanlıurfa to Diyarbakır province. A sniffer dog alerted security officers to the hidden cache of drugs at the back of the truck. Drugs were reportedly being transported to the western cities in Turkey, although their origin is not clear yet.

Turkey’s southeastern region has been the scene of a large-scale counter-narcotics operations in recent years. The terrorist group PKK, which is responsible for a bloody campaign of terror in the region, is accused of profiting from drug cultivation and smuggling.

Turkey, a transit route in drug smuggling between Asia and Europe, is fighting a decisive battle against drugs proliferating in the country. South America is the primary source of cocaine and similar drugs smuggled into the country, for both domestic use and as a transit point for smuggling to Asian countries. In 2020, counter-narcotics police conducted 140,000 operations and seized 20 tons of marijuana, 11 tons of heroin and 800 kilograms of cocaine. Customs officers at the country's borders and ports, seized 9.7 tons of drugs last year. In the country's southeast, millions of cannabis plants were seized and destroyed.