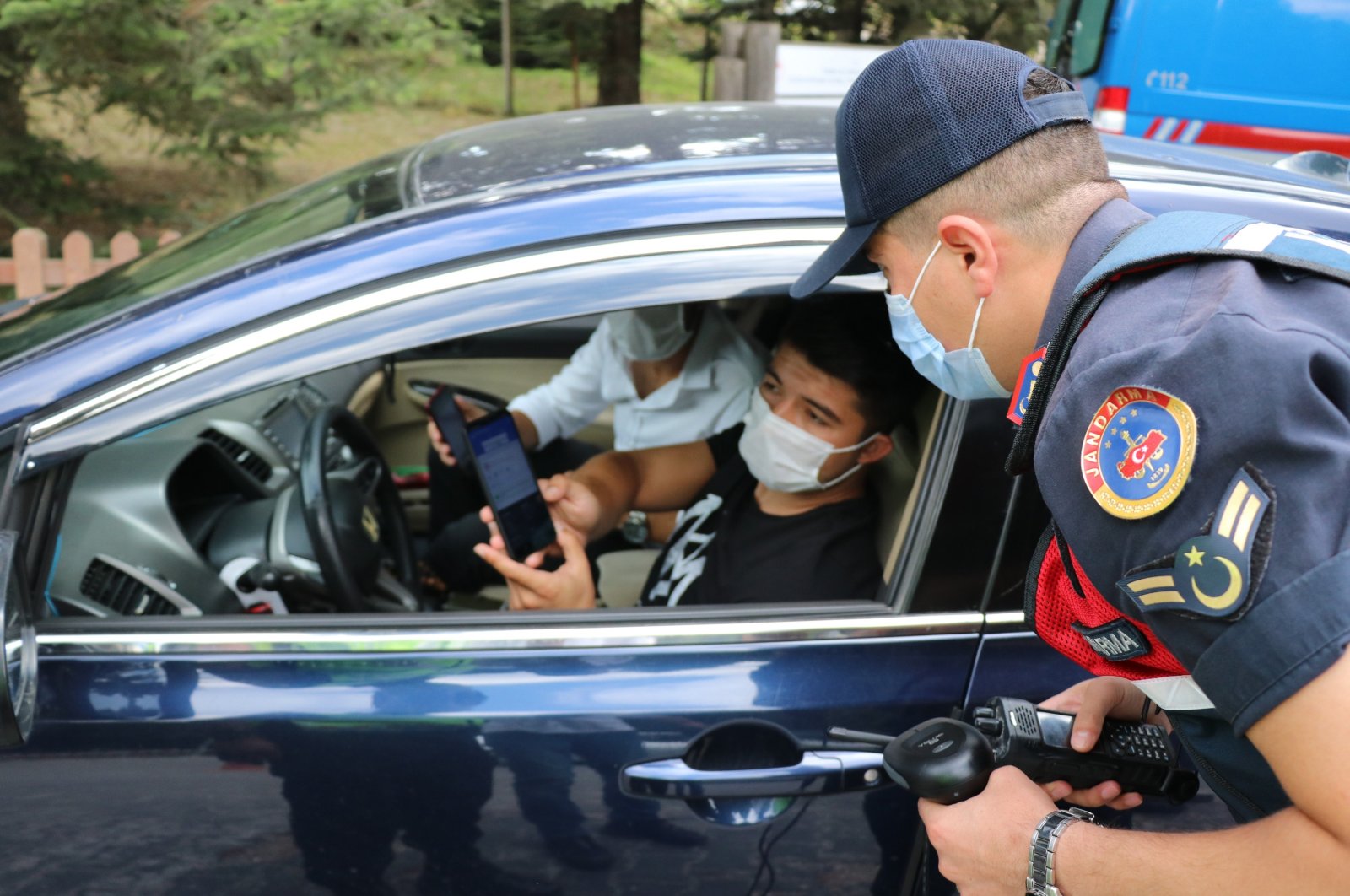 Turkey increasingly relies on the app HES, which assigns a code to every applicant and enables access to health records for admission to public places, from businesses to national parks, amid the coronavirus outbreak

In Turkey’s new normal, daily life is a mix of routine and unprecedented. The harshest restrictions imposed due to the COVID-19 outbreak have long been lifted, but measures are still here. Just like they have gotten accustomed to wearing protective masks, the Turkish public is getting familiar with another necessity of new, controlled social life: The use of HES codes, which provides information on whether a person is positive for the coronavirus, has become more common. HES, a shortened form of Hayat Eve Sığar (Life Fits Into Home), an app developed by the Health Ministry, gives a unique code to every user based on their personal health records. Thus, their current health status and whether they are infected can be checked.

Initially launched for use in intercity travel, the usage of the code is growing every day. In Bolu, a northern province home to three national parks popular among visitors to the province, local authorities overseeing the pandemic measures, mandate a HES code for entrance to the parks. The requirement comes amid an increase in cases in Bolu. Visitors can enter parks in Abant, Gölcük and Yedigöller by showing their code to the park authorities. Agriculture and Forestry Deputy Minister Fatih Metin told Anadolu Agency (AA) that Bolu, which is located between the two major metropolises of Ankara and Istanbul, is a center of attraction with its nature and national parks. Mesut Kocabaş, who came to Gölcük Nature Park for a holiday with his family, stated that the application was effective and said: "We were following the process. It is a necessary application for the prevention of the spread of the virus. The HES application can be applied not only to nature and national parks but to every place that is crowded."

Similar practices have been in place in other provinces since early August. In Kocaeli, a northwestern province, a HES code is mandatory for guests at wedding parties. In each wedding hall, guests’ codes are recorded, and the duration of wedding parties is limited to two hours under a regulation introduced by the local pandemic board. Previously, wedding halls were required only to examine the body temperature of guests and ensure everyone inside wears a mask and heeds social distancing warnings. A HES code is also required for visitors at public agencies, from tax offices to local governorates. In the southeastern province of Şanlıurfa, the code is required to join every major event, from weddings to gatherings for paying condolences to the family of a deceased, a long-held tradition in the region.

Turkey on Sunday confirmed 1,217 new coronavirus cases, taking the total tally to 258,249, Health Minister Fahrettin Koca said. More than 80,300 tests were conducted to diagnose the virus in the past 24 hours, as the national testing total surpassed 6.3 million, according to Health Ministry data. The data showed 795 more patients overcame COVID-19 in the past 24 hours, bringing the total number of recoveries to 258,249. Turkey's death toll rose to 6,121 with 19 new fatalities. "Our strength is as great as our compliance with the measures," Koca tweeted.

Crowded places pose one of the greatest risks amid the outbreak. Mass transit in big cities has been of particular concern as more and more people take it for commuting as normalization, which began in June, restored daily routines for millions. In Istanbul, 8 million people take mass transit every day. Though it decreased to about 4 million during the outbreak, crowds in buses and metrobuses are still a common sight. Photos and videos show people have trouble maintaining social distancing in packed buses. Therefore, experts recommend a change in working hours to reduce the crowding.

Professor Mustafa Ilıcalı, the head of the Mass Transportation Scientific Advisory Board of Istanbul's governorate, said mass transit is a “breeding ground” for new cases. Speaking to Demirören News Agency (DHA) on Monday, Ilıcalı suggested modifications to working hours to lessen the rush hour traffic. “The number of commuters gradually increases with a return to normal life. The situation will be dire if numbers reach pre-pandemic levels,” he warned. “The number of passengers is halved, but we don’t see people heeding social distancing or passenger capacity. This can be prevented. There are 6,000 buses in the city, but adding more buses to ease crowding will not be a solution. We need to control the transportation demand. Even as the mass transit use levels decrease, rush hours necessitate a larger capacity. So, to ease traffic in peak (rush) hours, we need different working hours for commuters,” he said. Ilıcalı noted that the board was working on it and added that the commuter and traffic data varied from district to district in the city. “We have 10 districts with the heaviest burden of traffic, and traffic and the number of commuters peak between 7 a.m. and 10 a.m., between 5 p.m. and 9 p.m. Esenyurt, Beşiktaş, Kadıköy, Şişli, Beyoğlu and Ataşehir generate the most traffic. As schools will reopen, we have to consider new hours,” he said.