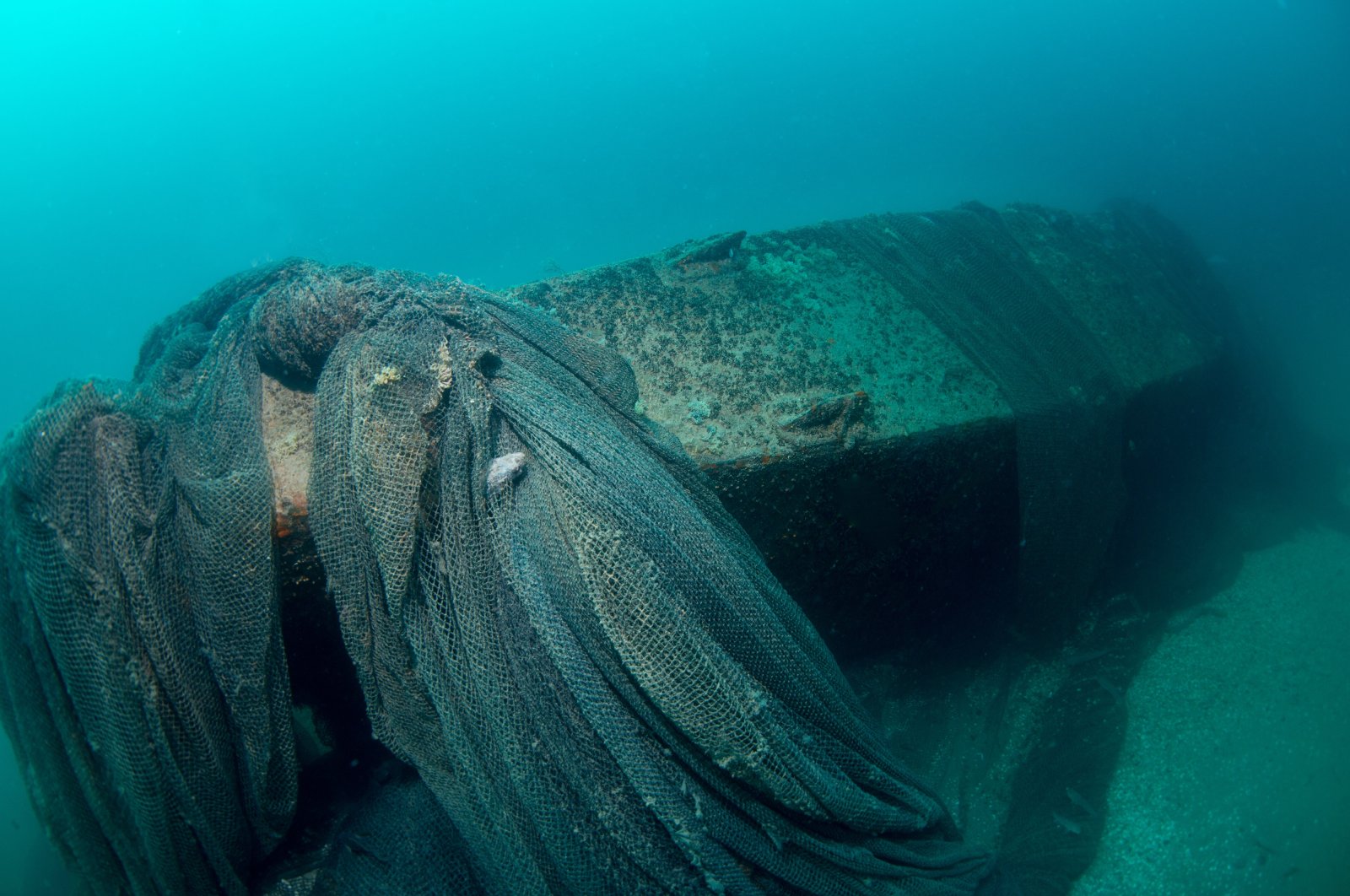 Covered with “ghost nets” left behind by fishermen, the wreckage of a U-20 submarine dispatched to the Black Sea by Nazi Germany recently became the topic of a documentary produced in Turkey.

Located at a depth of 20 meters (65.6 feet) off the Karasu coast of Sakarya province in the north, it was part of a six-submarine fleet for naval domination in the Black Sea during World War II.

Professor Mehmet Emin Birpınar, deputy environment and urban planning minister, shared a photo of the submarine on his social media account and said the submarine is a “witness of the war” and should be “preserved and opened for dive tourism.”

Tahsin Ceylan, a documentary filmmaker, had shot a two-part documentary on the Nazi fleet and recently dived again in the area, only to see nets covering the outer body of the submarine. Ceylan told Demirören News Agency (DHA) on Monday that the fleet aimed to deter Soviet dominance over the Black Sea. “Their transportation here is truly an engineering success. They were dismantled and brought to Elbe River and from there, specially designed trucks took them to the Danube. They were reassembled again in Romania’s Constanta and put to sea,” he said.

Ceylan noted that submarines sank many Soviet vessels, but when the Soviet Union captured Constanta, they managed to sink one of the ships while the crew of two other submarines “sank the vessels themselves to avoid them falling into hands of Soviets.” The other three submarines were also sunk by Germany after its defeat in the war and the submarine off Karasu was one of them.