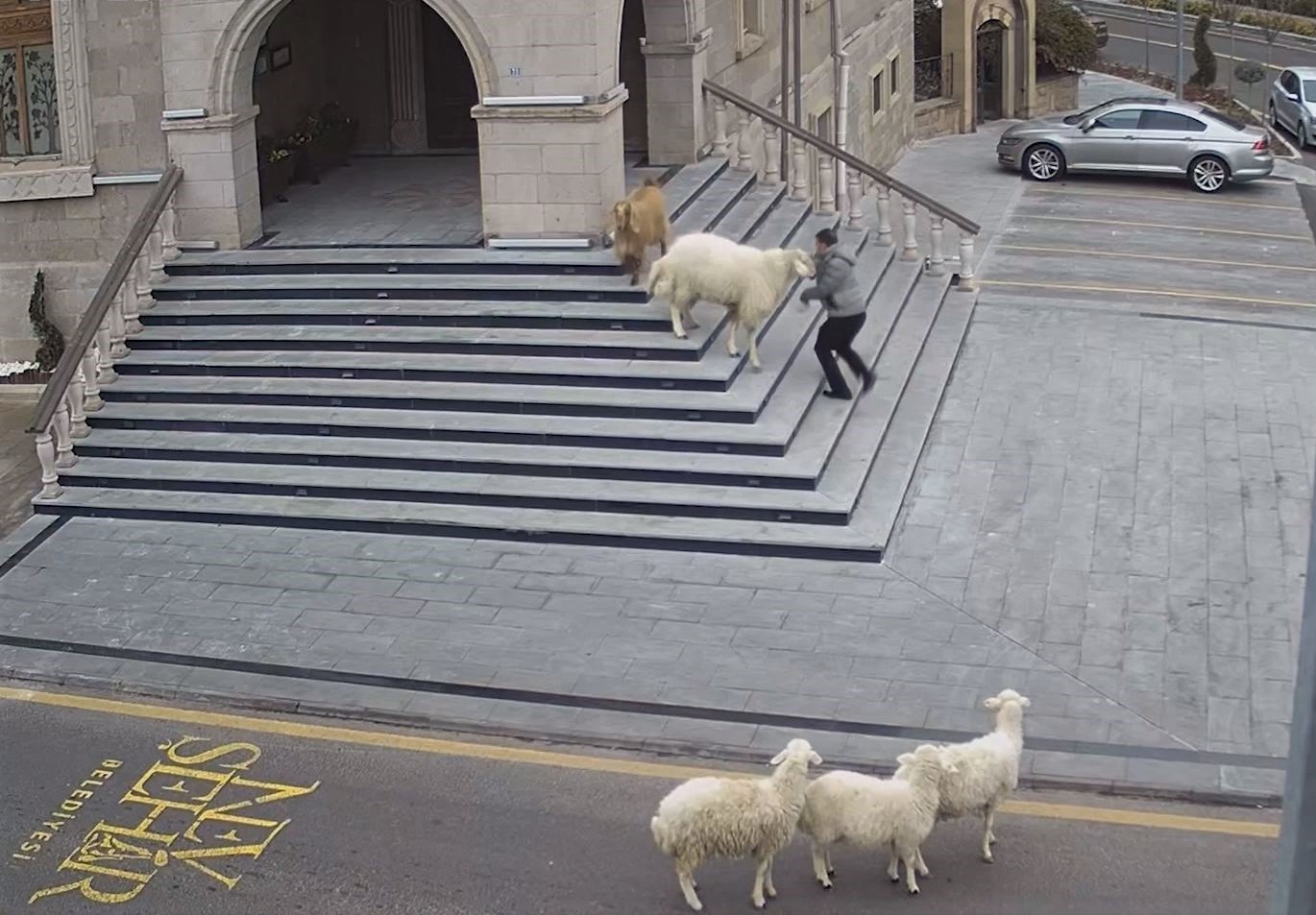 A menacing gang with five known members has been terrorizing the central Turkish city of Nevşehir.

The suspects have been identified as a goat, a sheep and three lambs.

Nevşehir Municipality posted a video on Twitter late Monday, saying "they have been taken hostage" by the animals.

The footage first shows the livestock ramming at security guards attempting to leave the municipality building, forcing them back inside.

The animals proceeded to "terrorize" those in the vicinity, attacking visitors.

Many ran for their lives when confronted with the aggressive animals.

A team from the municipality later took the gang to Animal Town, a special facility that opened last year in Nevşehir to help lost and abandoned animals or those in need of care.

Hours later, the goat, the sheep and the lambs were returned to their owner.