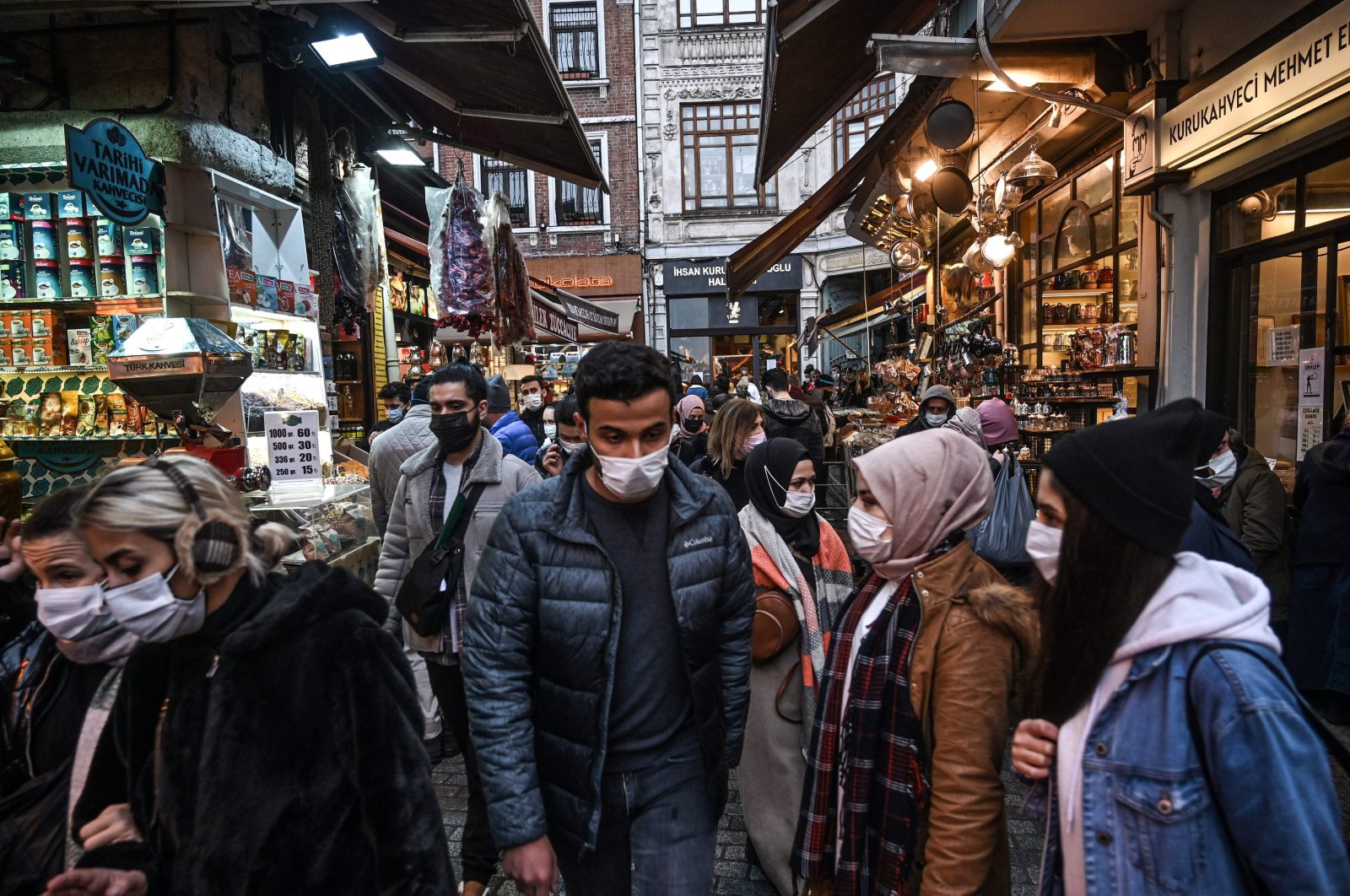 The coronavirus workload has dropped at hospitals in big cities thanks to new restrictions, and the authorities expect an imminent decline in cases across Anatolia in the coming weeks

Big cities in western Turkey have long been a hotbed of the pandemic, whose intensity ramped up in the past few months. New restrictions introduced in the second week of November, however, have brought about a decline in the outbreak trends, media outlets reported Wednesday.

This week, the workload at intensive care units for COVID-19 patients in big cities saw a 20% decrease while hospitalizations also dropped 40% in some cities. The rise and/or stability in the number of cases in smaller cities like Anatolia, however, remains steady, though officials expect a decline by this weekend.

Experts quoted by Turkish dailies Hürriyet and Sabah said the rise in the numbers would prevail in medium-sized cities or those with a population between 400,000 to 750,000. They link the apparent rise to an inadequate rate of immunity among the populations of those cities. An all-out decline will only be possible in 15 days, which roughly corresponds to the incubation period of the virus.

Reports also cite a 5% drop in positive tests to 15% in the past few days. Health authorities believe the pandemic will be felt less in the second half of January and will further drop to the levels seen in the summer when the country eased restrictions upon sharp drops in the number of patients. The prediction is based both on the impact of restrictions and planned mass vaccination.

Turkey is set to receive the first shipment of vaccines from China later this month and expects to receive 50 million doses of the vaccine. It plans to inoculate 25 million people by March. Some 25 million people below the age of 18 will not receive the vaccination. Authorities aim to achieve an immunity rate up to 70% to curb the pandemic, based on the number of those vaccinated and people who recovered from the virus. Meanwhile, the country plans to skip costly antibody surveys after the vaccination drive.

The country currently has more than 1.8 million cases and 16,800 fatalities, while the number of recovered patients has reached more than 1.6 million. Turkey has carried out 21.4 million tests since the outbreak made its foray into the country in March.

Most restrictions, including curfews, were lifted in the country in the summer, and despite this, significant drops were recorded in the pandemic-related figures during the summer months. The decline, however, was thought to be linked to people spending more time outdoors and leaving big cities for vacation resort towns, where the protection against the outbreak was better than in overcrowded cities.

As autumn arrived, Turkey started experiencing a second wave of the outbreak, and with more people in crowded, enclosed spaces, the number of cases returned to the levels in the early days of the pandemic. Recently, the number of new patients and fatalities broke records, forcing the government to take new measures.

In November, the first weekend curfew in months was introduced. It was followed by nighttime curfews on weekdays, while restaurants and cafes were ordered to serve takeout only and establishments with higher infection potential, like swimming pools and Turkish baths, were shut down. Schools were also closed, only two months after they resumed in-person education.

Wearing masks and adhering to social distancing in crowded places are mandatory. Routine inspections are also held every day all across Turkey to enforce the restrictions. Yet, the public negligence of measures is blamed for the rise in the number of infections. Although outdoors inspections and inspections during the curfew can be easily enforced, experts warn that "household" infections remain too big of a risk. Studies show 40% of patients were infected by their family members or relatives, something blamed on people visiting each other at home.

Next in restrictions is a four-day curfew to curb potential infections over New Year's. A curfew will be in force from the evening of Dec. 31 to the morning of Jan. 4. New Year's is widely celebrated in the country, usually with outdoor festivities and parties at nightclubs and similar venues. However, concerns remain that the curfew may have a different impact if people flock to vacation resorts, causing new crowds, the virus's favorite breeding ground.

The rise and fall in the number of cases are linked to a number of factors, and for a group of researchers analyzing wastewater, the mutation of the virus can be among them. Associate professor Bilge Alpaslan Kocamemi of Marmara University in Istanbul leads a team of researchers taking samples from wastewater. She said that the virus was traceable in wastewater for the first two months of the outbreak in Turkey but suddenly it "disappeared" from wastewater in May, pointing to a mutation.

Human waste analysis, which is also used in mapping out drug habits of the population, has been in use in Turkey since April under the coordination of government agencies. It helps monitor the changes in the coronavirus's impact on any given location.

"Our main purpose is to associate the analysis with the number of cases and establish a correlation," Kocamemi told Demirören News Agency (DHA) Wednesday. "This can be described as some kind of early warning system." The wastewater analysis is particularly useful to detect asymptomatic patients who do not undergo tests. The team of researchers currently takes samples from wastewater in 22 cities every two or three weeks.

The latest results of the analysis show the virus spread all across the country in the October-November period while the high number of cases had previously been confined to certain cities like Istanbul and Konya. "Even when the number of cases is low, we encounter a high concentration of virus in the wastewater, and this is because of the high number of asymptomatic cases," she said.