‘I am not that old’: Elderly Turks play tag with police amid corona curfew 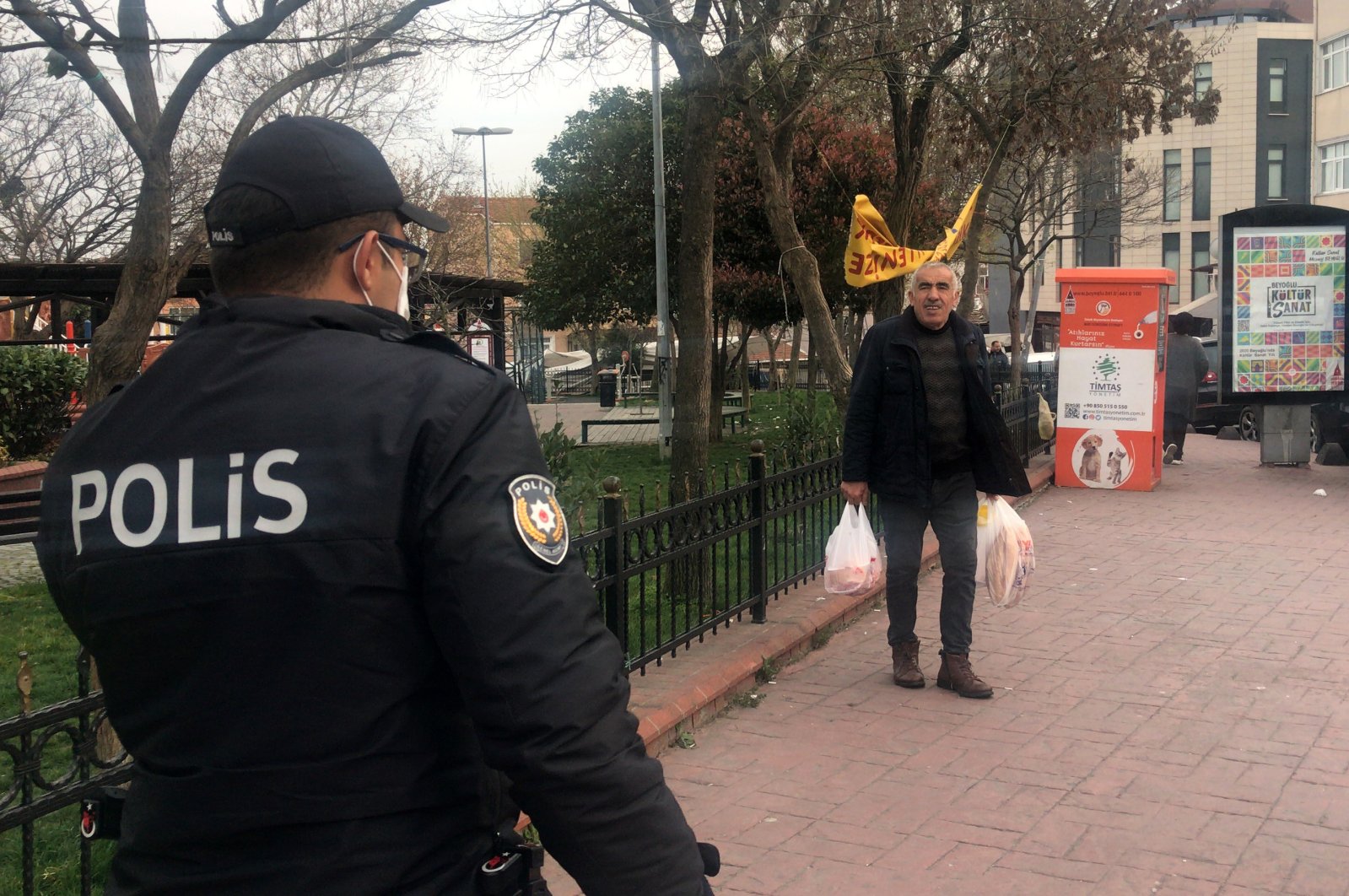 It is perhaps the most dangerous time to be elderly, but the coronavirus did little to daunt the country's senior citizens from going out. "I am not that old," a 74-year-old man told Istanbul police who were enforcing the ban on people aged 65 and older from leaving their house.

After the announcement of the 24-hour curfew on the weekend, police across the country urged those over 65 to stay indoors through megaphones as they patrolled neighborhoods for senior citizens ignoring the curfew.

In Istanbul's Beyoğlu district, police officers had trouble persuading senior citizens to go home, even though those violating the curfew face fines. "I feel overwhelmed at home," a 69-year-old man told police stopping him on the street. Checking the identity of a 74-year-old man, the police officer asked him the reason for staying out. "I am going home; there is time until 5 p.m.,” the old man said, believing the curfew started at that hour. When police insisted he go home, he tried to say he was "younger" and below the curfew age.

During the inspections, the police requested an elderly citizen sitting on a bench at a park to go home. He ignored the police's warning, got on his motorcycle and quickly disappeared.

Meanwhile, another 64-year-old man said he was below the age limit when police caught him during the identity check in Istanbul's Hasköy Park. "There is no age limit, but there is a virus, I am saying it for your health,” police warned. An elderly woman from Turkey’s Antalya also found a way around the curfew. The 65-year-old climbed on the rooftop terrace of the apartment building where she lives and roamed around with a cane in her hand. She was caught on a cellphone camera by another citizen who lives nearby.

Along with the curfew, Turkey imposed a ban on picnics and barbecues. Overwhelmed by the violations, police in Sultanbeyli district resorted to a novel way of warning citizens: Sending drones over picnickers in the Aydos Forest. The loudspeaker installed on the drone warned: “Dear Istanbul residents, it is vitally important for you and your loved ones to stay home. Please do not go out in the street unless it is necessary.”

The Interior Ministry on Saturday announced the closure of all restaurants and ordered a curfew for all senior citizens age 65 and up in a drastic move to curb the country’s rising COVID-19 death toll. The ministry said especially the elderly people living on their own would be taken care of by the governorate. If any kind of need should arise, they would be able to contact the police, gendarmerie and health services for assistance. According to the ministry, people working in the public sector or those whose services were deemed necessary would be excluded from the curfew. “It is of utmost importance for all our citizens to comply with the measures taken to halt the epidemic as soon as possible,” the ministry’s statement said.

While a decrease in the number of people outside offers a glimmer of hope, the fact that thousands ignored calls to stay at home and flocked to parks and coastal areas across the country has had the opposite effect.