Imaging, city hospitals key to Turkey’s success against the pandemic 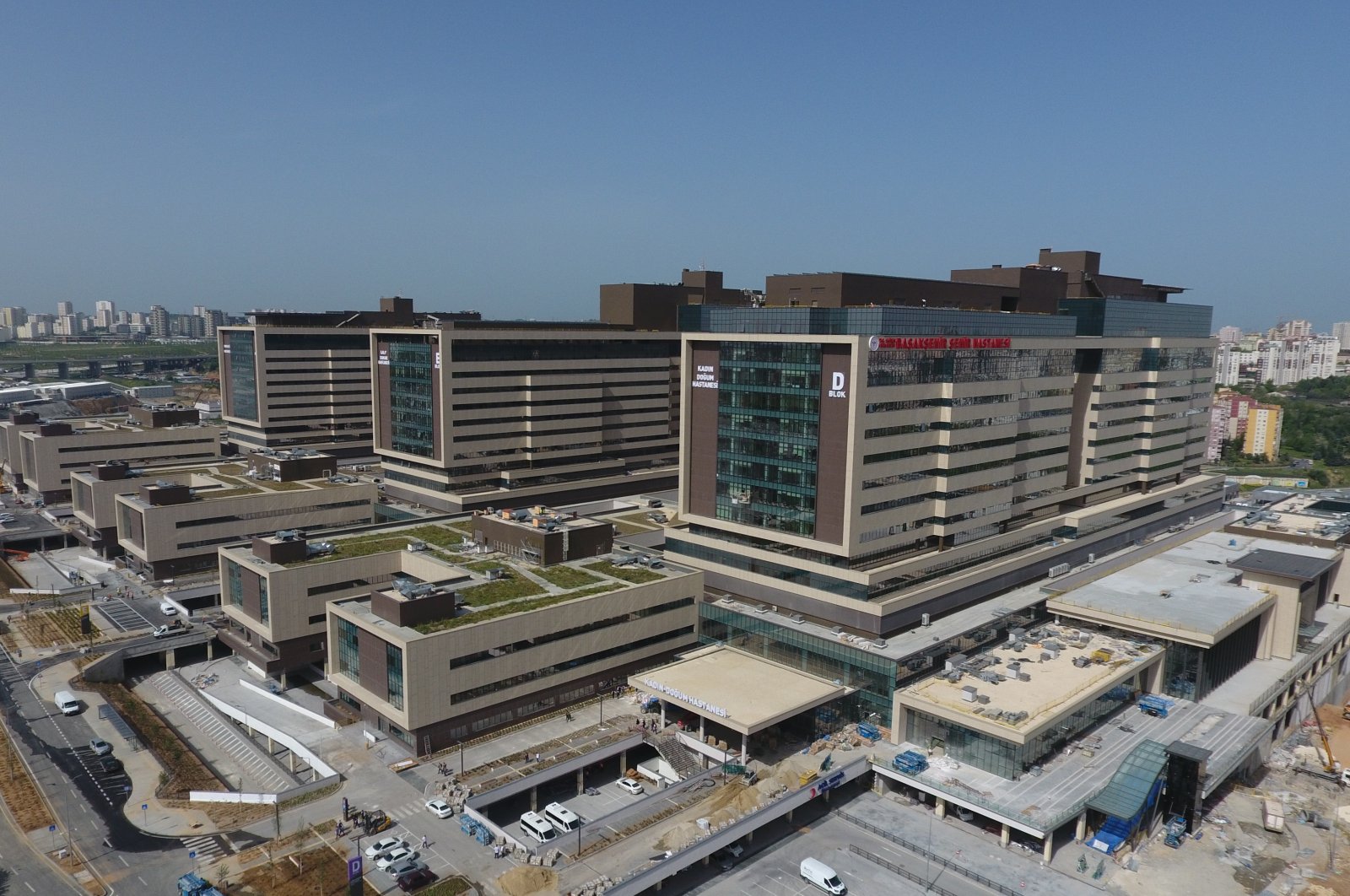 Turkey owes its success in reducing coronavirus-related deaths to early diagnosis thanks to easy access to lung imaging technology, experts say, while the country prepares to open another city hospital this week in its fight against the pandemic

Computed tomography (CT), one of the key strengths of Turkey's medical sector, has been the cornerstone of Turkey's success against the COVID-19 pandemic, experts say. Early diagnosis with lung tomography reduced pandemic-related deaths, the head of an Istanbul hospital hosting one of the city’s leading imaging centers said.

Turkey’s health care system, which has undergone a major transformation since the early 2000s, is credited with an exemplary fight against the outbreak. Along with widespread access to imaging, city hospitals that serve as modern medical complexes boost Turkey’s health care capacity at the time of crises. Health Minister Fahrettin Koca announced on Monday that Başakşehir City Hospital, which will be a significant addition to pandemic hospitals, will be opened Thursday. Construction of two large-scale field hospitals in the city grappling with the highest number of coronavirus cases is also expected to be wrapped up soon while a restored military hospital will also begin serving as a pandemic hospital.

Thousands of patients received earlier-than-usual treatment for COVID-19 thanks to tomography. Doctors did not even have to wait for test results to start the treatment and this helped reduce the death toll and increase recoveries. In a twist of fate, some patients admitted to the hospital for imaging on suspicion of the disease were diagnosed with lung cancer.

"An expected decrease has been recorded in our new case numbers, while other data has varied under the general situation. The role of the days we stay at home is significant (in reducing the number of cases). Let us all stay at home tomorrow and the day after," Koca said in his message Sunday.

Associate professor Necdet Sağlam, the chief physician at Ümraniye Training and Research Hospital, where a leading imaging center is located, says imaging is scarcely accessible for patients in other countries due to few imaging devices and high costs. This prevented hospitals in Europe and the United States from effectively using imaging. “CT scans have been instrumental in early diagnosis in this period. Having enough tomography devices and around-the-clock service is for the advantage of our patients and health care staff,” Sağlam told Demirören News Agency (DHA) Monday. We are in a better place in terms of early diagnosis and treatment,” he said.

The pandemic forced the center to cope with an influx of cases. The number of patients requiring lung imaging, which varied between 30 and 50 before the outbreak, rose to 300 daily. “CT scans are also used in monitoring the recovery of patients. All in all, it greatly contributed to our accomplishment in fighting the pandemic,” Sağlam said.

Ümraniye Training and Research Hospital saw the fallout from the outbreak like other hospitals that were flooded with patients but early measures reduced the impact of this new challenge. Sağlam said they decided to allocate one CT device exclusively for coronavirus patients when the first cases were reported back in March. A second device was put into use when the cases increased.

Polymerize chain reaction (PCR) tests were not as quick as expected and CT scans helped achieve a quicker diagnosis in suspected cases, Sağlam said. “It even helped us to determine the severity of the case and direct patients to different wards based on the severity of their illness. Patients with less severe cases are sent home for isolation and their health is regularly monitored. Tests can fail at detecting it but lung tomography can offer guidance for doctors. For instance, a patient can have a severe case of pneumonia that can be detected only through a CT scan. Those patients should be hospitalized. So, tomography has been instrumental in both diagnosis and planning treatment,” Sağlam said.

Professor Yaşar Bükte, who heads the radiology clinic of the hospital, says Turkey’s greatest weapon in fighting the pandemic is to have at least two CT scanners in big hospitals. “Tests giving fast results that were used during the beginning of the outbreak had a high rate of false-positive or negative results. Some cases that falsely tested negative were directed to imaging here, and they were correctly diagnosed positive. No other countries had effectively used imaging the way we used it,” Bükte said.

The pandemic also inadvertently helped patients with other lung sicknesses get an early diagnosis. Bükte said they discovered 35 patients who were in the early stages of lung cancer while scanning them for coronavirus.

City hospitals, which bring together a cluster of different hospitals under one roof in densely populated areas, proved to be a worthy health care investment for Turkey at the time of the pandemic. With their massive number of staff and high-tech facilities offering free treatment, they helped the country cope with a barrage of cases. Başakşehir City Hospital, located in the eponymous Istanbul district on the city’s European side, will join the growing number of city hospitals when it is fully opened Thursday. The hospital in this suburban district was partially opened to relieve the burden of the pandemic on the health care sector.

Set to be the largest in Europe in terms of intensive care units (ICU) once it is fully opened, the massive health care complex has the ability to convert all of its beds into ICU beds if the need arises.

Built with a Japanese partnership, the hospital will be opened by President Recep Tayyip Erdoğan and Japanese Prime Minister Shinzo Abe. The hospital, which has an enclosed space of more than 1 million square meters, has 2,682 beds and 1,730 rooms, along with 90 surgery rooms, 708 clinics and 456 intensive care unit beds.

The Health Ministry also started constructing two field hospitals on the European and Asian sides of Istanbul. The hospitals will have a 2,000-bed capacity.

Turkey has so far opened 10 city hospitals and the construction of eight others is expected to be finished by the end of 2020.

The city hospital project is part of the government’s ambition to increase bed capacity and address a shortage of doctors in cities with a high population density. They are mainly located in suburban areas and operated with a private-public partnership model. They are leased to private companies, and the government pays a fee for medical imaging, laboratories, security, maintenance and health care workers' salaries.

288 Turkish citizens evacuated from US

Turkish nationals were evacuated from the U.S. early Monday and placed under a 14-day quarantine to mitigate the spread of the novel coronavirus.

The 288 Turks, including 16 infants and 21 children, were taken to Trabzon province and later sent to a student dormitory for quarantine after health checks.

Turkey has repatriated nearly 70,000 nationals from 107 nations under the instructions of Erdoğan and in coordination with the Foreign Ministry.