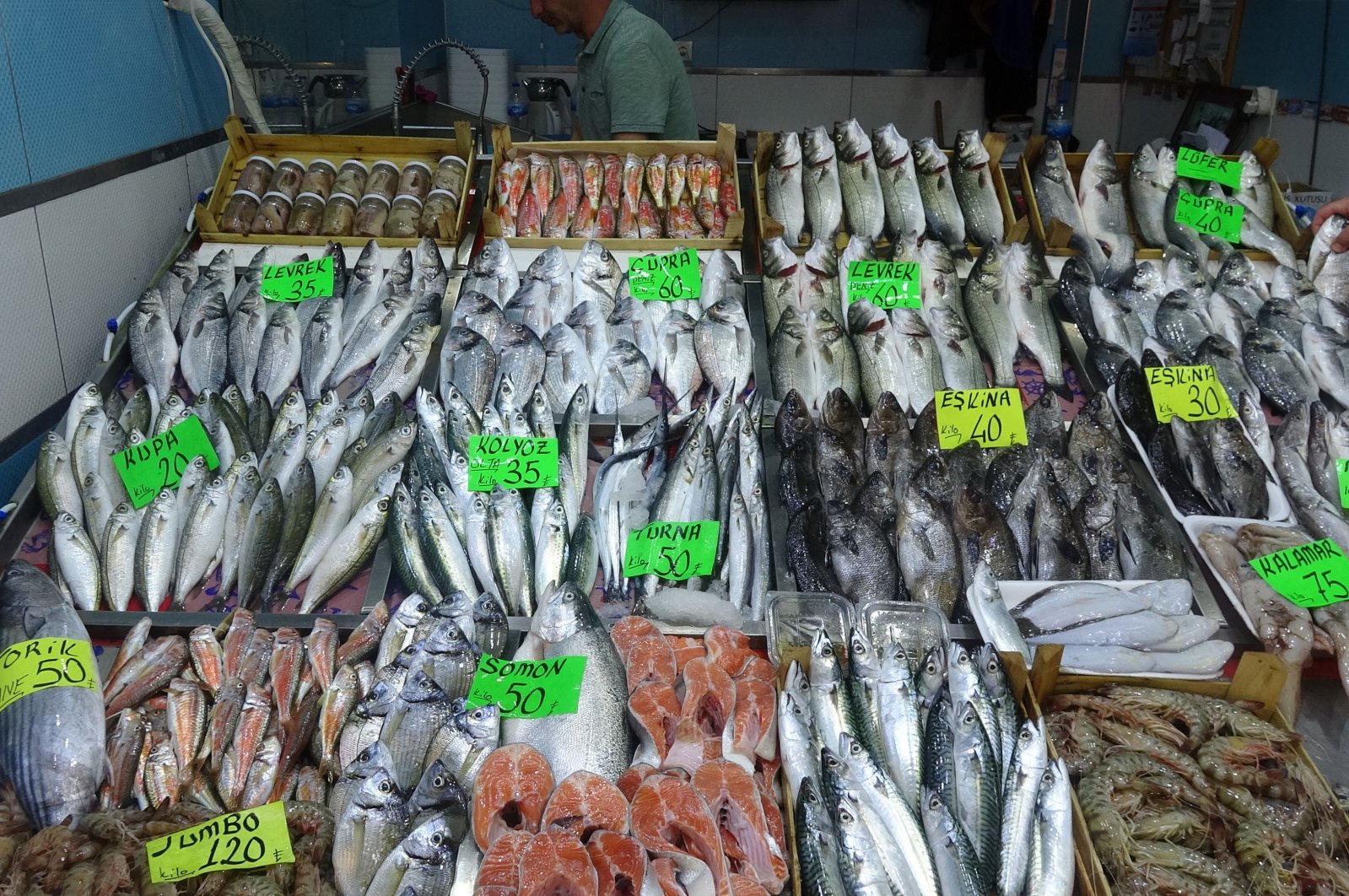 Surrounded by four seas, there is plenty of fish in the sea for Turks. Yet, the meat-crazy nation lags behind other countries in fish consumption. Minister of Agriculture and Forestry Bekir Pakdemirli lamented that fish consumption has plateaued in the past two decades and urged the public to eat more fish.

“We see an increase in production and exports but consumption plateaued while red meat and chicken consumption is on the rise. Certainly, all sources of protein should be consumed in a balanced way. I call all citizens to eat more fish to stay healthy,” Pakdemirli said Wednesday during a visit to a fishing company in the western Turkish city of Izmir.

The latest available data from 2018 show fish consumption per person was around 6 kilograms (13 pounds) a year in Turkey, far behind average consumption of about 24 kilos in European countries.

“Fish is the most important source of protein, and our government actively endorses its consumption. It should be a component of the cuisine not only in coastal cities and towns but in landlocked parts of our country as well,” Pakdemirli said.