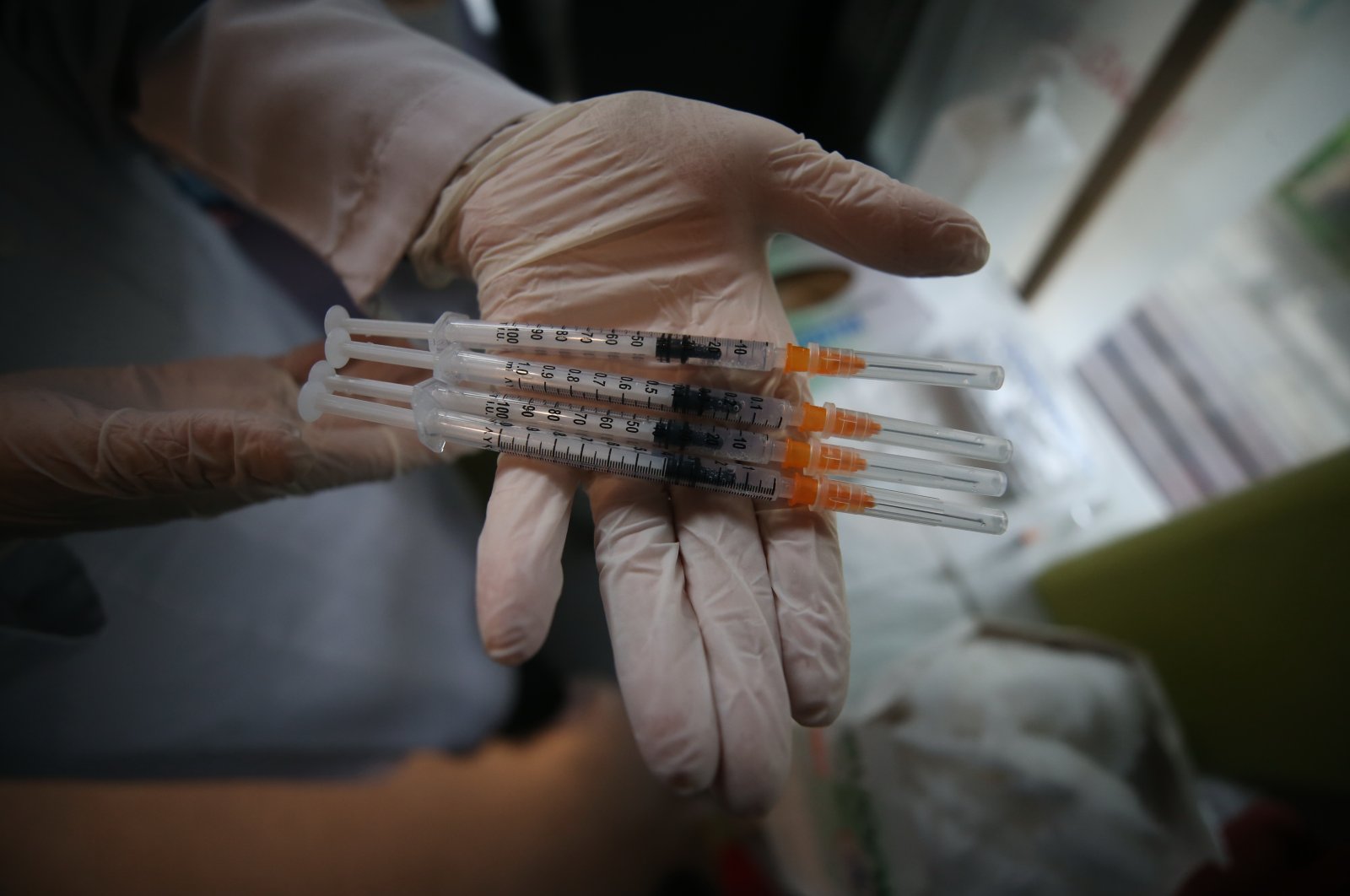 Over 114.63 million doses of COVID-19 vaccines have been administered in Turkey since the launch of its immunization drive in January, official figures showed Wednesday as the Health Ministry discussed several issues on its agenda including the coronavirus, vaccinations, infections and influenza.

Over 55 million people have received their first dose of a COVID-19 vaccine, while around 47.71 million are fully vaccinated, the Health Ministry said.

Turkey has also given third booster shots to more than 10.9 million people.

Some 361,350 virus tests were done over the past day, the data showed.

Turkey’s Health Minister Fahrettin Koca said in a statement that while people under 30 make up nearly half of the coronavirus cases, elderly people and patients in intensive care units constitute most of the fatalities in the country.

Underlining the significance of vaccination in the fight against the pandemic, Koca once again called on citizens to get fully vaccinated.

"Vaccines provide very limited protection (against the coronavirus) without full vaccination,” he said. "The spread continues no matter how much effort we put in, especially if herd immunity has not been achieved.”

Regarding Turkey’s local vaccine Turkovac, Koca assured its reliability, saying that each stage of its development is evaluated by independent scientists.

He called on those who received two doses of inactive vaccines to volunteer to receive Turkovac to support its development.

In August, Turkey expanded vaccine eligibility to young people aged 15 and older and those over 12 with chronic ailments.

Since December 2019, the coronavirus pandemic has claimed over 4.92 million lives in at least 192 countries and regions, with more than 241.97 million cases reported worldwide, according to the United States-based Johns Hopkins University.

Koca also touched upon the influenza virus, saying that the spread of last year's seasonal flu was limited due to mask-wearing and other COVID-19 measures.

"This year, although influenza has an increasing trend in the world, it has not yet been seen in our country. However, other respiratory viruses have started to be seen widely. It shows that we are more lax in the use of masks and distancing this year compared to last year," he said and added, "(These) precautions also protect us against influenza."