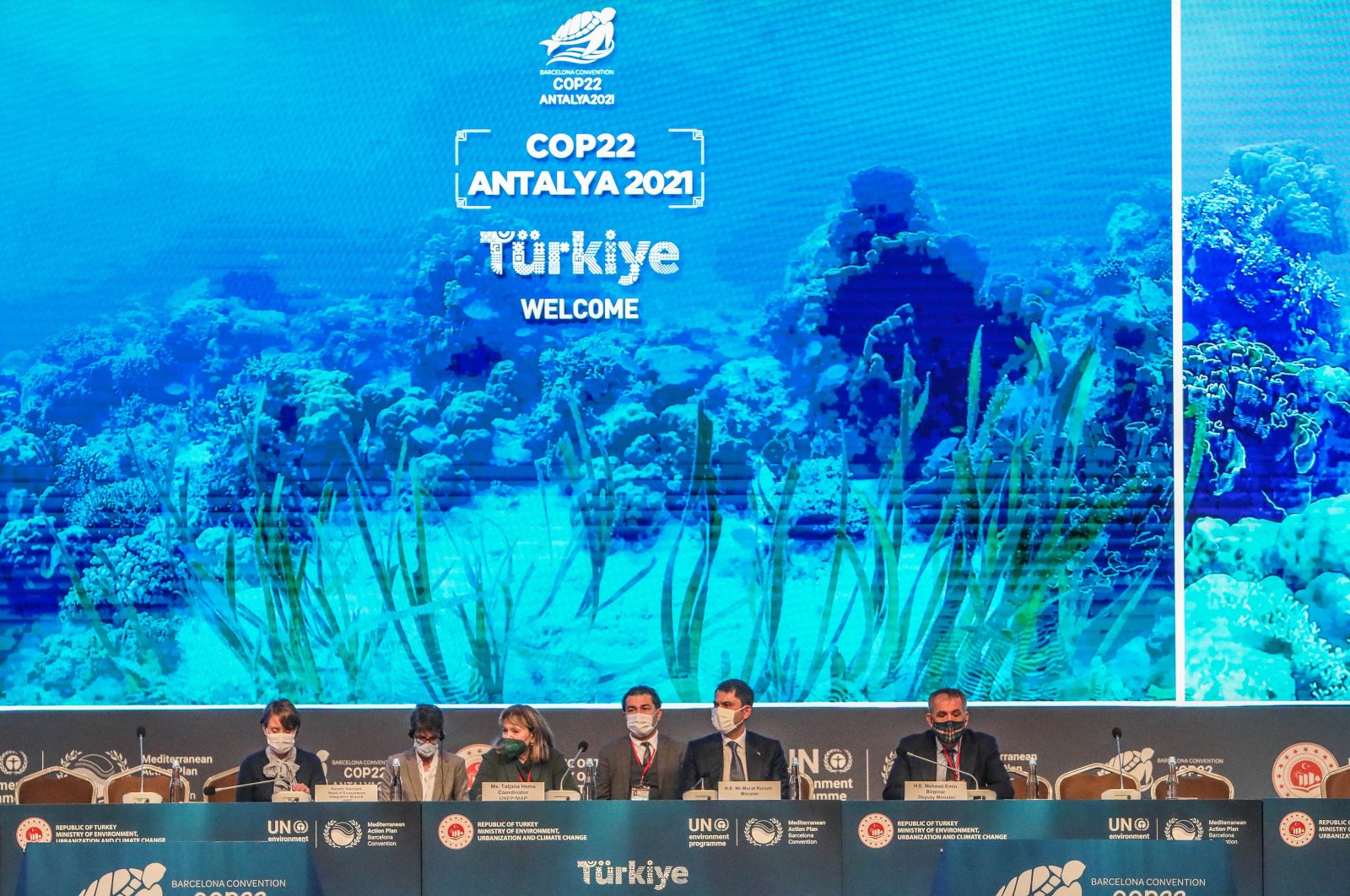 A three-day summit which brings together representatives of countries littoral to the Mediterranean Sea began on Tuesday in Antalya, with participants vowing to find ways to stave off heightened pollution and other dangers the massive body of water faces

“If the Mediterranean could speak, she would complain about us,” Minister of Environment, Urban Planning and Climate Change said as he inaugurated a summit for protection of the sea.

The four-day summit in the Mediterranean province of Antalya aims to tackle these “complaints” as the sea stretching from the Middle East and North Africa to the far southwest of Europe is in grave danger amid climate crisis and pollution.

Turkey is home to a stretch of 1,577 kilometers (979 miles) of the Mediterranean coast, where its primary tourism destinations are located. “Everyone here can guess what the Mediterranean, some 150 meters from here, has to say if she can talk,” Kurum told participants gathered at a venue in Belek, a gem of the Turkish riviera and a nesting ground for endangered loggerhead sea turtles.

“She would speak how human beings harmed her. She would speak about the biological invasion, harmful fishing activities, coast pollution and reduced ecological quality,” Kurum added.

The minister said that issues had piled up regarding the state of the Mediterranean Sea, from problems in waste disposal to industrial waste dumping, from uncontrolled coastal development to pressure of exotic invasive species on natural habitat. “Still, we have no room for despair. We should see the future as now and take decisive steps for a better Mediterranean, better environment and nature. Turkey, for instance, has focused on its ‘2053 Blue Plan,’ which includes long-term preservation efforts for its bodies of water,” he said.

The theme of the summit is “Towards A Blue Mediterranean: Leaving a Pollution-Free Legacy, Protecting Biodiversity and Sustaining Climate Stability.” Kurum said this goal is something that cannot be achieved by a single or a few countries and that all countries littoral to the Mediterranean should cooperate.

Some 400 participants from 20 countries, from ministers to academics and representatives of nongovernmental organizations (NGOs) attend the event, which will also host 38 side events focusing on the protection of the Mediterranean.

Carlo Zaghi, the President of the Bureau of the Contracting Parties to the Barcelona Convention, told the summit said they were working to reverse the pollution trend in the Mediterranean Sea. “The region is under risk and suffers from significant biological losses, biodiversity losses. Pollution from maritime activities and tourism sector also heavily impacts the sea,” he noted in a videolink address to the event.

Zaghi also pointed out the impact of increasing maritime traffic in the last decade and increasing emission of sulphur carbon dioxide to the water. “We can have a Mediterranean Sea free of garbage and clean,” he said.

The summit will also be the venue for the Istanbul Environment Friendly City Award, which recognizes local authorities’ efforts for sustainable development for the preservation of the Mediterranean coast. Turkey’s Izmir and Israel’s Ashdod had won the award in the previous two editions.

First lady Emine Erdoğan will also attend the summit and host a roundtable meeting of female leaders of the Mediterranean region during a side event.

A recent report by the Intergovernmental Climate Change Panel (IPCC) points out that the Mediterranean Sea will face more threats in the near future from temperature rises and forest fires. The summit will also discuss the issue of single-use plastics, whose use increased during the COVID-19 pandemic, and ways to dispose of maritime waste.