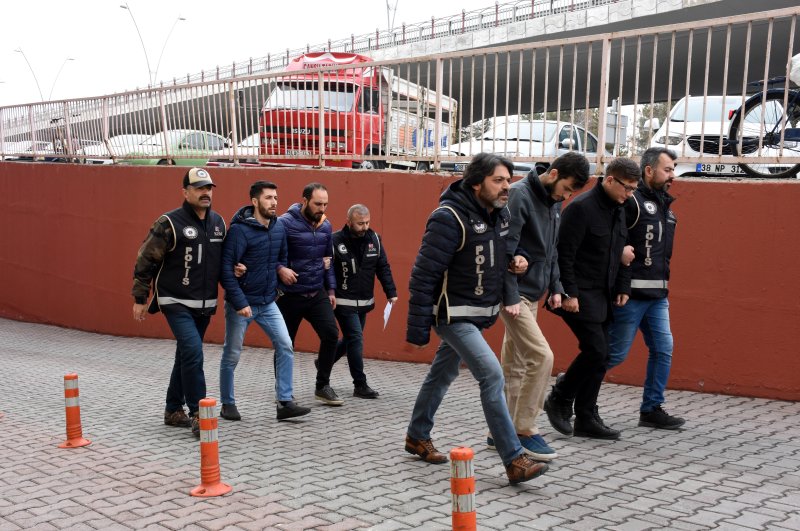 Police in the capital Ankara arrested 101 suspects in two separate operations against the Gülenist Terror Group (FETÖ) on Friday. The operations targeted FETÖ infiltrators at universities and those involved in fraud at an exam required for employment of candidates to work at the Foreign Ministry.

The terrorist group, which was behind a 2016 coup attempt, faces operations almost on a daily basis. On Friday, police sought the arrest of 121 people involved in stealing questions and answers for exams in 2010, 2011, 2012 and 2013 for consular duties and to be civil servants at the Foreign Ministry. Forty-four suspects were arrested and operations were underway to capture the others.

FETÖ is implicated in a string of fraud and cheating allegations surrounding public exams. The group is accused of using the exams as a stepping stone to the public sector, where many of its members found jobs. Several members of the terrorist group were already convicted of mass cheating in a nationwide exam required for employment in the civil service. Multiple investigations into the group's methods for cheating found that FETÖ leaked questions and answers to younger members, either handpicked by the group's leaders or eager to join the public sector. Former members of the group had testified in other cases that "brothers" or "imams," point men and handlers for FETÖ, provided them with the questions and answers ahead of exams.

The group are believed to have gained access to well-protected questions and answers through infiltrators in bodies tasked with organizing the exams. The Ankara Chief Prosecutor's Office launched investigations concerning police exam cheating after the 2016 coup attempt by the group's military infiltrators.

In another operation against FETÖ’s network of infiltrators at universities, authorities issued arrest warrants for 66 suspects and police captured 57 among them.

The terrorist group has been under the spotlight since the coup attempt on July 15, 2016, that killed 251 people. FETÖ posed as a religious group for years under the leadership of Fetullah Gülen who now resides in the United States, before it disclosed its true intention – to topple the government and create chaos in the country – in 2013 with two plots targeting people close to the government. Turkey managed to stave off these attempts and launched operations against the group, which was designated as a national security threat. In 2016, the terrorist group tried to seize power again, this time by staging a coup attempt with the aid of its infiltrators in the Turkish Armed Forces (TSK). This attempt was quelled too. Police have launched countless operations against the group since the 2016 attempt. Hundreds of military infiltrators were discovered and arrested in investigations while tens of thousands were arrested for links to the group.