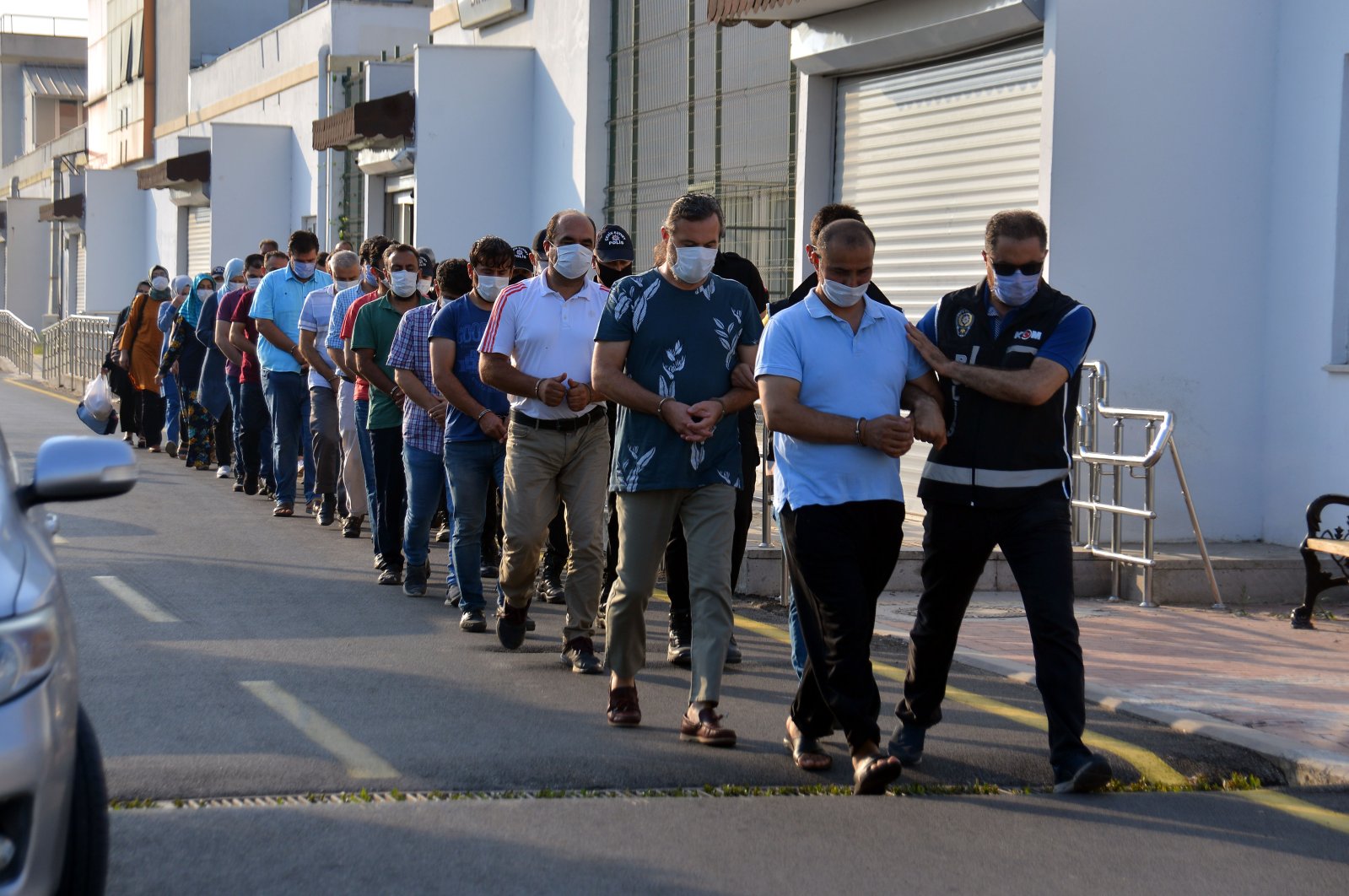 Security forces on Tuesday arrested 12 suspects who were discovered using ByLock, an encrypted messaging app developed and exclusively used by the Gülenist Terror Group (FETÖ). Suspects were among 31 wanted by the Chief Prosecutor's Office in the capital Ankara. Operations were underway to capture the other suspects. The wanted suspects include civil servants, and operations were held in 10 provinces to capture the suspects.

ByLock was discovered during criminal inquiries into the terrorist group, whose criminal activities have been under the spotlight since two coup attempts in 2013. The National Intelligence Directorate (MIT) uncovered the messaging app apparently programmed or modified for the exclusive use of the group's members by someone linked to FETÖ.

According to media reports, the FETÖ-linked staff working in a powerful intelligence department of the Turkish National Police were the "architects" of the app, or rather its modification to serve the purposes of the group. A group of intelligence officers has been accused of controlling the private app used to deliver Gülen's messages to his followers, as well as to instruct the group's members on how to carry out plots against anti-Gülenists.

The ByLock investigation was expanded after the 2016 coup attempt by FETÖ, and thousands of people accused of using the messaging app for communicating group leader Fetullah Gülen's messages to subordinates and for pro-terrorism propaganda have been detained or arrested.

Prosecutors have launched investigations on thousands of suspects, ranging from shopkeepers to high-ranking generals and bureaucrats, housewives, and prominent business people were detained for exchanging messages via ByLock on suspicion of acts of terror.

Most of the defendants claim they "accidentally" downloaded the app and never used it, while others claim they did not use it for FETÖ messages. However, the messages, including those urging FETÖ members to help the coup plotters, show that the app was one of the most-employed means of communication in the secretive group. Other encrypted messaging apps were later used by FETÖ members after the authorities discovered ByLock's use.