147 arrested in operations against FETÖ terrorist group in Turkey 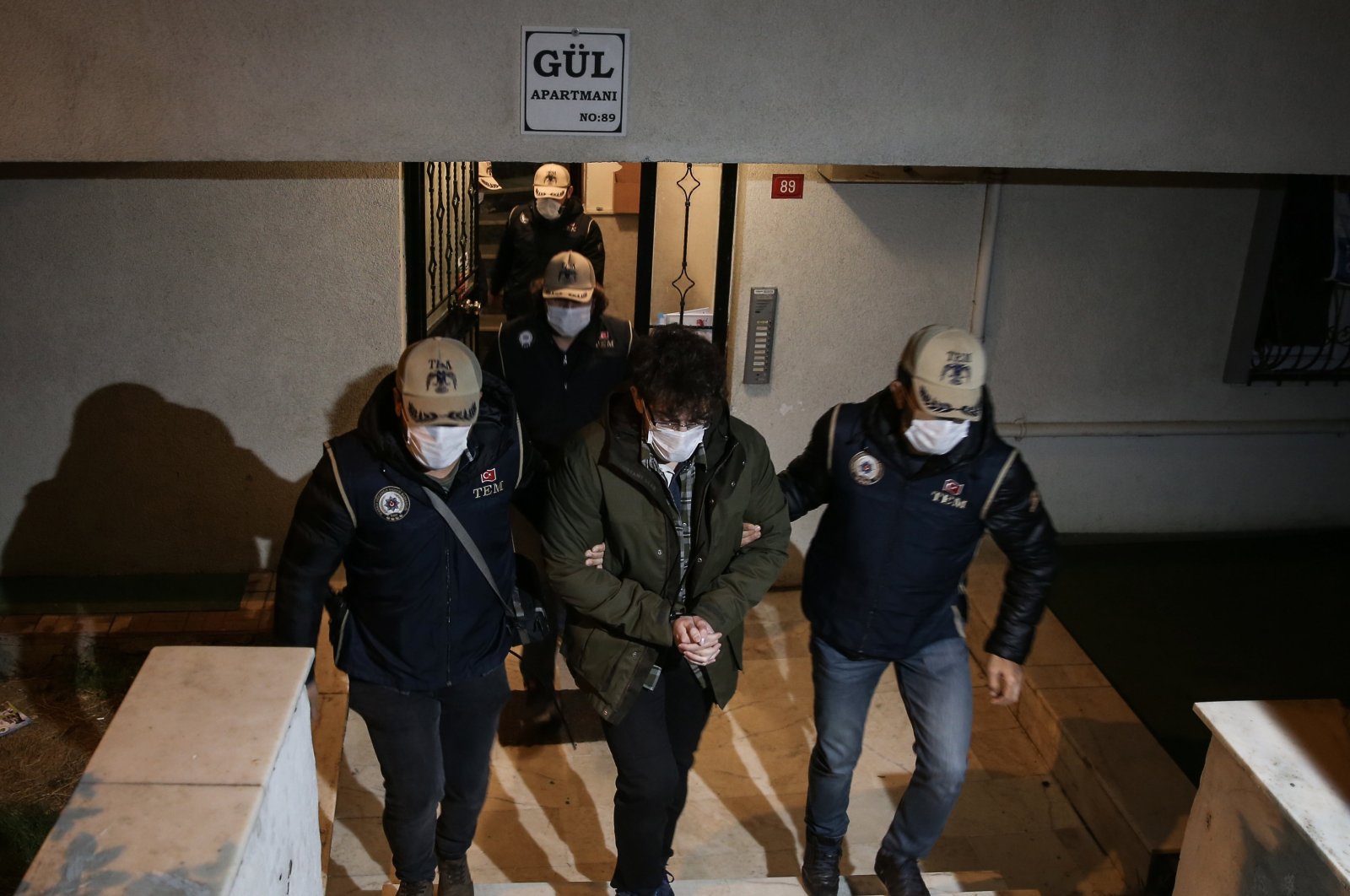 Police across the country launched raids on Tuesday morning to capture suspects linked to the Gülenist Terror Group (FETÖ), which was behind a coup attempt on July 15, 2016. A total of 147 suspects, from soldiers and police officers to civilians, were arrested.

The largest number of arrests were in the western province of Izmir. A total of 116 suspects were detained in two separate operations. The first operation was against FETÖ members who infiltrated the military. The Izmir Chief Prosecutor’s Office issued arrest warrants for 82 suspects including 70 active-duty soldiers. 72 were arrested in operations in Izmir and 38 other provinces while manhunt was underway for others. Suspects were identified by their communications with the terrorist group’s civilian handlers via payphones to avoid detection. All suspects were specialist sergeants and were serving in different branches of the army, from gendarmerie to land forces, air forces and naval forces. The prosecutor’s office also announced in a statement that evidence showing links between 848 military officers and the terrorist group was sent to the Turkish Armed Forces (TSK) to launch proceedings for their dismissal from the army. In another Izmir-based operation, 44 suspects, all former police officers who were expelled from law enforcement on suspicion of links to the terrorist group, were arrested in operations in six provinces. Like the military officers, they have been in touch with FETÖ’s secret handlers.

In the southeastern province of Şanlıurfa, prosecutors issued arrest warrants for 19 suspects including a colonel and a lieutenant colonel accused of being FETÖ infiltrators. All suspects were detained in operations in 13 provinces.

Elsewhere, police in the capital Ankara detained 12 out of 20 wanted suspects in operations against users of Bylock, an encrypted messaging app developed and exclusively used by FETÖ members. Suspects were identified through confessions of former members of the terrorist group detained in earlier operations. A manhunt is underway for eight other suspects. Among those detained was the son of Ercan Taştekin, former police chief for the eastern province of Bingöl, who was dismissed from duty and arrested in earlier operations against the terrorist group.

The terrorist group, led by Fetullah Gülen who currently resides in Saylorsburg, Pennsylvania, in the U.S., orchestrated the 2016 coup attempt through its military infiltrators. It has faced heightened scrutiny since then. Thousands of people linked to the group were detained or arrested following the coup attempt.

Through its "imams," or handlers, FETÖ kept in contact with its infiltrators and gave them orders. Their efforts to disguise themselves long prevented detection, and only after their first coup attempt by the group in 2013 did investigations disclose their tactics. As FETÖ members have been identified, more have come forward to shed light on the group's plots, leading to additional arrests. Categorized for decades as a religious group, FETÖ was a prominent group in Turkey, but investigations after the coup attempts revealed an extensive network of members that were hiding their allegiance, known as “mahrem,” or "secret" in Turkish.