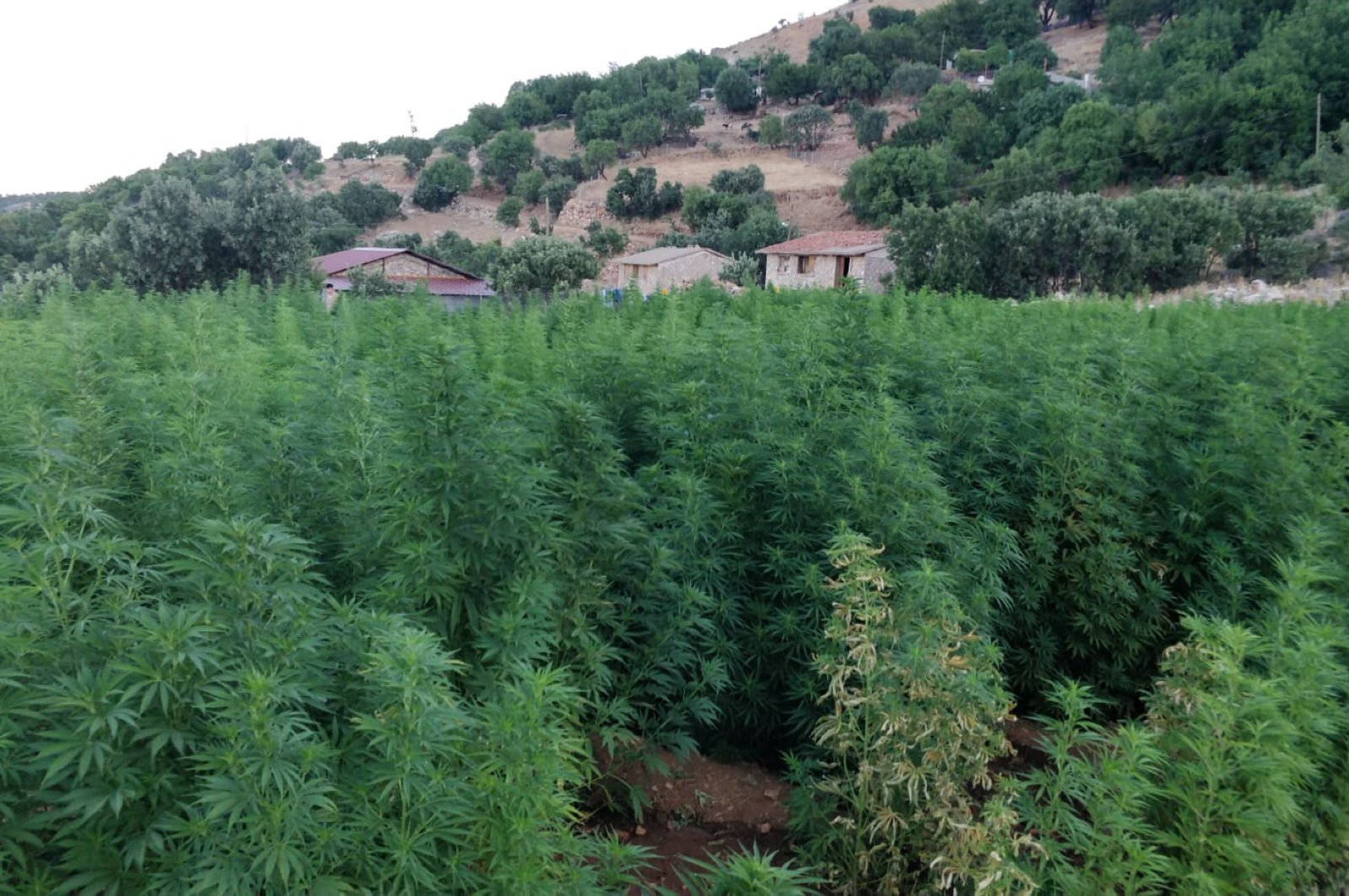 As many as 50.2 million cannabis roots and nearly 10 tons (20,000 pounds) of cannabis drugs were seized last month, he added.