16 detained in operations against DHKP-C across Turkey 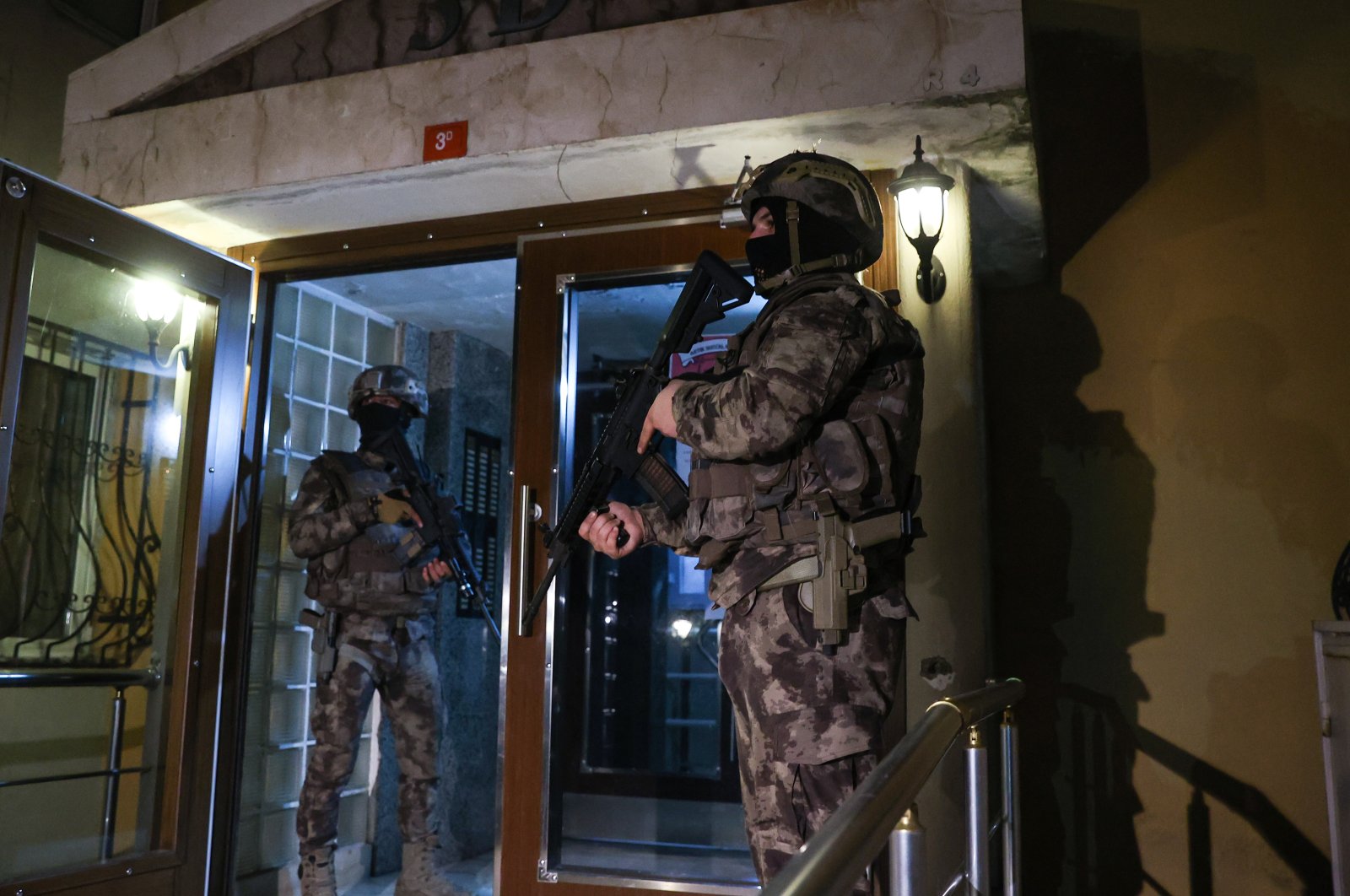 Police in Istanbul and four other cities detained 16 suspects linked to the Revolutionary People’s Liberation Party-Front (DHKP-C) terrorist group early Friday. The suspects were among 27 wanted for their links to the group, with the manhunt to capture the others still ongoing.

The operation came after an investigation by counterterrorism police in Istanbul against the group, which was behind a string of terrorist attacks in recent years. The investigation was the result of the seizure of an immense digital archive belonging to the terrorist group in October. The archive, confiscated in operations, helped authorities determine the connections between the suspects captured in October and a nationwide network of terrorists.

The suspects captured in Friday’s operations are accused of acting as couriers relaying the DHKP-C leadership’s orders to members across the country. One suspect, who's initials are B.K., was accused of using encrypted notes to relay orders from the group's leadership hiding abroad.

The terrorist group pursues a far-left ideology and has been actively carrying out attacks and assassinations in the country since the 1980s, but its campaign of violence hit a snag when faced with Turkey's barrage of anti-terror operations. The DHKP-C's most high-profile attacks include a suicide bombing that targeted the U.S. Embassy in the capital Ankara in 2013 and the killing of a prosecutor in an Istanbul courthouse in 2015.